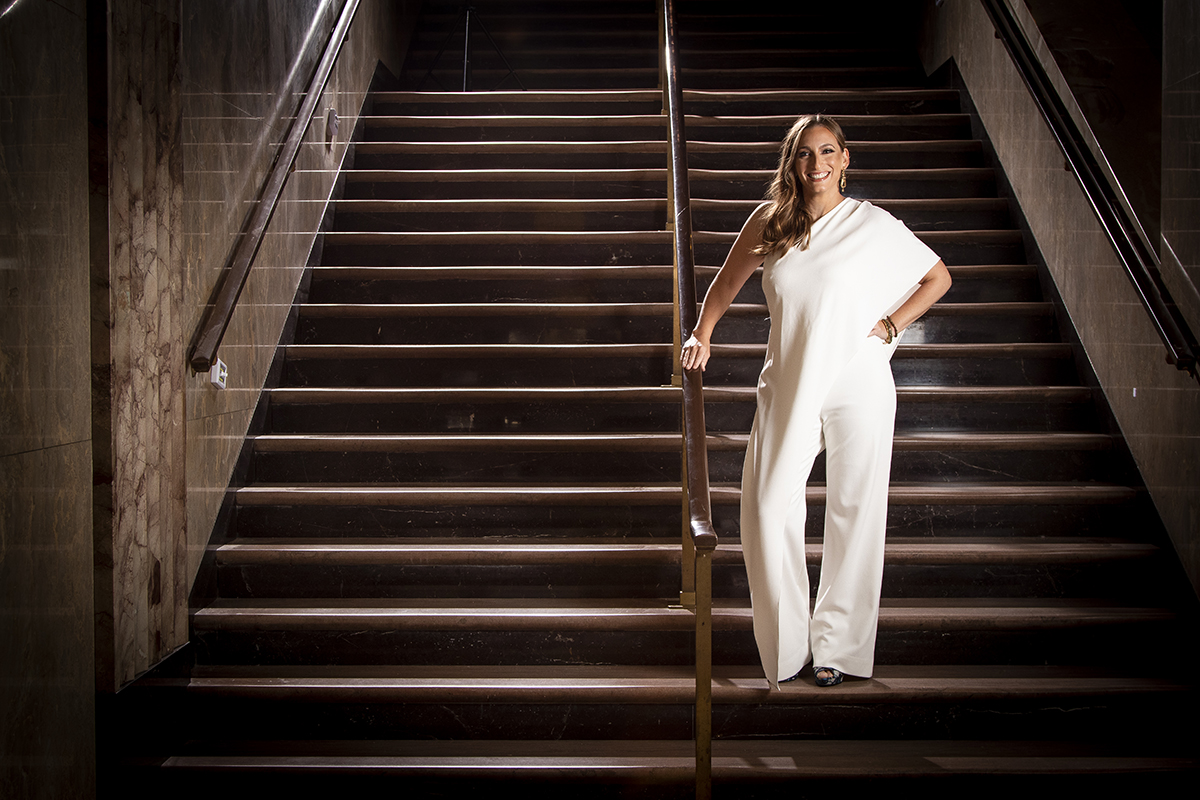 In the first of this two-part story, the Miami Foundation’s CEO reflects on how the past informs her present work 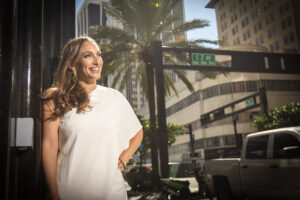 In another life, perhaps Rebecca Fishman Lipsey would have topped the Billboard charts by now as a singer/songwriter. After college, while living in New York City, she’d perform original material behind the piano at open mic nights in Greenwich Village. She describes the songs as “soulful, jazzy, and bluesy, with a touch of angry chick rock.”

After spending time with the 40-year-old mother of two boys (with her husband, Jay), it’s not hard to imagine her doing anything to which she puts her mind. But by that time in New York—thankfully, for hundreds of nonprofits and grass-roots organizations in and around Miami that just didn’t realize it yet—she already had embarked on the road less-traveled.

The graduate of the University of Pennsylvania was teaching at an inner-city school in Harlem, the beginning of an inspiring, innovative and service-minded journey that, last June, led her to the Miami Foundation. As CEO and president of the region’s philanthropic backbone—a community foundation that oversees an endowment with some $400 million in assets—she works with 30 full-time staffers (and 20 board members) to identify issues important to Miami and to the foundation’s funding partners. But in a major metropolitan area with so many needs, it’s also about having an ear to the ground.

“I’m constantly asking myself these types of questions,” says the visionary behind Radical Partners, the social impact accelerator that she launched in 2013 (which continues to thrive, despite her departure). “How much are we listening to the voices of the constituents in our community who have lived experiences with the issue we’re trying to solve? Are we respecting their perspective? And are we incorporating their desires for their community—or are we just swooping in with a solution from the outside?”

As the foundation prepares for its annual Give Miami Day, the resident of Aventura spoke to Lifestyle about how her past has so richly informed the present.

In a blog post before starting at the Miami Foundation, you wrote that the Miami story is in your blood because of your grandparents. How has their story shaped your journey?

My grandparents came to the United States as kids; they fled during World War II from their home countries. My grandmother [from Hungary; her grandfather was from Poland] had nine siblings; she lost her mother and her older sister in the Holocaust, along with cousins, aunts and uncles. Plus, she was disconnected from her father. The family was completely disrupted and in a place of trauma. Suddenly, she’s the oldest survivor in this epic family, and she has to raise her younger siblings.

The family was well to do before the war, but of course they came here with nothing—and without knowing English. She worked in a button factory in Brooklyn and scraped enough together to take care of her brothers and sisters. She lied about her age to get into the United States—and continued lying about her age until the day she died. She lived her life terrified that she would get sent back because she came here under false pretenses.

She instilled in me that education was most fundamental right that she had as a human being. That’s all she came to the U.S. with. [Rebecca begins tearing up.] Sorry, I get so emotional talking about this. “That’s the one thing someone can’t take away from you,” she would say. So, get an education.

This is why Miami speaks to me so much. This is the story, the soul, of our community. How many people have fled their countries and come here to build a better life for their families? Or to find safety? Or opportunity?

It’s such an honor, a generation or two later, to be able to give back in that way. To build a place where everyone can thrive.

You spent two years at a public school in Harlem (2004-2006) as part of Teach for America—and later became executive director of that nonprofit in Miami. What drew you to that organization?

This is one of the greatest promises of our country—for every child, regardless of their background, to have access to high-quality education and opportunities. Limitless opportunities. It’s troubling to look around the country and see that we’re not delivering on that promise.

The theory behind the two-year term of service at Teach for America is the belief that if you can recruit outstanding people and place them in a classroom, two things will happen. One is the hope that they will do an amazing job for their students. And the second is that you’re going to get them for life to be obsessed with issues around education.

I wanted to see what was broken within our school system and how solvable it is. My thinking was, whatever I did from there, it would be anchored in a commitment to that issue. That’s exactly what happened. 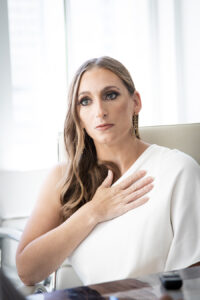 As a white, Ivy League-educated woman teaching in a Harlem school, were you challenged as far as connecting with your students?

In the same way [I can tell] you were worried about how to phrase that question, I needed to release from any fear of how I might come off. Instead, I had to be focused on building authentic, deep relationships.

I also had to release myself from any assumptions I had. Coming in, many people, myself included, had assumptions about what was happening at that school. For example, were the families of the students not prioritizing education? Well, that was completely untrue. They cared so much about their kids’ education. Many of my students had parents who were working multiple jobs, trying to stay afloat, trying to give their kids the world.

So, it was important for me to come in with humility, and to be willing to learn, fail and grow. And, also, to become comfortable understanding my race, my class, my privilege, and how that showed up. I think I was the only Jewish person in my school, and one of the only white people.

Most importantly, I wanted those students to get an outstanding education from me. It was a fascinating experience, and it taught me so much.

Is it a leap to assume that some lessons from that period continue to resonate in your current role?

In leading the foundation, my responsibility is to identify issues that matter in Miami—and to bring together resources and power to help solve those issues. I have to recognize the power that I have, the connections that I’m leveraging, who it is that’s being invited to have conversations at the table, who is getting resources to implement solutions, and who’s not. And if they’re not, where are those barriers coming from—and how can I dismantle them?

Many of the questions that came up for me in the classroom are playing out again here, but in other issue areas. I wake up every day trying to make sure that I have equity at the forefront of my mind. And that I’m using every single opportunity to model better for my community.

What: It’s the 10th anniversary year for one of the largest annual giving events in the country, a 24-hour event facilitated by the Miami Foundation that benefits nearly 900 nonprofit organizations serving Miami-Dade County. Over the first nine years, the event has raised $80 million as a community; the 2021 event is looking to push that overall figure over the $100 million mark.

Website: Visit GiveMiamiDay.org to learn how to get involved.