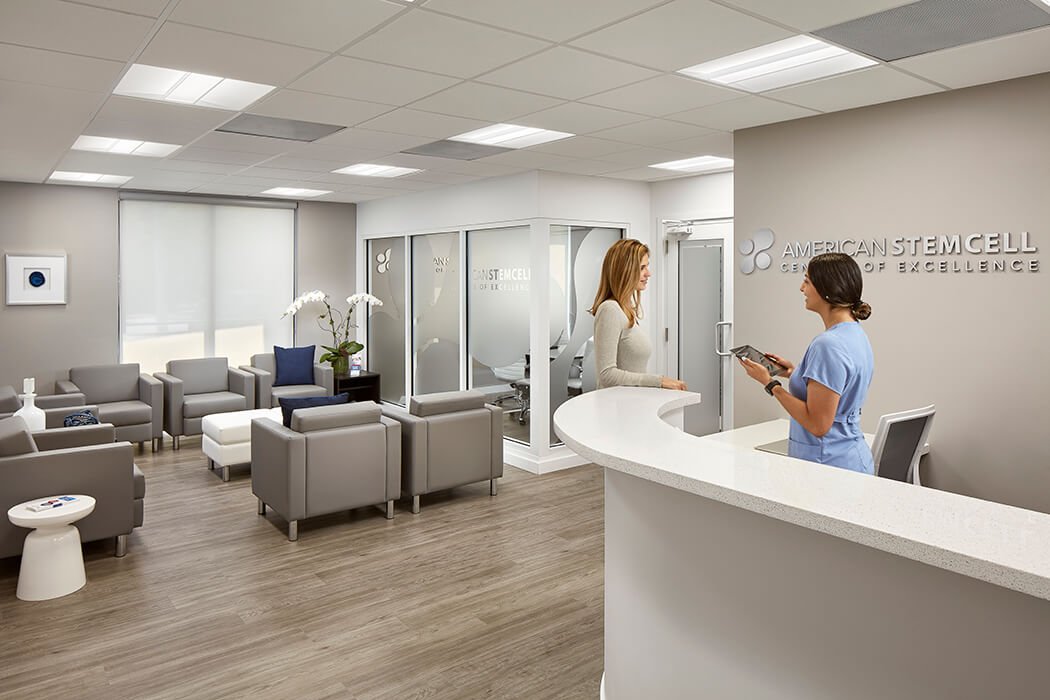 Just off Red Road in South Miami, people who suffer from any number of ailments—from aches and pains to more-serious conditions like brain injuries and kidney disease—use their own bodies to treat themselve

It happens inside the American Stem Cell Research Center, which celebrated the opening of a 3,500-square-foot regenerative medicine clinic in South Miami in 2017. There, patients use their own stem cells to alleviate—and sometimes eliminate—autoimmune, orthopedic, degenerative and even neurological conditions.

“Your body uses stem cells all day to keep you alive,” says Michelle Parlo, the center’s director of clinical operations. “You can’t live an hour without functioning stem cells. What we do is take them from one place in the body and put them directly where we want them to be working—like the hip, elbow or foot.”

Regenerative medicine is more than just harvesting healthy cells and transplanting them to inflamed areas; it also incorporates intravenous nutrition, diet counseling and blood samples. Through a blend of treatments, patients often are able to improve their quality of life and conquer chronic pain.

“Wherever you have inflammation, your body calls for help,” Parlo says. “Stem cells work on what’s most critical to keep you alive. If you didn’t get enough sleep or you drank too much, that’s what they’ll be used for. Priority for healing chronic pain, like an old knee injury, gets moved to the back compared to what needs to be healed right away for survival.”

Think of it as cleaning out a cluttered closet, Parlo says. “There’s never enough time. Maybe if you had all the resources and some more time, those chronic issues would heal,” she says. “As children, there’s not much to fix. But as you get older, everything takes more time and effort.”

Parlo, who has worked in the field for more than four years, says the results can be life-changing. She says patients have begun walking after using wheelchairs, and multiple sclerosis patients have found new strength. One patient who had been struck by lightning, she says, regained some of his vision after repeated treatments.

All new patients receive a screening before their first treatment, in which the center’s medical staff determines which therapies are best-suited for an individual. Once treatment begins, some patients experience side effects that include low-grade fever, lightheadedness and dizziness, Parlo says. Most treatments last for less than five minutes.

Treatments are not covered by insurance, however. Procedures average $6,000, but Parlo says the center offers payment and financing plans. “We will do whatever we can to help someone get treated,” she says.

The center, which also has offices in Dallas and Los Angeles, has treated thousands of patients since its 2001 opening, Parlo says. Last year, for example, retired professional basketball player John Salley sought treatment for ligament damage.

“Stem cell treatments have gotten a lot more mainstream,” she says. “There’s a lot more research out there that supports what we’re doing. All we’re doing is giving the body some extra help and resources to rehabilitate areas of pain.”