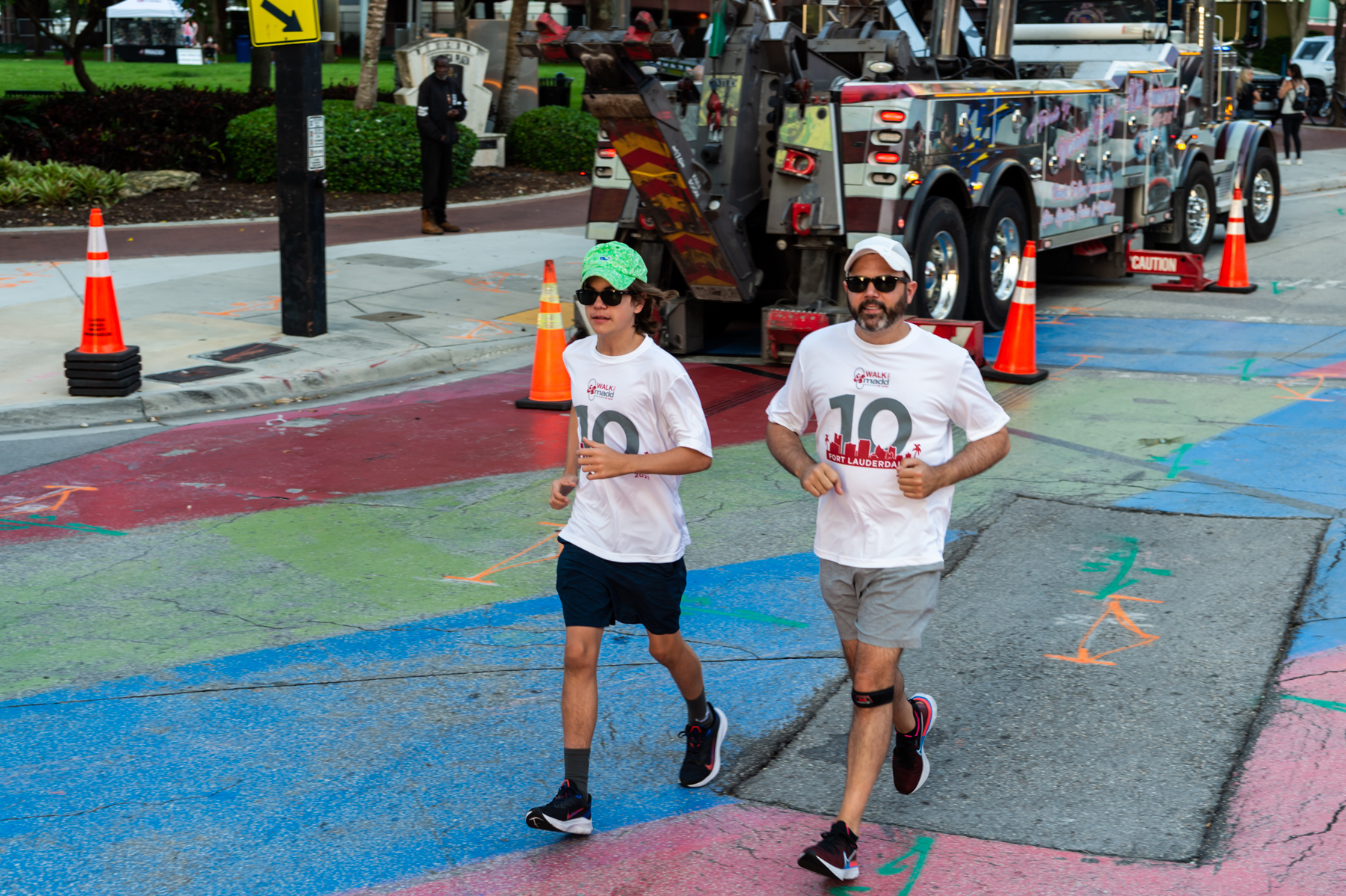 To continue the fight against drunk driving, thousands of walkers and runners will participate in the 11th Annual UKG Walk Like MADD & MADD Dash Fort Lauderdale 5K to raise funds for Mothers Against Drunk Driving (MADD). Since the event’s launch in 2011, Walk Like MADD Fort Lauderdale has raised over $3 million to help support victims of drunk driving and prevent future tragedies.

“Every 48 minutes, someone is killed by a drunk driver,” says Heather Geronemus, the MADD national chairwoman whose father, Dr. Robert Perry Geronemus, was struck and killed by a drunk driver in 2009. “With this event, we are raising both awareness and funds to eliminate drunk and drugged driving and provide free victim services and prevention education in South Florida.”

The fundraiser is sponsored by the Sheriff’s Foundation of Broward County. The in-person race will take place at 7 a.m. on April 24 at Huizenga Plaza in Fort Lauderdale, and the organization will also provide a virtual participation option. Other festivities will feature children’s activities, an awards ceremony, live musical performances with vendors and educational booths.

“Despite the decrease in miles traveled during the pandemic, traffic fatalities continue to increase, and drunk driving is still the deadliest killer on our nation’s roadways, claiming more than 11,000 lives and injuring more than 350,000 innocent people each year,” says Broward Sheriff’s Office Colonel Nichole Anderson. “Thanks to the support from our sponsors, participants, and donors, we continue to work toward a future of no more victims.”

Event sponsorships are available. Awards will be given for top fundraiser, top team (private and corporate), and overall and age-group prizes for 5K finishers. For more information, visit www.facebook.com/MADDDashFortLaud