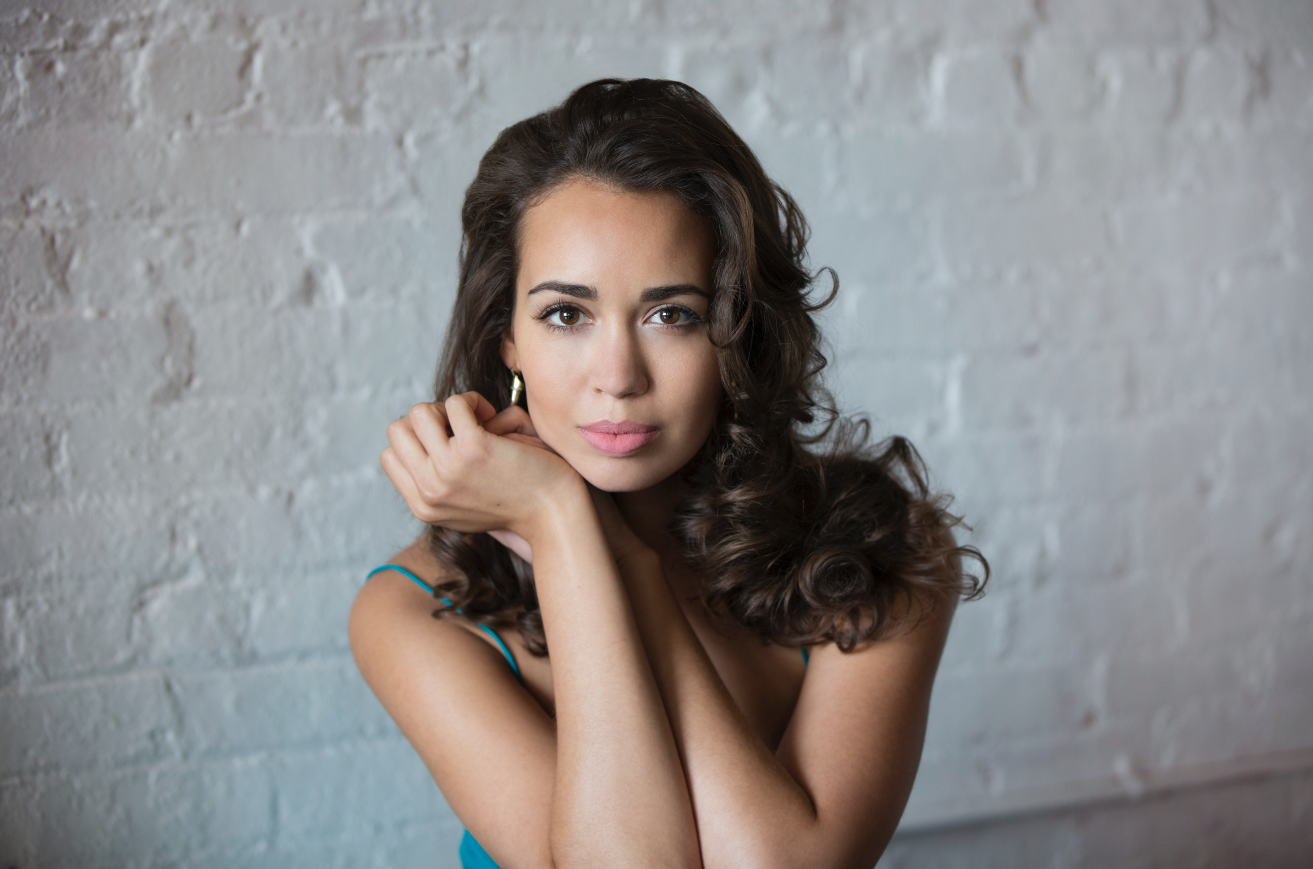 Her Voice Shall Be Heard

Nadine Sierra, known around the world for her prodigious talent, reflects on her rise as an award-winning soprano and the stigmas surrounding opera

As strange as it might sound, given that she’s one of the world’s most acclaimed sopranos, Nadine Sierra has found her voice. At age 32, the international opera star born and raised in Fort Lauderdale (her family later moved to Delray Beach so that she could attend Dreyfoos School of the Arts in West Palm Beach) has exceeded the promise attached to the accolades and accomplishments of her teens and 20s.

She’s no longer just the youngest winner of the Marilyn Horne Foundation Vocal Competition (2007) and the Metropolitan Opera National Council Auditions (2009). Or the first-prize winner of the Neue Stimmen competition in Germany (2013) or the recipient of the Beverly Sills Artists Award (2018).

Sierra is a generational talent who not only can fill concert halls around the world in opera roles written by the likes of Mozart and Verdi, but who isn’t afraid to add her voice when she sees wrongs to right and challenges to overcome.

This much became evident during a lengthy conversation with Lifestyle during which Sierra spoke out about issues plaguing her industry, concerns that were accentuated during the coronavirus pandemic. Among them, contractual clauses that relieve opera houses of paying artists when events are cancelled—even if the performers have incurred weeks of travel, rehearsal and living expenses.

It’s clear, listening to her confident, empowered tone, that Sierra has come into her own. Despite a summer bout with COVID-19 (her mother and sister also tested positive) that left her out of breath and with a flutter in her chest connected to the mitral valve stenosis she’s had since birth—both of which took months to disappear—and the devastating toll that the pandemic has taken on the arts, Sierra remains upbeat and optimistic.

On the eve of her first South Florida performance since taking the stage with Andrea Bocelli in Miami on Valentine’s Day 2017—she’s kicking off Festival of the Arts Boca next month—Sierra spoke thoughtfully and passionately about her journey and her genre.

[Note: This is the first part of Lifestyle‘s interview with Sierra. Keep checking our website this month to read part two.]

Your grandmother was a talented young opera singer in Lisbon, but her father rejected those pursuits. Can you share that story and why it’s so important to your career?
My mother grew up seeing that my grandma regretted never having pursued her dream because, yes, my great-great grandfather wouldn’t allow her. He felt that it wasn’t an appropriate line of work for a woman. In those days, [female] entertainers had the stereotype of being, on the side, like a call girl or prostitute. And being victimized, mostly sexually, by men. So, I can understand where my great-great grandfather was coming from; he didn’t want that for my grandma. He wanted her to be treated with respect, to have a husband and security.

But, yes, she regretted it. Not only did she regret never doing anything to challenge her talent, but she never had the chance to grow into her talent.

So, when I was 5 and already showing these huge signs of wanting to be a performer and always singing around the house, my mother made a promise. She would never do what my great-great grandfather did to her mother. She didn’t [want her daughter] to always have that regret. I’m so, so thankful that she did that for me, because it allowed this perfect storm to take place in my life. And it shaped my life for the better.

I feel such sympathy and empathy for my grandmother for having lived a life without [performing]. But I’m thankful that before she passed away, about 11 years ago, she at least got to see the beginnings of my development in this career. She was so proud of my mother for putting such belief and support and encouragement in me, so that I could live my dream—which was the same as her dream.

Sierra at the Neue Stimmen competition in Germany

As the story goes, your mom brought home a VHS copy of Giacomo Puccini’s La bohème when you were a child. In retrospect, what was it about that opera that had such an impact?
La bohème is like the quintessential introduction to what opera is all about, which is deep human emotions, how to deal with them, and how music can enhance, theatrically, what a person watching and listening feels for the characters. Also, it’s how some of those events can be relatable; with La bohème, it’s about being poor and struggling without the resources to help the people you love.

When my mom showed me that VHS, I felt like I literally woke up. Not just artistically, but as a human, because I saw so much beauty and truth to what that art form was. And I had to have it, no matter what it took, no matter how hard it was. I didn’t care.

My mom warned me when I told her I needed to become an opera singer. She explained that I was going to have to sacrifice a lot of myself for the art form—because it’s hard. It’s the vocal equivalent of what ballet is to dance. She also knew that I’d probably have to sacrifice friendships and relationships, maybe even having kids. She knew all that was in my future if being an opera singer was my destiny.

But I’m totally grateful for her introducing me to opera and waking me up that way. To this day, I feel so alive. If I lost that excitement at some point, or if I were to lose it in the future, I would stop. I wouldn’t sing for the money or for the acclaim. That never really interested me. … I craved the creativity part of it and the idea of, maybe, one day, reaching somebody watching me or listening to me the same way that VHS reached out to me. 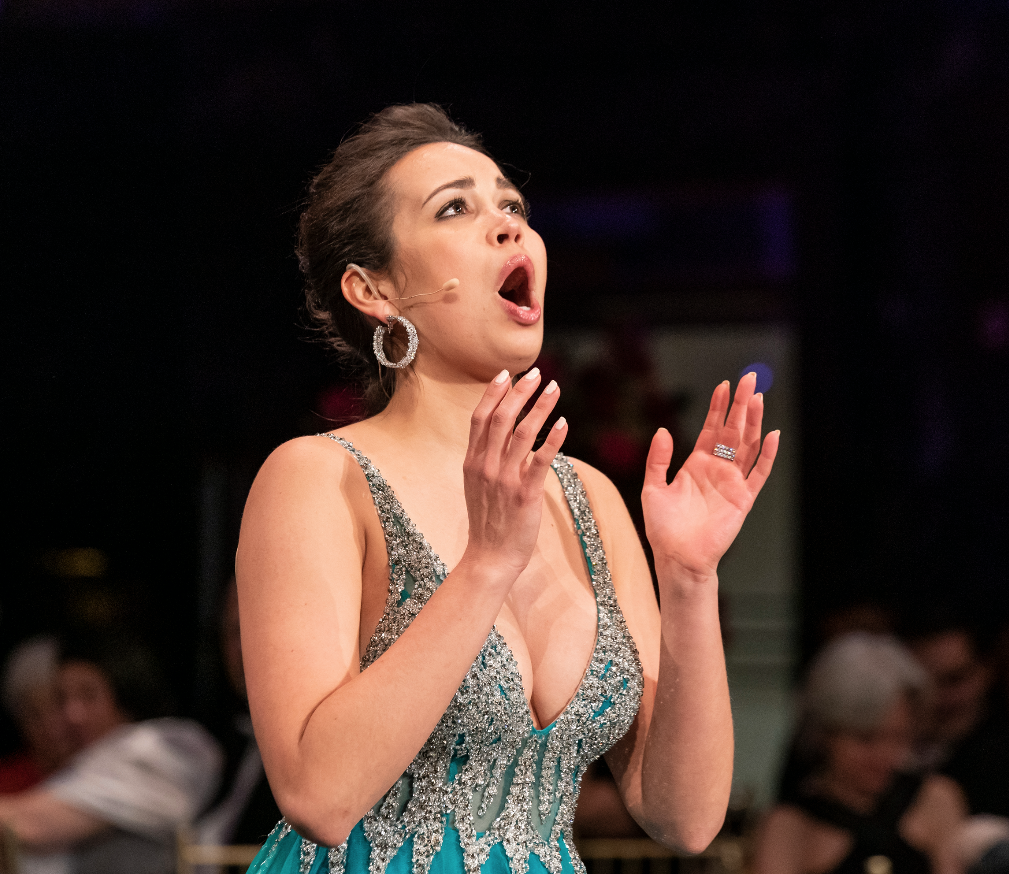 Were you listening to other forms of music as a youngster, or did you have tunnel vision about opera?
I was interested in all forms of music. I was a huge Spice Girls fan when I was around 10. I was obsessed with Whitney Houston and Mariah Carey. But opera was like this special little gem that I somehow naturally understood. With pop and R&B, those aren’t genres I could sing and feel comfortable. I’d feel out of my element. With opera, I felt like I belonged, like I fit in finally.

And I got bullied in [middle] school because of it. You know, kids were like, “Why do you like that? That’s for old people. Ew, opera, it’s so boring.” Sometimes I felt bad because I thought, you know, maybe I’m a loser. Maybe I’m a dork because I like opera.

There were times I cried to my mom; I’d tell her these kids were making fun of me. And she said, “Listen, they might make fun of you now. But later, when you’ve developed, and you’ve found happiness in this pursuit, you’re going to be the one laughing—because you’ll have found joy in something that you can make a career out of.”

And she was right.

Coming out of those challenging middle school years, how important was it to be surrounded by other creatives at Dreyfoos School of the Arts?
When I got to Dreyfoos, I literally felt relaxed. After the bullying, I felt like I finally was just a freak among freaks. You know what I mean? Everybody at Dreyfoos was so dedicated to their own individual thing, whether they were in communications or learning about film or theater or painting or sculpture. Whatever it was, people were in their own element—and they were so proud of it.

So, I felt like I could just be. I didn’t feel ashamed. My friends were fascinated with what I did instead of judging me for it. … On top of that, Dreyfoos was next door to Palm Beach Opera, and I would have after-school activities there and rehearsals. So, yes, I felt like I finally found a place where I could not only be a freak but be part of the circus.

What is inherent to opera that produces such an emotional reaction in people?
Let’s just talk about the human voice. We are a form that doesn’t use anything to amplify or affect the voice. We are the only source of how the sound itself is going to be produced, how it’s going to come out, and how it’s going to last throughout a performance. So, it’s a very, very physically active way of producing music.

It’s almost like primitive. Even being an audience member and seeing my colleagues, it’s an unbelievable phenomenon to realize a person is capable of doing that. Of having the strength and courage to do that as a career. It’s like a superhuman kind of thing.

I always think about that when I watch ballet dancers. How can you dedicate your whole life, every cell and fiber of your human body, to such a blood-sweat-tears kind of career? And yet, it looks so effortless and so beautiful.

And I think that’s how people see opera singers a little bit. We’re these vessels that, no matter what is happening around us, it’s our job to keep that kind of superhuman ability going. And make it look easy. Make it look believable.