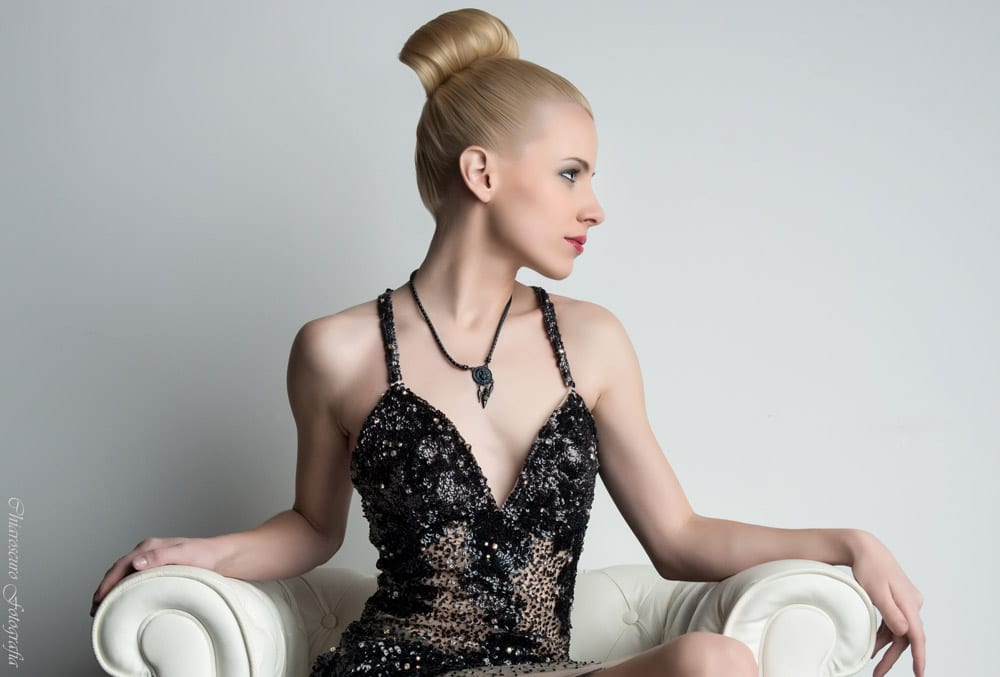 For Jaimie Hilfiger, South Florida radiates a glow that lines up perfectly with her theory of fashion and beauty. “Being in a beautiful place, in a nice climate, is good for your soul,” she says, “and that’s projected in the way that you look.”

If the Hilfiger name sounds familiar, it is. Jaimie is the niece of famous fashion icon Tommy Hilfiger, but the Miami Beach resident says that although she is proud to be a Hilfiger, the skin care collection she’s created – JH Collection by La Curcio – is entirely hers. The collection was recently picked up, promoted and featured on QVC’s Zulily.com. “We sold out of some products after just three days on the site,” says Hilfiger, who is also La Curcio’s spokesmodel and ambassador. She had just received the news the day of our interview and was on cloud nine.

While she’s always loved fashion, the 26-year-old model and fashion blogger (she’s written for The Huffington Post) definitively says her two passions are makeup and skin care. Because she attended a Catholic school in New Windsor, New York, she says, “We weren’t allowed to wear makeup or nail polish… but I would see other 14-year-old girls with a little makeup here and there and nail polish, so I couldn’t wait for the weekend. I’d wear black eyeliner.”

Hilfiger maintains that growing up as a Hilfiger wasn’t that unusual. “We did go to parties and fashion shows,” she says, but adds that her parents are the most removed from fashion compared to the rest of the Hilfiger family. Her father, Robert, a masonry contractor and the brother of Tommy Hilfiger (he’s No. 6 of nine siblings; Tommy is the second oldest), spends his days “dealing with big stones and bricks.” Her mother, JoAnn, is a registered nurse and a supervisor in a hospice residence in Newburgh, New York.

Hilfiger left New York to attend the University of Central Florida, where she majored in broadcast journalism. After college, she moved to Los Angeles. While on casting calls for commercials, because of her last name, Hilfiger says people would have an opinion of her before she even walked through the door. “‘Why are you here?’ they would say. ‘You’re Jaimie Hilfiger. Why would you want to get a spot in a commercial that pays only a few thousand dollars?’ So many times, people thought I had everything handed to me.” Though she does admit that the name helps get her products noticed. “When they hear Hilfiger, people start to listen.”

While living in Los Angeles, Hilfiger met her fiance, jewelry designer Igal Dahan. “About two-and-a-half years after we got together, we decided we wanted to move to Florida. I was tired of Los Angeles. I wanted an easier, laid-back lifestyle.” The couple, who will be married in summer 2016, had been going back and forth from L.A. to South Florida for years. They officially started living here in 2014.

One of the their favorite pastimes is to venture out and explore South Florida restaurants. “We have been experimenting with restaurants in the Brickell area. We do love our favorites in Miami Beach: The Dutch and Mr. Chow in the W Hotel.

While fashion is no doubt in her DNA, Hilfiger is keeping her focus on her skin care collection.

“I’m often asked, ‘Why do you only have three pieces?’ My answer is, ‘Because it’s about perfecting the products.’” Hilfiger plans on introducing four new items this winter to complement the already-popular hydrating mist, hand cream and lip balm. Known in the industry for having an inherent knack for trends, Hilfiger says this season’s makeup moment is matte skin, a nude lip, defined with smoky eyes.

Yet designing fashion is not out of the question. “Somewhere in the future” she says she’ll create a luxury loungewear collection. “There are so many Lululemon-type companies,” she says. “But who wants to put on tight yoga pants or spandex when they get home to relax? I want something soft, luxurious… something cashmere.”