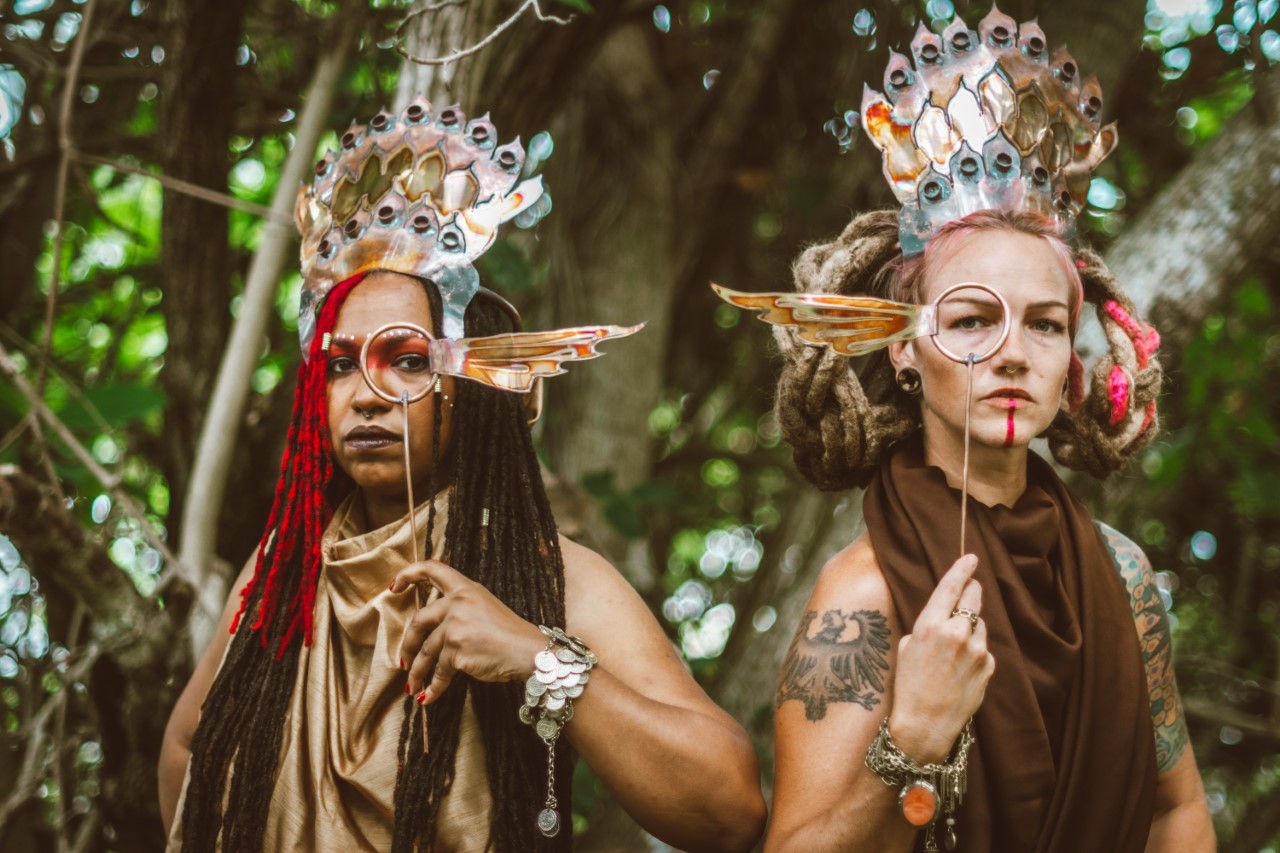 When she was 11, her mother joined the Brooklyn-based United Nuwaubian Nation of Moors cult, becoming one of the secluded wives of sexual predator-leader Dwight D. York. Niki went with the preteens; her 2-year-old sister was holed up with the toddlers; her brother, just 6 months old, would never know the concept of family.

“It was like an orphanage setting,” says the multidisciplinary visual artist (pictured above, left). “Being abandoned, I’m with a whole bunch of kids. I didn’t want to be there; I wasn’t being heard. I would draw. Some of my earlier paintings would be an eye crying in the ocean.”

After being transported in the 1990s to a new complex in Georgia, Lopez and hundreds of other children and teens continued to be beaten and raped. She escaped at 25 without a high school diploma.

Somehow, from deep within, she found the fortitude to tell authorities and testify in court, resulting in York’s 2004 prosecution and 135-year prison sentence. For her valor she received the 2004 FBI Louis E. Peters Memorial Award. She then earned her high school graduation equivalency diploma and, later, a bachelor’s degree in graphic design and desktop publishing from the Art Institute of Fort Lauderdale.

In 2008 she became one of the original resident members of the Sailboat Bend Artist Lofts in Fort Lauderdale, home to the 1310 Gallery, where she recently exhibited “Feral Femininity.” The photographic collaboration with fellow artist Nikki Savaira, aka Detourbutterfly (pictured above, right), casts the female form in its most independent sense to own “our space, our divine feminine, raw, feral energy and power,” Lopez says.

“The scent of his skin. Sometimes I was indifferent to it, and sometimes it just made me a little repulsed, and I instantly escaped into this place of darkness in my mind.” —From the short film, “Caressed” 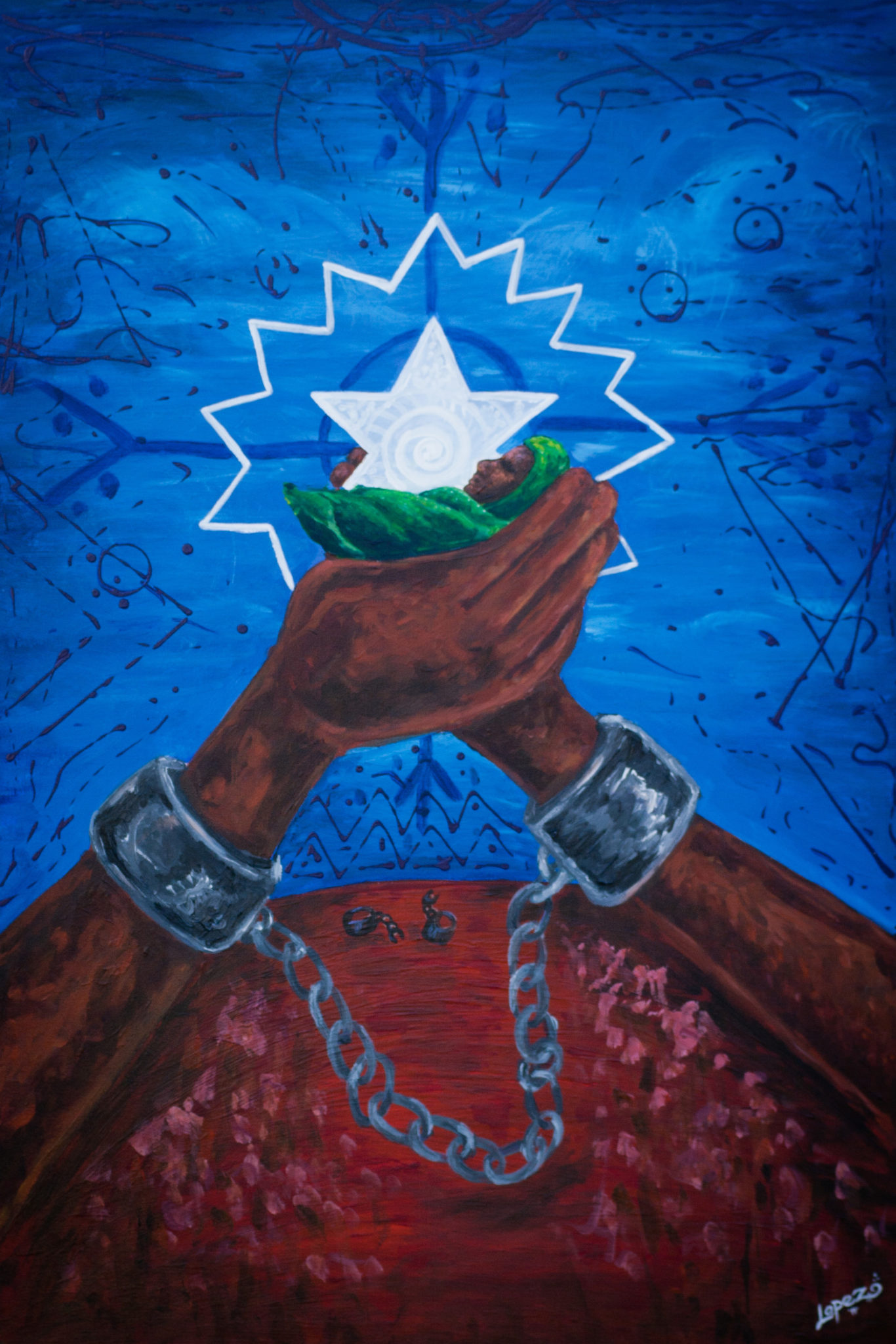 Of her many contributions to the South Florida community is “What’s Your Elephant—Creative Conversations about the Unknown,” a multidimensional program empowering children and adults of color to speak up. “I use the arts to create safe spaces to talk about anything unspoken. Some of the elephants we have are because of shame; we’re isolated,” she says. “But when I say what I went through, we take away the stigmas.”

From the gallery to public school classrooms, she ties her What’s Your Elephant workshops to Black Lives Matter and other causes. As part of her program, she asks each participant to make a collage representing a struggle—racism and injustice, abuse, drugs, violence, depression, relatives in jail.

Her life continues to fascinate the public while her multimedia creations demand visceral reaction. Last summer, as People was airing a documentary on the cult for the Investigation Discovery cable channel, Lopez was producing “Caressed,” a short film projected onto a mattress for public forums. A camera zooms in on her as she moves her hands across her body, which she binds with thread. She recalls York’s scent of baby oil and sinister laugh when he tortured her. A high-pitched sound—like a ringing in the air—plays in the background.

As her art matures, so do her metaphors.

The acrylic painting “Olokun” builds on the story of a mythological African deity who kept slaves safe as they were transported to America. Shackled hands emerge from a universe of red blood to hold a baby wrapped in green. Surrounded by stars and the sea, the newborn rests peacefully in the slave’s hands.

Her shackles have fallen; she is born free.