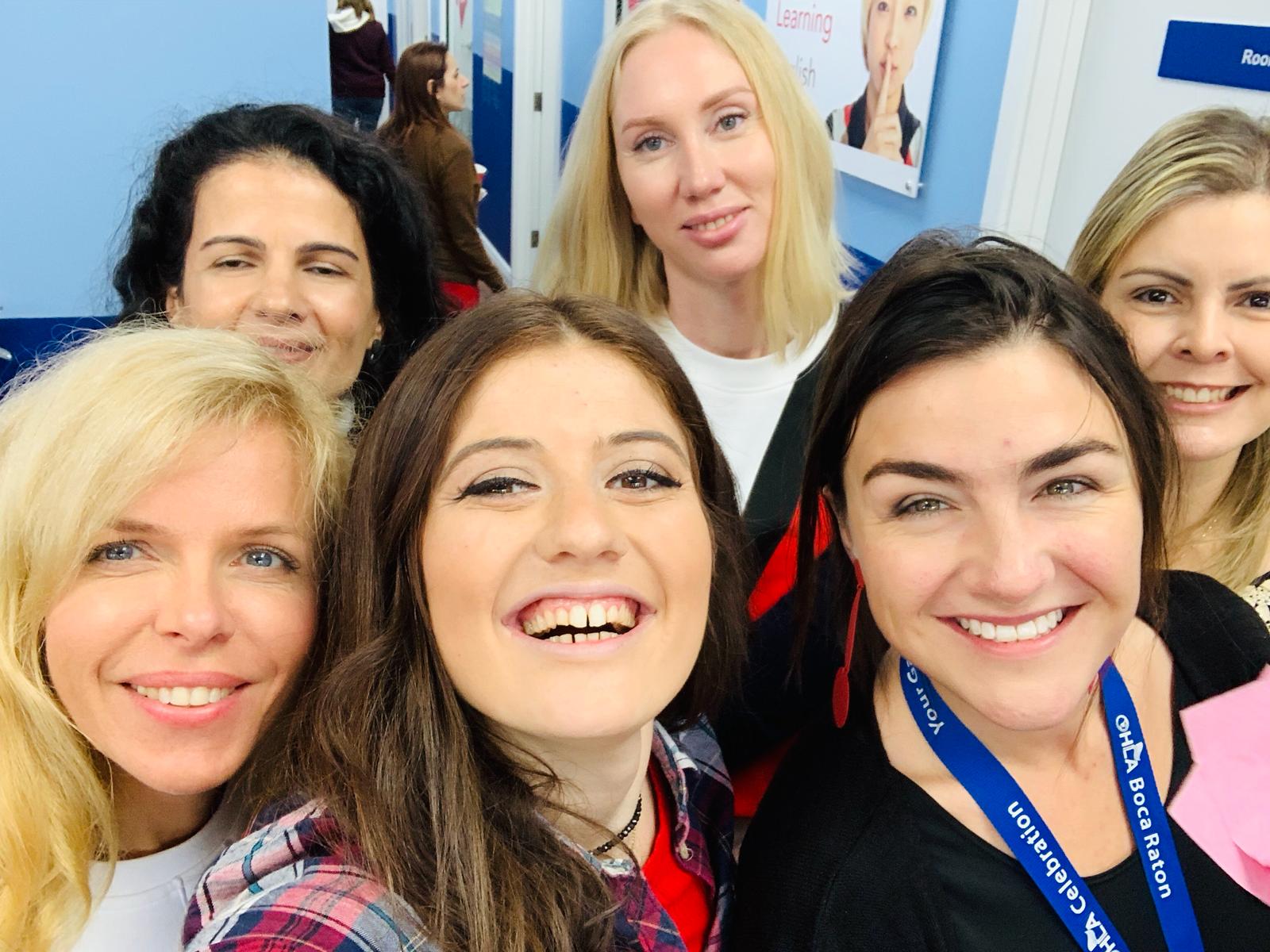 A Heart for Language 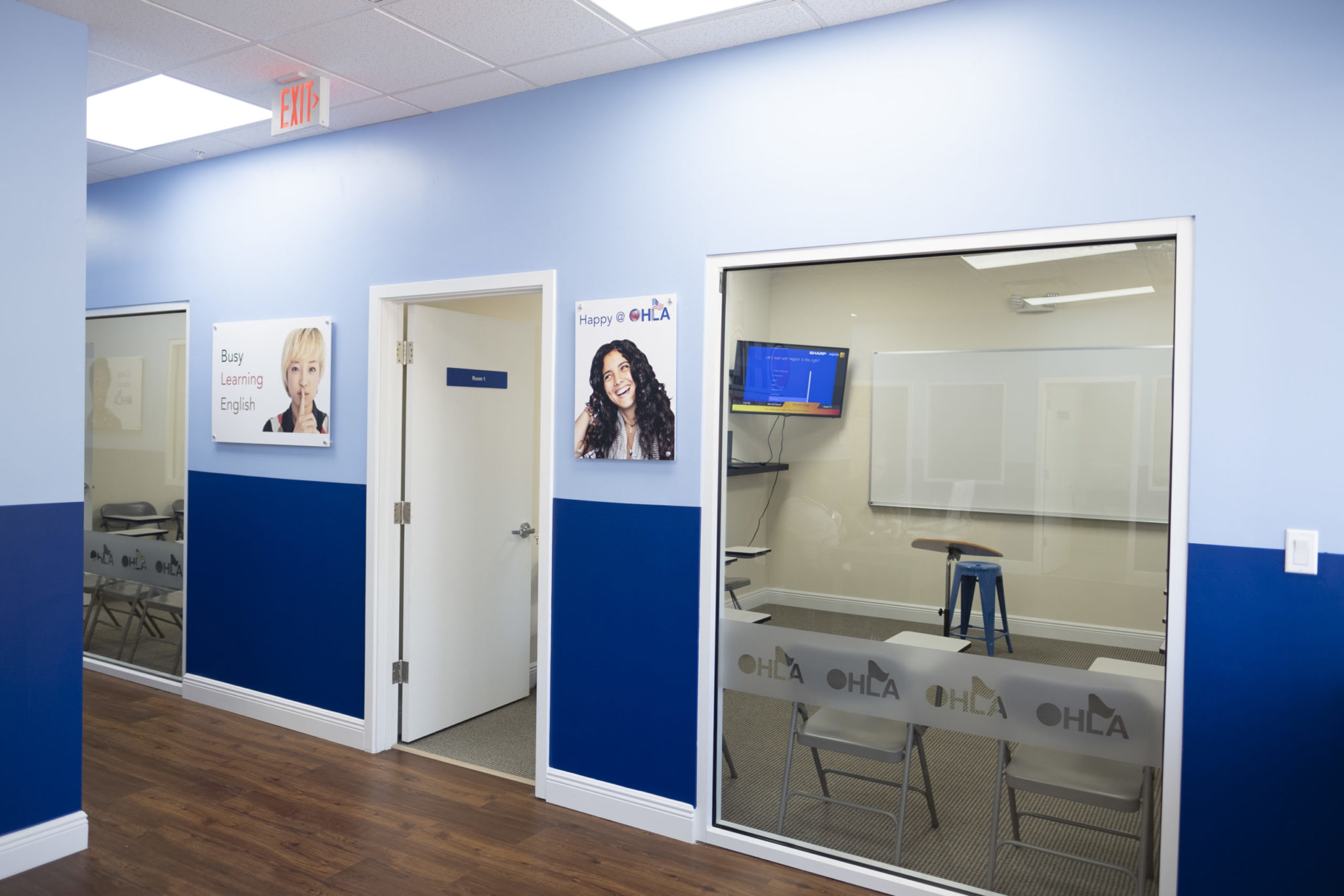 Classrooms at OHLA in Coconut Creek

For Colombian native Jenny Nieveen, her parents’ love of education defined her dreams and goals.

Nieveen (pictured left) lived in the United States when her parents attended graduate school in Western Kentucky University. When they returned to Colombia, her father opened a boarding high school for local and international students. In the meantime, Nieveen saved her money for years to go back to the States.

By the time she graduated from Universidad de La Sabana at 23, she had another reason to start fresh. Nieveen was now a single mother and dreamed of her 4-year-old daughter having the same international experience she grew up with and attending the University of Miami.

“I wanted to give her something much better than what we could offer her in Colombia. I come from a good financial background [in her family]. We’re very well off. … But it’s not what I wanted for myself,” Nieveen says. “I wanted something different for her than staying in the country.”

When Nieveen arrived in Miami in 1997, she worked as a server and bartender while trying to get clients for her idea for an English school. Just a year later, she started Open Hearts Language Academy (the name is a nod to her father’s education agency in Colombia) with three classrooms and two offices in Brickell.

“By the time the company took off, I was half a million dollars in debt. … It took a few years to build that rapport not only with the community but also with the international market. 2004 was the first year that I saw profit in the company,” she says. “I used to think, many times prior to that, of simply closing and just saying, ‘The hell with it’ and moving on to something else. But something inside kept telling me ‘Push, push push.’ ”

Today, Open Hearts, known as OHLA, has 200 employees and locations in Orlando, Celebration, Winter Park, Aventura, Tampa, Miami and Coconut Creek on Hillsboro Boulevard, teaching English to around 800 to 1,000 international students from more than 70 countries each year. The Creek center serves about 150 students from more than 20 nations, many from Hispanic countries and Brazil, while other centers attract students from Europe, Asia and the Middle East.

OHLA’s core business is helping these students pursue higher education; around 80% of them choose to attend college. OHLA gets them a step closer to their goal through partnerships with more than 60 universities, including Lynn University and Florida Atlantic University. Through these partnerships, OHLA graduates are accepted into these universities without having to take the TOEFL or IELTS tests, which measure English skills and are usually required for international students at American universities.

Nieveen’s husband, Yves Paradis, oversees OHLA as vice president, while she focuses on opportunities for growth. That includes traveling with the marketing team and her daughter, Laura Galindo (who did end up attending UM), to recruit students through OHLA’s offices in places such as China, Saudi Arabia and South America, as well as education agencies.

Ultimately though, the numbers are secondary to Nieveen’s dedication, the results of which she has experienced first hand. Once, when she posted on social media that she was going to visit Jeddah, Saudi Arabia, a former student from there brought a group of people to welcome her.

“One of the things that I tell [staff] is, ‘Listen, its not about money. It’s not about the number of students that we bring in. It’s the quality that we provide them. If you can change their lives, money and numbers will come,’ ” Nieveen says. “… It’s the law of nature. Be kind. Make sure that you’re doing 100% your job to assist that student—and then the rest will come through without you even seeking it.”