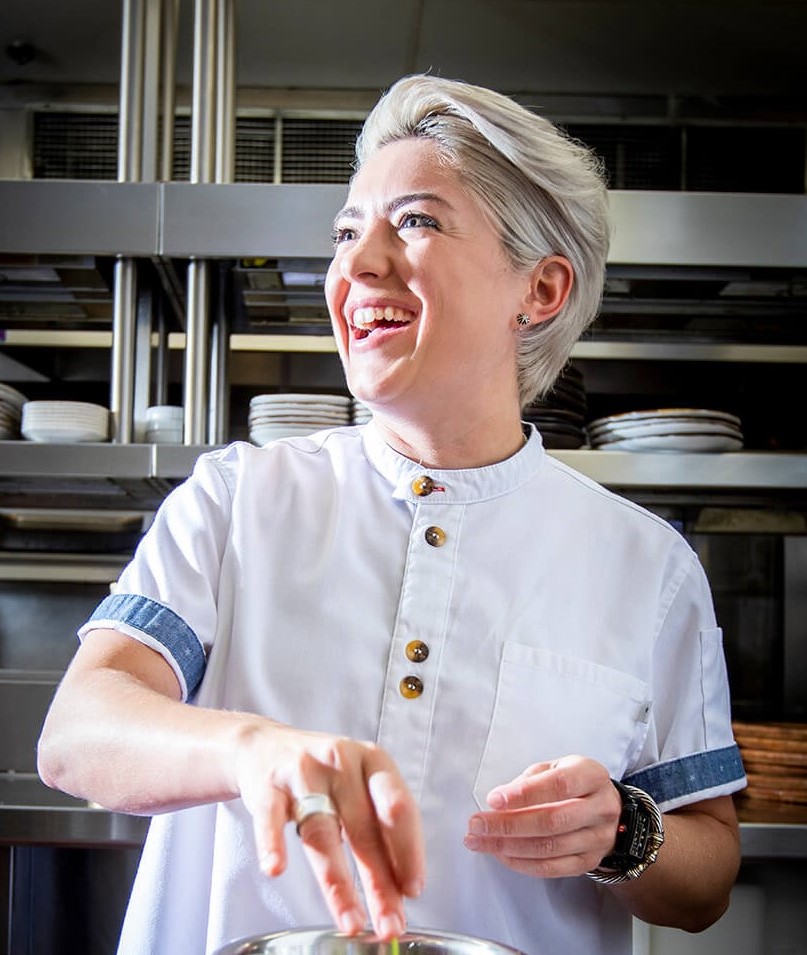 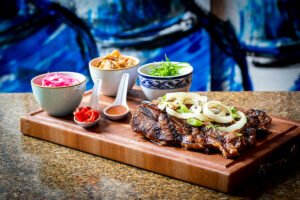 About the ribs: “We marinate the ribs in a bulgogi sauce [with ginger, garlic, soy sauce and sesame oil], so you have a little bit of sweetness. And we’ll do some accompaniments, like you would get at a Korean barbecue place, but with a little twist. So, we’re doing pickled Fresno peppers, pickled onions, and kimchi (pickled cabbage) to offset the sweetness of the short rib with a little bit of acidity. … Normally, you do Korean short ribs on a flat top, but I personally like little char marks because it gives it added flavor. I prefer a nice sear on the outside and kind of a medium rare on the inside.”

About Eileen: The third-generation restaurateur has brought discernible kitchen cool to west Kendall by elevating Cuban cuisine with Korean and Peruvian influences at Finka Table & Tap and Amelia’s 1931. Along the way, she’s added to a family tradition in the area that includes Islas Canarias and Islas Canarias Café; a traditional Cuban concept launched by her late grandparents and now owned by her Cuban-born parents. The four west Kendall restaurants are all within a short drive of one another. Though Andrade grew up around restaurants, she never thought she’d end up in the kitchen because of the long hours.

Did you know: Andrade instead studied fashion; she worked in the industry for two years in Miami. Her style sensibilities ran more toward the New York or Los Angeles fashion scenes, but she didn’t want to move to either city. “I thought I’d give restaurants a try,” she says. “I started working for my parents when I was about 19—and I loved it. … There was no escaping it. Restaurants are in my blood. I love managing people. I love the teamwork. Mostly, I love the fact that we get to serve people in our community.”

Coming soon: For the first time, Andrade will venture outside of her west Kendall comfort zone with the expected September launch of Barbakoa by Finka at Doral Yard. It’s a departure on the culinary side, as well, with a Latin/Asian barbecue menu that will include “simple dishes [like the Korean short ribs] with a twist.” Andrade is building the concept around an expensive Josper grill [a hybrid grill/oven that incorporates charcoal] that the investors, the owners of Doral Yard, had in their warehouse. Expect Barbakoa also to feature the fun, celebratory energy that permeates Finka. “It’s a project that I needed to jump on—even though it’s outside of my 1-mile radius.”

FYI: Check out the May issue of Lifestyle for Andrade’s Korean short ribs recipe.