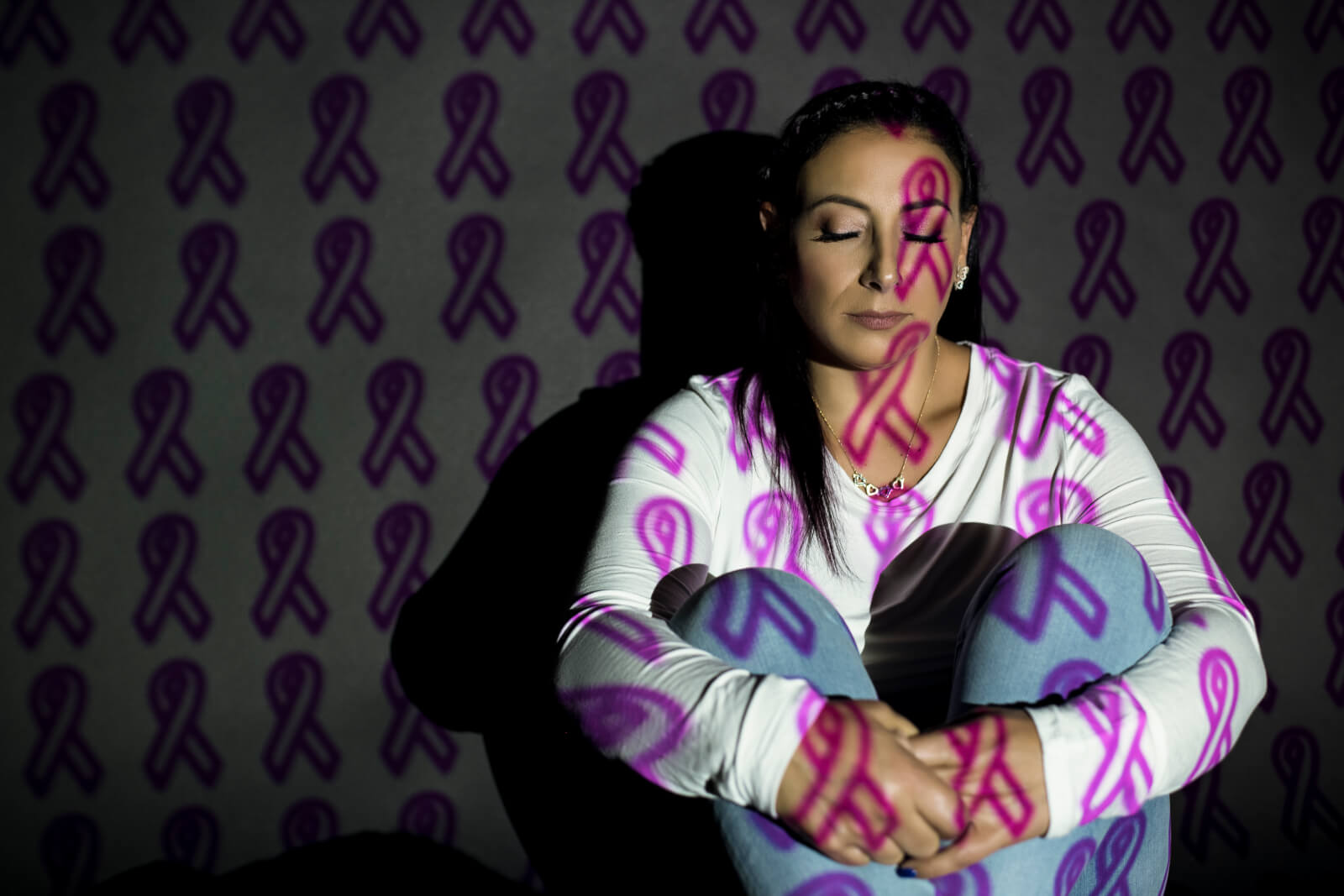 “My aunt passed away at 30 of breast cancer, so we knew we had to do checks early. In my first self-breast exam [at 18], I found a lump. The gynecologist sent me to a breast surgeon. We did a biopsy; it was benign. A year later, I did a biopsy on the other side and it was benign. I had a mammogram and an ultrasound or an MRI every six months.

“At 21, I was doing another self-exam, and I found a bump. I was like, ‘I’m not doing another biopsy. I want to know what we’re going to do.’ … [My doctor] said, ‘Why hesitate to do [genetic] testing? Just get your answers.’ I didn’t want the unknown anymore. If I had the gene, then I knew what I had to do whether it took time to accept or not.

“Did I know how much stress it was going to put on my life when it came back positive [for BRCA2]? No. At the same time, I looked at it on the flip side. In life, you’re thrown a lot of obstacles, but I could save my life.”

“My goal, once I had a second child in 2012, was to have surgery. … The first surgery was a hysterectomy [in June 2015], so I no longer had a chance for ovarian cancer. Six months later, I had a prophylactic bilateral mastectomy with reconstruction. I was in and out of the hospital for two weeks because I needed an IV and antibiotics due to an infection.

“My body rejected one of the expanders six weeks after the surgery, so I had to go back in and have a saline expander. [Editor’s note: Milgram-Posner was part of a clinical trial for expanders called airXpanders.]

“After the surgery for the saline expander, I walked around flat-chested on one side for [several] months. I had drains. … I had to push myself through it. I [ended up being] out of work for six months.

“I couldn’t move my left arm. I had a lot of nerve damage, so I had to get some nerve blockers and physical therapy because the pain was pretty intense. Then, my incisions got infected, so I had to have home nurses check on me. That was February 2016. I had my reconstruction in August 2016.”

• “[Being] flat chested on one side for [several] months—that killed my self-image. I had to stuff my shirt if I wanted to go out. But now, looking down and saying I’m beautiful—I accept that more. Before, I never told myself I was beautiful. I never took care of my self-image. I’d walk with my head down because I had so much weight on my shoulders.”

• “What I thought was going to be my last phase [of reconstruction] was not. And telling [my daughter] that was heart-wrenching. She didn’t understand why this was happening to me and only wanted me back to me—the sports mom. She stood by my side and helped me get up, rubbed oils on me, made sure that my hair was done. I tried to perk up as much as I could.”

• “[After] my last surgery, I come home and [my daughter] says, ‘You’re like a butterfly. You transformed.’ Four stages, four surgeries. It was interesting how she put it all together in the perspective of a life cycle.”

• “Just looking at my two kids every day, it was an honor to know that this was why I did it. They gave me the push to go through it every day because it wasn’t easy to swallow.”

• “I started [a private Facebook group named BRCAStrong] right before my hysterectomy. Every day, I would post. Nobody could have access unless we approved them, so we could share pictures, positive reinforcements and inspiring quotes. It kept growing. And then I got involved with some other nonprofits. I was like, ‘I need to do this myself.’”

• “You see nonprofits that are great when you’re diagnosed and going through your journey. But what happens when you’re done? Where do you go for bras? Do you know you can’t wear underwire? Do you know there are post-mastectomy bras, prosthetics, tube drain holders? Who offers that? We want to make you feel comfortable in your body, feel full again. That’s what I want to be able to provide—and that’s really why I [founded the nonprofit organization, BRCAStrong].”

• “One person told me that you can’t empower others until you empower yourself. If you want to stand up there and educate somebody, how are you going to do that if you don’t like what you physically are?”

• “I’m a single mom of two. I’m a business owner. I have a nonprofit. I had to remind myself of all the positives and the differences that I’ve made in some of these women’s lives [through the Facebook group and the nonprofit’s events]. Going online and seeing people using #BRCAstrong and #unBRCAble—to know that is my self-worth.”

• “I didn’t think I had the courage, strength and audacity to do what I did. … I’ve learned that I’m stronger than I thought I was.”

• “The words ‘previve, inspire and thrive’ are on my [BRCAStrong] logo. Three words of inspiration from my heart to yours. … I want to inspire as many women as I can.”

[Editor’s note: BRCA2, according to the National Cancer Institute, is defined as a “gene on chromosome 13 that normally helps to suppress cell growth; a person who inherits certain mutations in a BRCA2 gene has a higher risk of getting breast, ovarian … and other types of cancer.”]