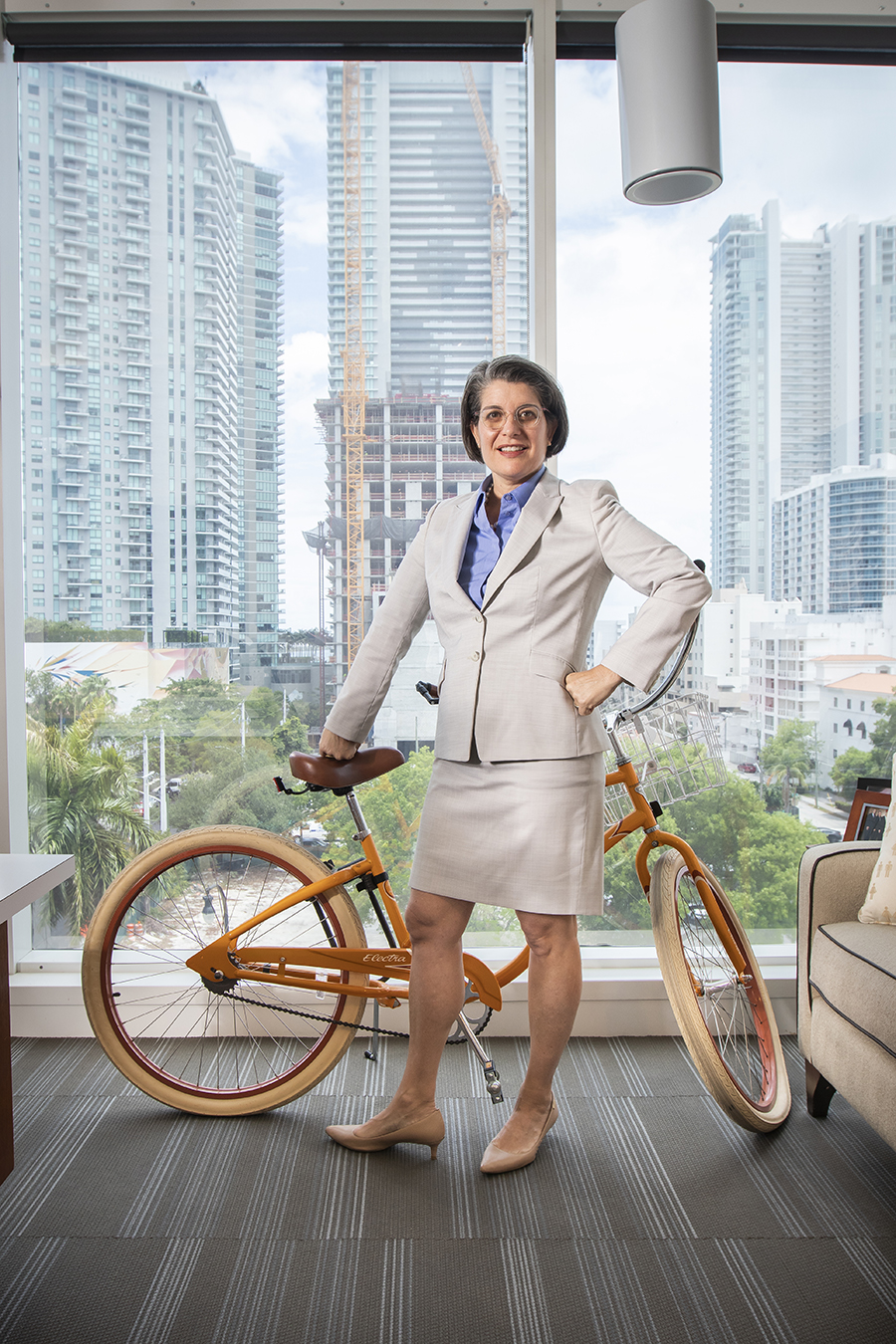 She Has Their Backs, Part 1

Elizabeth Schwartz, esteemed legal warrior for the LGBTQ+ community, looks back on the early days of her journey

Elizabeth Schwartz is the first to admit that many would-be attorneys of her era probably had their epiphany to leave law school while listening to the Allman Brothers at the famed New Orleans Jazz and Heritage Festival. But the South Florida native never has been one to play by everyone else’s rules.

During her 1994 trip to Jazz Fest, a shopkeeper in the French Quarter randomly called out to her group of friends and asked, “Which of you is going to be the first [female] president?”

All my friends gestured at me, because I’d always been political and always been an organizer,” says Schwartz, who was wrapping up her communications degree from the University of Pennsylvania at the time. “Up until then, my whole frame of reference was protesting the establishment from outside the edifice. It occurred to me, listening to the Allman Brothers jam, that wouldn’t it be more effective if I were inside the edifice, working within the system?

“That’s when I decided to go to law school. I applied to the University of Miami late in the cycle. I was admitted off the waitlist the day before classes started.”

It marked the beginning of a prolific legal career, one that continues to inspire, empower—and effect change for—members of the LGBTQ+ community. The nationally renowned attorney, principal of her eponymous Miami Beach-based firm since 2001, specializes in estate planning and probate, family formation (including adoption and surrogacy), name and gender marker changes, and counsel/services related to relationships and divorce.

Over the past two-plus decades, she’s also been on the front lines of countless battles involving legal protections for LGBTQ+ individuals and families. She worked tirelessly against the 1977 amendment that prohibited gays and lesbians from adopting children in Florida (it was finally overturned in 2010). And before marriage equality became the law of the land in 2015, Schwartz was counsel on successful cases that challenged Florida’s same-sex marriage ban. She even handled the first divorce for a same-sex couple in Florida.

Schwartz reflects on her journey—and weighs in on what the future holds for the LGBTQ+ community. 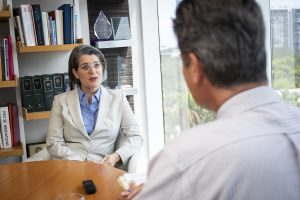 Born into it: Schwartz, the youngest of six children in a blended family, grew up in an activist Jewish household. Both parents were mindful of the injustices perpetuated against people of their own faith, against women and against the Black population. Her late father was so outspoken that he even made Richard Nixon’s “enemies list.”

“I always had this keen sense of outrage at social injustice,” says Schwartz, who marched in gay pride parades before even identifying as LGBT. “My parents both taught me that, as Martin Luther King Jr. said, a threat to justice anywhere is a threat to justice everywhere.”

Coming out: After dating both women and men during her college years, Schwartz decided that “I prefer relationships with women.” (She married her partner of some 20 years, Lydia Martin, the former Miami Herald writer, in 2013 in Vermont.) Though her mother always dreamed of seeing her daughter under the Jewish wedding canopy with a man, she “came around quickly.”

As for the reaction of her father, who passed away nearly a decade ago, Schwartz shares that he was woke before that was even a thing. “He told me, ‘If you think I loved you a lot before, wait until you see how much I’m going to love you now.’ ”

First impressions: Crockett & Chasen was a small Miami Beach firm representing mostly gay men when Schwartz boldly pitched her services before graduating from UM’s School of Law. “If you think you’re representing the gay community, and you don’t have a woman on your staff, then you’re really not,” she told them. “You can’t afford not to hire me.”

By fall 1997, after she passed the bar that September, they did. The firm quickly charged Schwartz with working to amend Miami Dade-County’s antidiscrimination law. In 1977, Anita Bryant’s anti-LGBTQ rhetoric, cloaked in a “Save the Children” campaign, led to the repeal of an ordinance that protected the gay community from discrimination in employment and housing. Twenty-one years later, a county commission vote reestablished the ban on discrimination based on sexual orientation.

She’s the boss: Realizing that she knew best how to balance the nonprofit and for-profit work that she most enjoyed, Schwartz launched her own practice in 2001. Estate planning became (and remains) the anchor of her business. “Before [the LGBTQ+ community] could marry, it was important to state our intentions with respect to what we want to have happen to our possessions and to ourselves in the event we couldn’t communicate our wishes in a medical context,” she says.

As states around the country opened the doors to same-sex marriage, Schwartz saw more and more couples marrying simply because they could—without understanding the legal implications. Ultimately, that led her to pen Before I Do: A Legal Guide to Marriage, Gay and Otherwise—a guide that, six years after being published, continues to be an invaluable resource for same-sex couples.