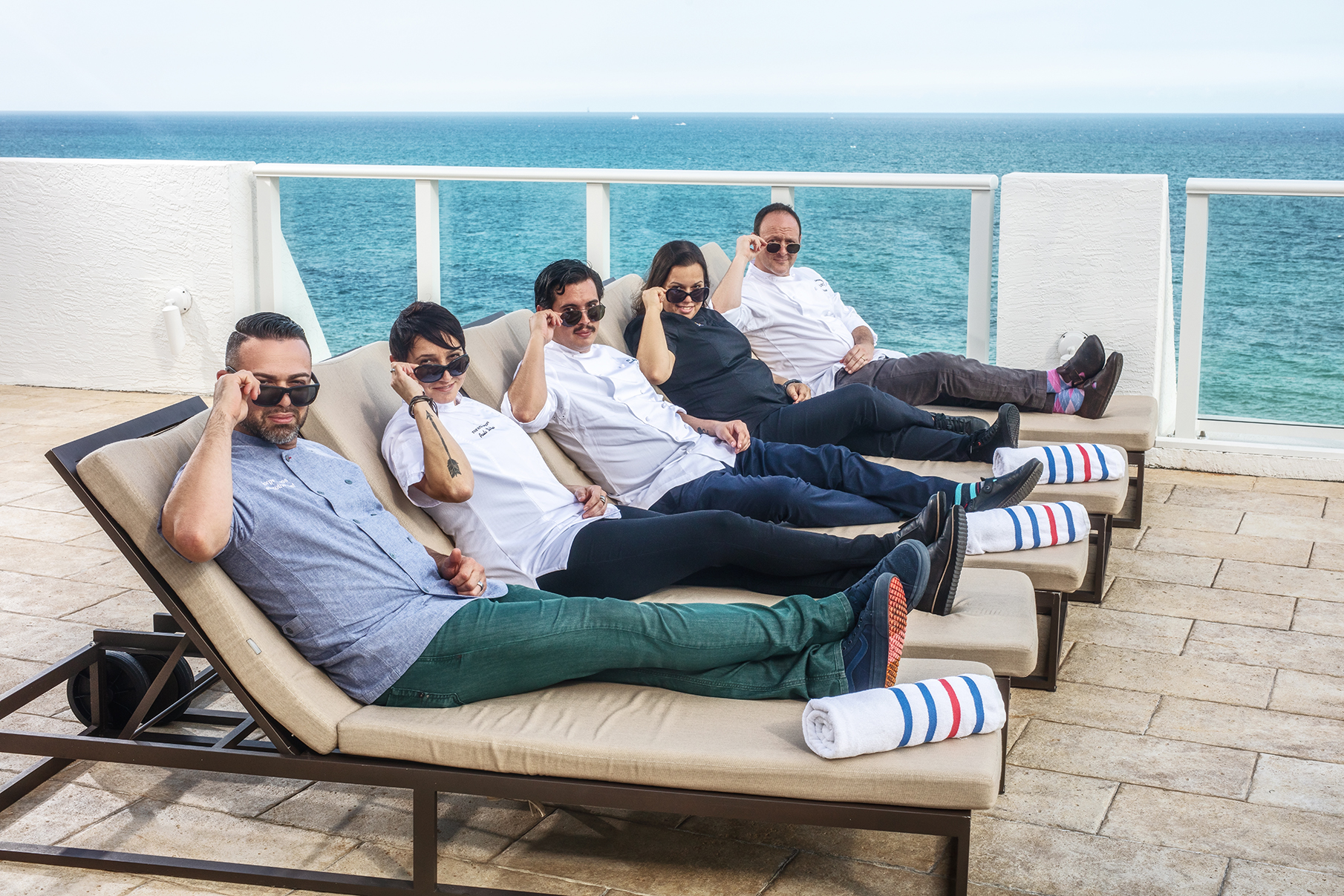 Pictured from left to right:

How would you characterize the culinary scene in Broward as it compares to other markets?

Rivera: The fact that you can find almost every cuisine here is pretty amazing. If you’re looking for Moroccan, Indian, Korean, Jamaican, Caribbean … you can get it. And there’s chefs who can do interesting things with that food. You see chefs who are trying to leave their mark on their specific cuisine, which only adds to the overall scene.

Ramos: From a neighborhood standpoint, you’re seeing several restaurants open in communities like FATVillage. In that sense, Fort Lauderdale has pockets starting to flourish like in Miami, with Wynwood and the Design District. Better still, it’s flourishing around food. … The familiarity of the chefs also stands out; so many chefs around here are from South Florida. There’s a sense of pride about being raised here and showcasing your talents.

Beas: I feel like the Broward market is more down to earth, compared to, say, the Miami scene. It’s a little more laid-back. For me, also, the whole neighborhood feel is impressive. You go to eat at a small place, a hole in the wall, and you can feel that community vibe. Not a lot of cities have that in this country. It’s very warm.

Becker: Companies from outside might not look at Broward as the perfect place to open a new business, but if you know this county, you understand what great people are here. You see the diversity in guests that you can look forward to. It’s a cool scene, and a great place for people [in the restaurant industry] to come up and start to express themselves.

What culinary trends do you foresee on the local scene?

DaSilva: I feel like sustainability, especially for seafood, kind of fell off the map a bit. I don’t think people always understand what sustainable farming and seafood farming is. I remember 20 years ago, everyone wanted Chilean sea bass. They didn’t care if it cost $40 a pound. When chefs stopped serving it, people still wanted it. [They] didn’t understand why they couldn’t have it. So, sometimes, we have to educate people that our ocean isn’t an endless buffet of food. We have to take care of it, and we have to replenish it.

Becker: You can see and feel the quality of that fast-casual dining experience, which is expanding. I see fast-casual as an area where we can get more detail-oriented—better food, better service. … That said, I also feel like the $15 hamburger will start to fade. I don’t feel like good hamburgers will go away; people are just going to realize they don’t have to spend $15.

Ramos: As a company, Hilton tries to be a trendsetter when it comes to food. Over its 100 years of history, Hilton has spearheaded things like the Waldorf Salad and red velvet cake. Being here three years, I see that we’re all about innovation. So, I’ve been doing research in order to have my team on its toes. One of the trends I definitely can see is the integration of more ethnic foods, even more South American influence, as well as Filipino influences.

Rivera: Cooking with fire and charcoal, instead of strictly gas or a la plancha (grilled on a metal plate)—going back to the caveman style, but making it progressive—that’s the trend that I’m noticing. It’s about getting flavor from every aspect of the actual cooking [of the food]. … As far as trends fading out, hopefully truffles. I’ve been over that even before it was a thing.

Beas: I like exposing people to ingredients that are from here but that nobody uses. … Here on the Atlantic side, there are fish that people just don’t eat. Like the whole line-fish thing here. Why not cook them? Like bonito fish. In California, people kill to have bonito—but they fly it in from Japan. There’s bonito here, but it’s like a bait fish for people.