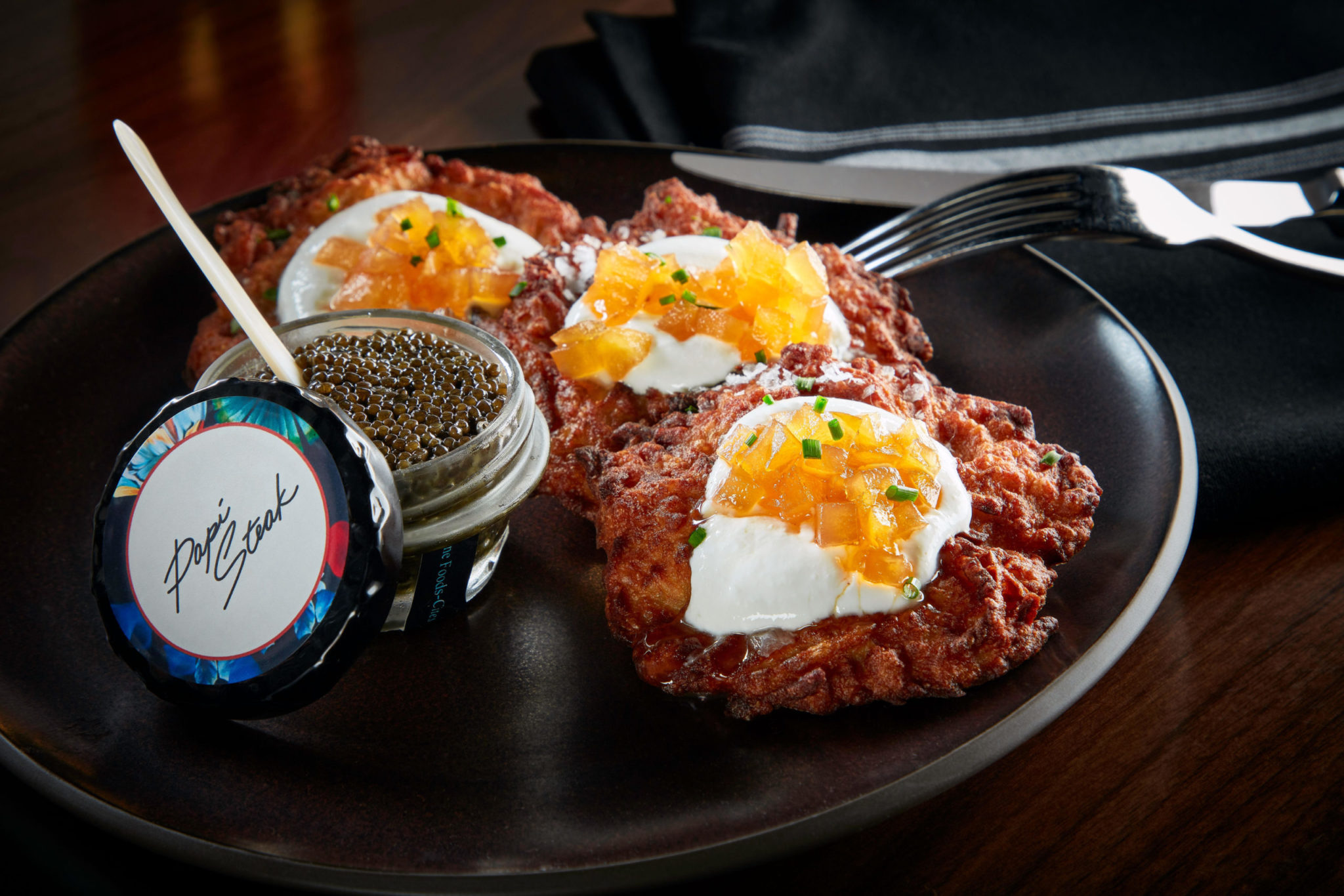 Marble & Rye
The kosher concept at The Lincoln Eatery offers two modern takes on latkes. The first is made with pastrami and the second with corn beef, with each one being drizzled with deli mustard and sauerkraut. Other types include s’mores latkes with sweet potato, chocolate graham crackers and marshmallows for those with a sweet tooth, and a jelly doughnut latke with grape jelly, powdered sugar and sweet potato.

TYO Sushi
Also located at The Lincoln Eatery, the certified kosher Asian food concept offers a trio of latkes: one with tuna tartare, one with salmon tartare and one with a spicy crab mix.