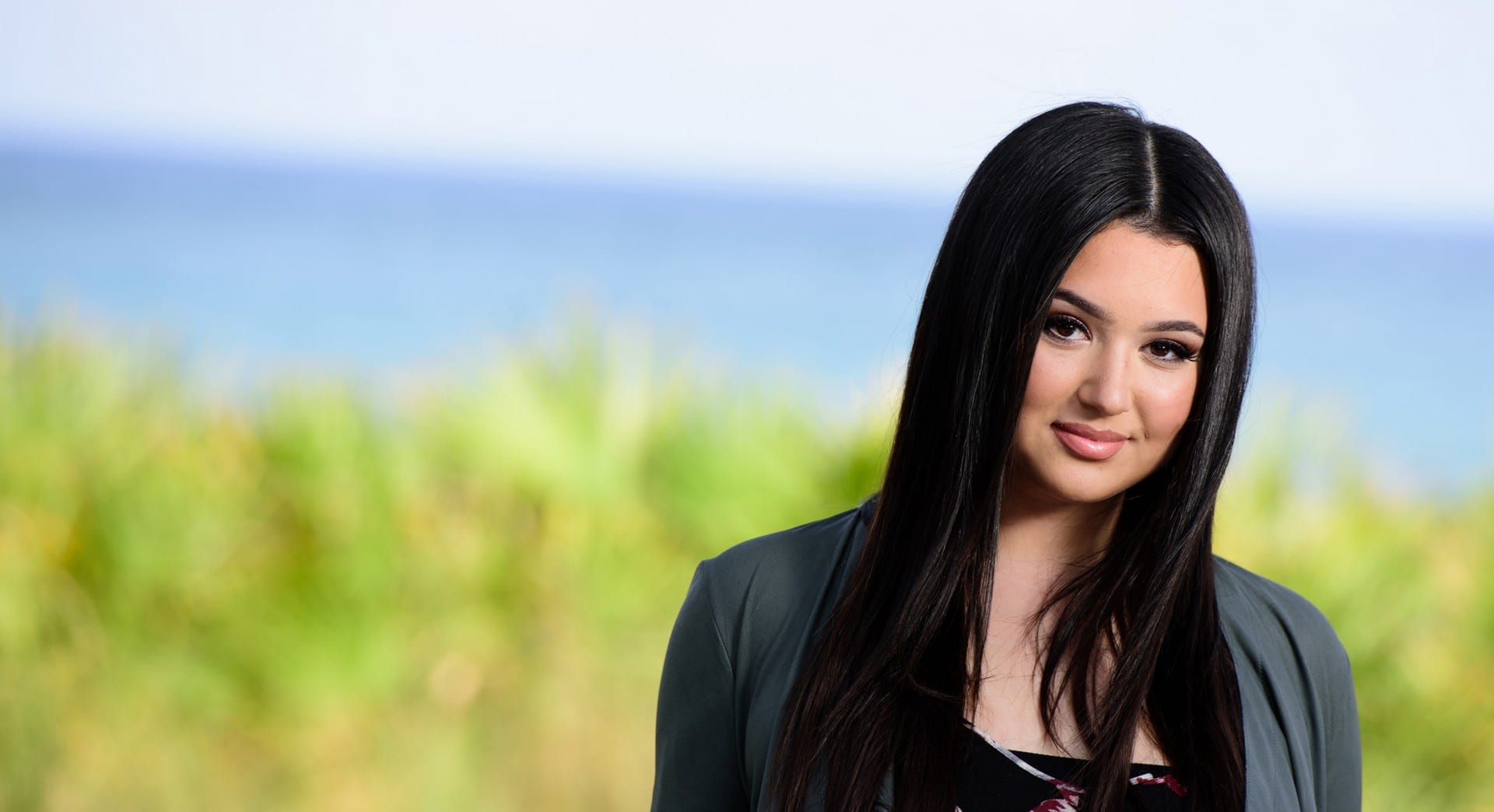 Star on the Horizon

Tears begin to well in Emily Aronson’s eyes the second she’s asked about the musical journey on which her oldest child, Alexa, is about to embark. Part of the emotion, the Boca Raton resident confesses, is the maternal concern for a daughter still too young to take the wheel without a licensed adult driver in the front passenger seat. The rest of the emotion goes without saying: It’s the unmistakable pride that comes from seeing an aspiring 15-year-old vocalist shoot for the stars—and land in the Dogg house.

“I just want her dreams to come true,” Emily says, wiping the tears from her cheeks.
If the events of the past few months are any indication, Alexa Aronson is well on her way. While the rest of her classmates await their sophomore year at North Broward Preparatory School—the same high school that produced pop sensation Ariana Grande—Alexa is gearing up for her Las Vegas debut in October (the month she turns 16). That performance, the details of which had yet to be announced at press time, is certain to include “Music Feels Better,” the catchy dance club single featuring Snoop Dogg that put her on the Billboard chart this spring.

“I always wanted to be a pop star,” says Alexa, who has two younger brothers. “I used to put on these shows for my grandparents; I’d dress up, do my hair, put on lots of makeup, get all glammed up—and blast the music. It was so much fun.

“But I started thinking seriously about it after taking vocal lessons [at age 11]. I got better, and that directed me down a different path. I felt like my voice was mature enough to record and put out music.”
Buoyed by the positive feedback she received after posting YouTube covers of songs by the likes of Grande, one of her vocal influences (along with the soulful Etta James), Alexa focused on taking her career to the next level. With the help and support of her parents (Alexa’s father is Jeff Aronson, CEO of Titan Fighting Championship), she managed to catch the ear of Brian Esposito, CEO of BT Entertainment.

“The moment I heard Alexa’s beautiful and unique voice, I knew she had a bright future ahead of her,” says Esposito, who in turn introduced her to the company’s founder, Bryan Todd. The renowned producer/songwriter—who has worked with Ruben Studdard, Jordin Sparks and Rascal Flatts—not only signed Alexa, he co-wrote “Music Feels Better” and enlisted Snoop Dogg to give the song a freewheeling infusion of hip-hop, along with some celebrity cachet. The strategy worked. Upon its release this spring, the single spent six weeks steadily climbing the Billboard chart for Dance Club Songs, peaking at No. 16 in early June. Plans are in the works for Alexa to record a remix of “Music Feels Better” with Snoop and rapper Fat Joe.

“Alexa is a great young talent; she has an amazing tone to her voice, and with the right songs, her potential is limitless,” Todd says.

With Vegas on the horizon, and a support staff now helping Alexa with everything from wardrobe to stage presence, Emily understands that her daughter is growing up fast. “My biggest concern is her being 15 and suddenly being in this adult world,” she says. “But she’s also very mature for her age; she’s handling this so well.”

“I’ve been taught from a young age to be true to who I am,” Alexa says. “Even if I become successful, I’ll never change.”