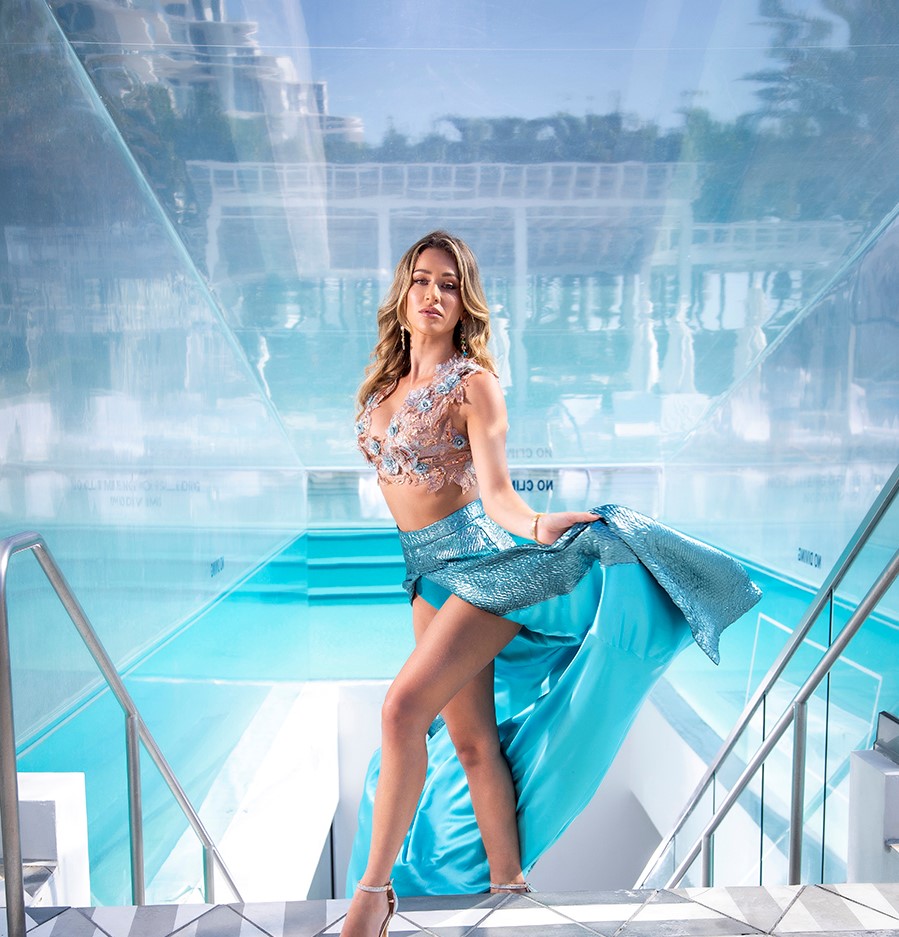 Betting on herself earns Cindy Prado fame as a model, Instagram sensation and brand ambassador—but there’s more to the Miami native than meets the eye 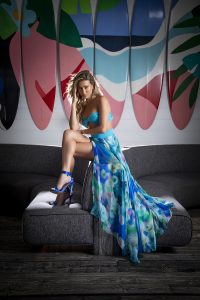 All it took was a few phone calls from her stylist to stir the pot.

Cindy Prado already had plans to be in Cannes the week of the famed film festival in the South of France. She’d scored an invite to the prestigious amfAR Gala inside the Hotel du Cap-Eden-Roc in Antibes, where Christina Aguilera and Charli XCX would perform at a star-studded affair that raises money for AIDS research. And along with catching up with friends and yacht-hopping in the French Riviera, her schedule included networking and attending various events.

But, when you have 2.6 million Instagram followers, a heavily stamped passport from your international modeling gigs, name recognition connected to multimillion-dollar companies, and beauty that stops traffic, plans can change on a dime.

When Sophie Couture, the buzzed-about fashion brand known for its elegant eveningwear, learned from Prado’s stylist that she would be in Cannes, it set in motion a chain of sponsorships that culminated in one of the celebrity world’s most glamorous walks.

Prado went from the airport in Paris straight to a fitting with the Sophie Couture team; she tried on dramatic gala dresses for nearly three hours before settling on a hand-beaded corset gown with crystals, sequins and ostrich feathers that later would have heads spinning. Hassanzadeh also caught wind of Prado’s presence; the jewelry company provided a pair of exquisite diamond earrings that perfectly complemented the dress. And L’Oréal Paris completed the look by driving to the yacht where Prado was staying in Cannes and preparing her hair and makeup.

On May 25, a limousine driver picked up Prado at the marina, circled the waterway, and stopped in front of the Palais des Festivals before the debut screening of Elvis, the Baz Luhrmann film co-starring Tom Hanks. That’s where this native of Miami—who less than a decade ago was living at home and working part-time at a dentist’s office while going to college—walked the red carpet at the 75th annual Cannes Film Festival.

“Tom Hanks and [Latin pop sensation] Shakira walked the carpet next to me; it was incredible,” the 30-year-old says. “I thought the experience would make me feel like, ‘Wow, I’m at the top now. I’ve made it.’

“Instead, it felt like I have sooooo much more work to do. In Miami, I’ll go to a restaurant or club and people will come up and ask for photos. But when you’re looking at Shakira and [supermodel] Bella Hadid, and you see the people swarming them at Cannes, that’s not Miami popularity. That’s global.

This is what distinguishes Prado in the easily misunderstood world of social media models and influencers. Not everyone has 2.6 million followers. And not everyone with 2 million-plus followers has this kind of life.

It takes the kind of relentless dedication that doesn’t reveal itself in one of Prado’s sizzling swimsuit photos. The kind of business savvy that separates the wannabes from the entrepreneurs. It takes someone who knows exactly what they want—and how to get there.

All of which adds up.

Because Cindy Prado is nothing if not a woman with a plan. 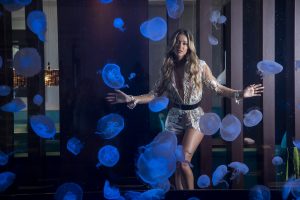 Prado leans over a gourmet coffee at Paolo Fonanot Bakery & Café in downtown Miami to share a screenshot of the upcoming photo shoots that she and her highly organized team execute for dozens upon dozens upon dozens of brands. Fabletics needs images of her “unboxing” their new spring activewear styles; Bo & Tee is looking for Prado in yellow cycling shorts, one of its plunging-neckline “bralets” and other pieces from its new collection; TooFaced is asking her to promote its Lip Injection Maximum Plump cosmetics product.

It takes a village to orchestrate Prado’s seemingly endless schedule of photo shoots for brands, social media responsibilities, appearances, modeling gigs and ever-expanding business interests. Her team includes an agent, two people with the agency to coordinate brand deals (Prado has a spare office just for the free products that arrive by mail from companies hoping she’ll work with them), a Los Angeles-based public relations firm, an assistant who doubles as her photographer, a videographer—and more.

The current team only began coming together a year before the onset of the COVID-19 pandemic. Before that, Prado handled most everything herself—and she was drowning.

“I’d shoot all day, get home, and then tackle the business side of everything on my giant Excel spreadsheet. There were nights where I’d start crying just because I was so exhausted,” she says. “I had to stop thinking that I could keep 100 percent of my earnings and still expect to grow. It wasn’t sustainable.”

It does, however, speak to her upbringing.

Prado was born in January 1992, the daughter of parents who fled Cuba with their respective families, met while being detained in Venezuela, and years later moved together to Miami. She and her brother were raised to never take anything for granted, to never complain, and to revel in the little joys, even if it was a trip to Dollar Tree.

“I never realized when I was young that we were struggling,” she says. “My parents never let us see that; they were always so happy. Back in the day, my mom was the crazy one dancing on tables, always so positive. Now, I’m the crazy one.”

Prado describes herself as a tomboy when she was young; she learned judo alongside her father, who taught classes in South Florida, just like he did in Cuba. In middle school, upon discovering boys, she took dance because “I wanted them to think I was cute.” She ended up in a program for dance and performing at South Miami Senior High.

But deep down, she wanted to be part of the fashion scene. Her mom saved up $800 for Prado to attend a modeling school when she was 15. Though she snagged a gig showcasing teen dresses for a local clothing store, Prado felt the school was a bit of a scam. By the time, she started college at Florida International University (she majored in marketing and earned her degree in 2014), walking the runway didn’t feel like a realistic dream.

She stood “only” 5-foot-7, which modeling agencies pointed to when they balked at signing her. Prado held out hope, given that supermodel Kate Moss is 5-foot-7.

But, ultimately, hope wasn’t the intangible that led her to the red carpet in Cannes. Like her father, who always did odd jobs and could figure out ways to get in front of people, Prado had a secret gift.

“I was a little hustler,” she says.