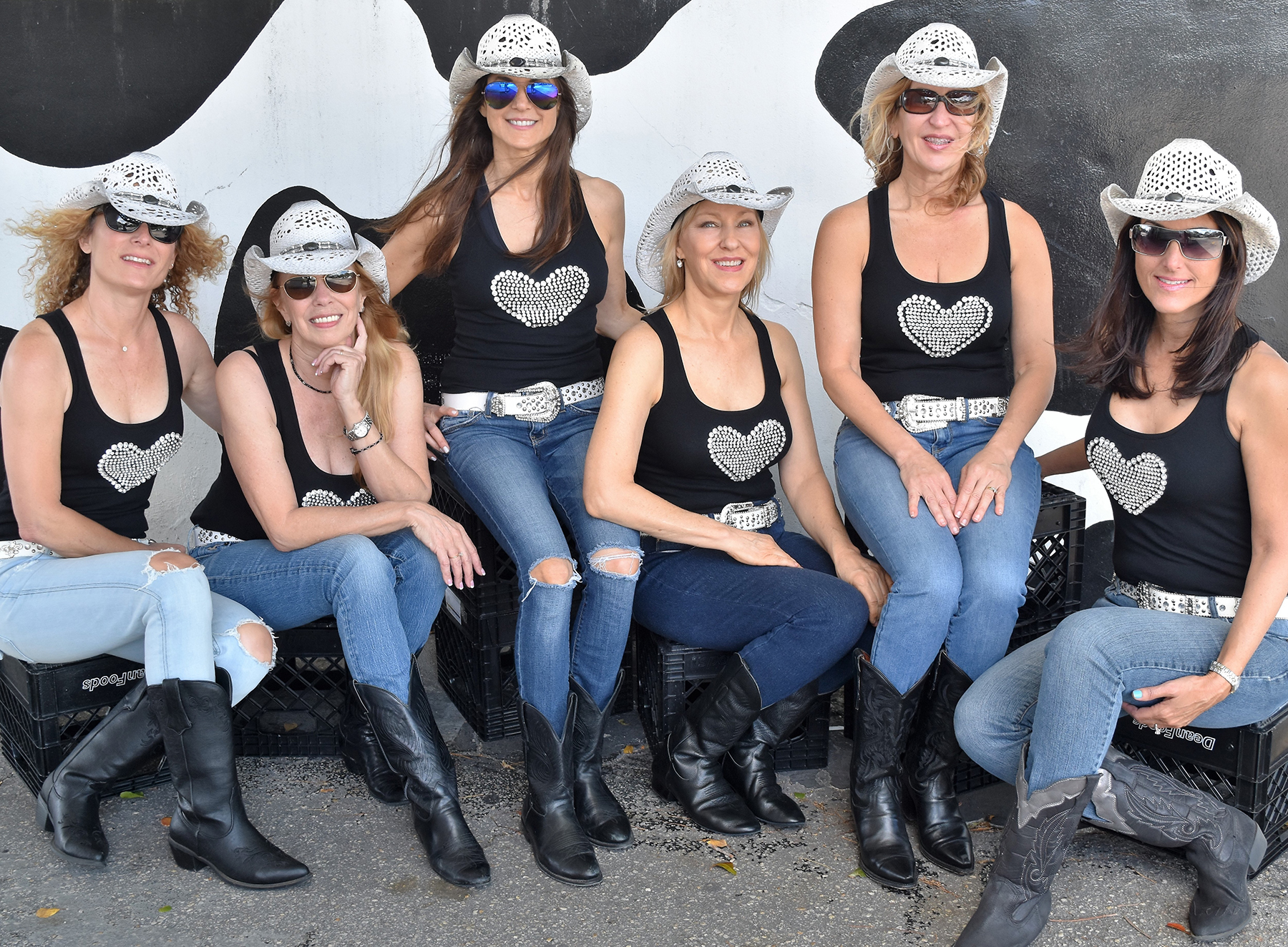 With music blaring, a group of seven women move in tandem across a dance room inside the Pinecrest Community Center. Up front, instructor Kathy Gurdjian showcases choreography for a new line dance, which the women will perform later this year.

“Line dancing is so much more than country-western,” Gurdjian says. “All you need is music with a beat.”

For the last decade, Gurdjian has spent her Tuesday nights at the community center teaching hundreds of women ranging in age from their early 20s to their late 80s how to master a repeated sequence of steps.

“Most of my seniors like to dance to retro music,” Gurdjian says with a laugh. “But in my intermediate and advanced classes, we dance to music from around the world.”

From her Tuesday night classes, Gurdjian formed the Southside Stampede, a group of women who perform and teach line dancing across South Florida.

Member Gloria Anderton, a Pinecrest resident and mortgage banker at Fembi Mortgage in Kendall, has danced for the last 15 years. Anderton and the other women are hired to perform at corporate functions, parties and charity events.

“All of us dance with Kathy in her advanced class,” Anderton says. “But some of us fell in love with it to the point where it became more than just a weekly dance class. We’re kind of like a band.”

This isn’t the first time Gurdjian has led a group of Southside Stampede women. She launched the team in the mid-1990s, traveling around town to perform and compete. But as the women grew older and had families and moved away, the group fizzled.

“I’ve been teaching dance for more than 20 years,” Gurdjian says. “But once the group fell apart, I stuck with teaching at the community center. But as I saw this new group of women commit, we all decided to resurrect the group.”

Today, the group is made up of professionals who balance careers in real estate, accounting and finance during the day with line dancing at night. Gurdjian, known for choregraphing a dance “Ride ‘Em Cowboy” in the late 2000s to the song “Save a Horse (Ride a Cowboy)” by Big & Rich, teaches them a range of line dance choreography, including country, Latin and hip-hop.

In the next few months, the Southside Stampede will perform for the Florida Panthers, the Sisterhood of Temple Beth Shalom in Miami Beach and Whispering Manes.

“There’s this fascinating network of line dancing around the world,” Anderton says. “It’s become such a big part of our lives. It’s great exercise, but it also builds camaraderie.”

“You build such confidence when you’re line dancing,” Gurdjian says. “It’s great for everyone—whether you’re in the group or come to the classes at the center.”

To learn more about classes at the Pinecrest Community Center, call 305.284.0900 or visit pinecrestcommunitycenter.com.