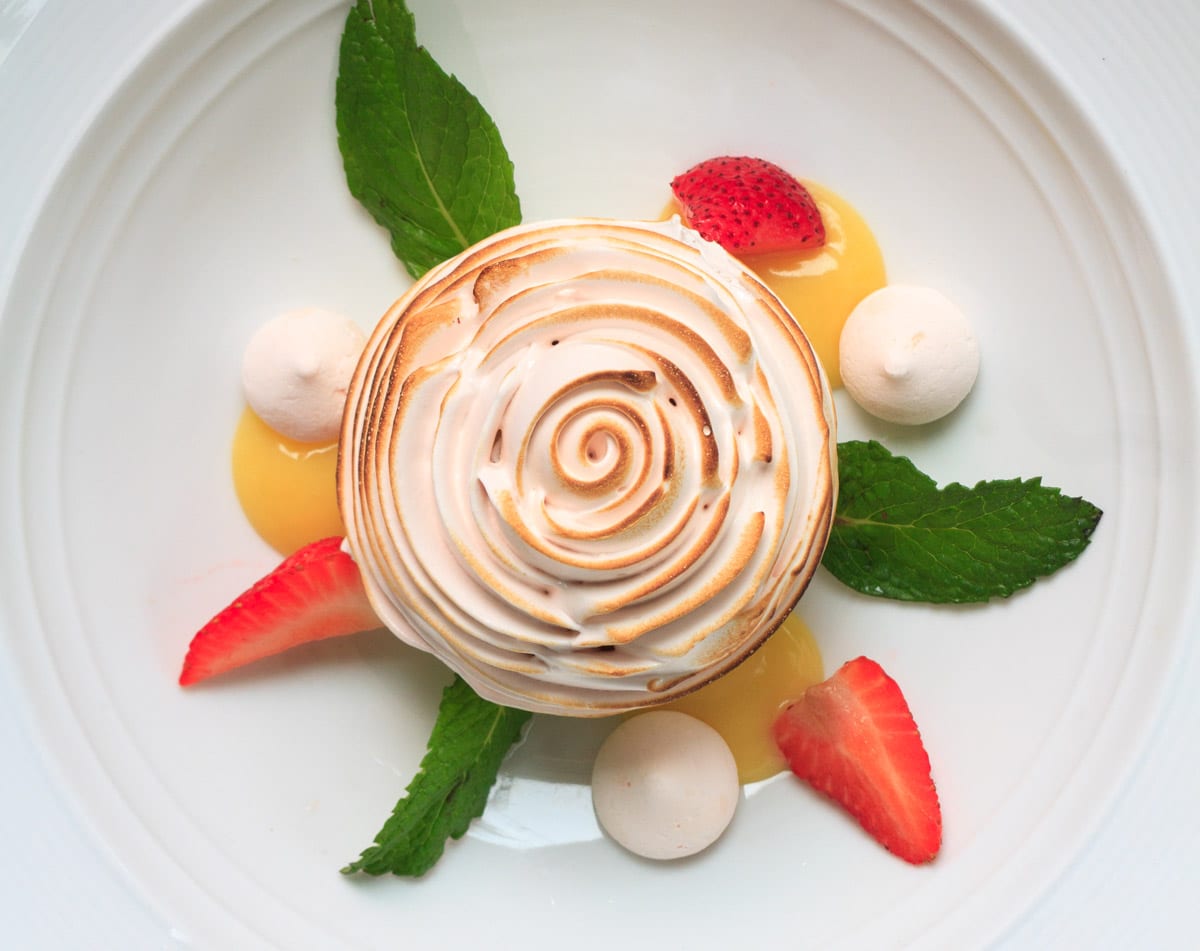 As if authoring the Declaration of Independence and serving two terms as president of the United States weren’t enough to secure his place in history, Thomas Jefferson and his notorious sweet tooth also may have paved the way for a culinary classic.

It’s said that, during the founding father’s first term in office, one of the White House state dinners featured a dessert made with ice cream encased in hot pastry—a precursor for what, with a few tweaks and the addition of meringue, would become baked Alaska.

More than two centuries later, Shooters Waterfront (3033 NE 32nd Ave., 954.566.2855) in Fort Lauderdale contributed yet another chapter to the dessert’s storied journey—one that Jefferson no doubt would find irresistible. In December 2014, director of operations Peter Lopez and the Shooters kitchen team added Key lime baked Alaska to the menu—an ode to the restaurant’s Intracoastal backdrop and relaxed elegance.

“If you look at restaurants along the Intracoastal, everybody has coconut shrimp, everybody has mahi tacos and everybody has Key lime pie,” Lopez says. “We wanted to do something different, something more on the foodie side—but not so far off the charts that you wouldn’t recognize it.”

Lopez also wanted to give diners a rich dessert experience at an affordable price. A similar creation at one of the finer restaurants in South Florida might command upward of $20. At Shooters, it’s $11.
From the moment the dish debuted on the menu, Shooters’ version of baked Alaska—with its spongy ladyfinger cake base, Key lime-flavored ice cream core inside frozen meringue that’s shaped like a rose, and the drizzle of coconut daiquiri sauce that tops it off—was a megahit. On any given day, the restaurant sells between 40 and 60 of the desserts.

“We have ladies who come in and just order baked Alaska—and a bottle of Champagne,” Lopez says.
As with any concoction with as many moving parts as this one, there’s more to Key lime baked Alaska than meets the eye. Lifestyle asked pastry chef Bella Taveras to weigh in on the details.

1. Cuckoo for coconuts: “The daiquiri sauce that’s drizzled over the top (not pictured) is made with coconut rum, coconut milk and simple syrup, all mixed together,” Taveras says. “It goes very nice with the tart elements—and the rum gives the dessert a touch of warmth.”

2. Deep freeze: “Because the meringue melts so quickly, we have to pipe it around the ice cream while working in the freezer. If you did it at room temperature, the meringue would fall right off the ice cream mold. I start piping it from the top and work around the curd to give it the flower shape.”

3. Hidden surprise: “We add Key lime juice to our homemade ice cream, and we pipe the ice cream right into molds that are placed in the freezer. It works out to about one gallon of ice cream split into 24 molds. We try not to make too much ice cream in advance because we want to keep it as fresh as possible.”

4. Sealed with a kiss: “The macaroons shaped like Hershey’s Kisses that we plate the dessert with are dried meringue baked at 200 degrees. The size is important; if we make them too big, they break up. It gives the dessert a sweet crunch.”

5. A rose by any other name: “We use a drop of beet juice with the meringue to give the rose its elegant pink color. And then we lightly torch it to give it that contrast.”

6. Soak it up: “The ladyfinger on the bottom is like a sponge cake; it absorbs not only the daiquiri sauce but also the ice cream as it begins to melt,” Taveras says. “The longer that you let it sit, you notice the flavors in the dish popping out even more.”