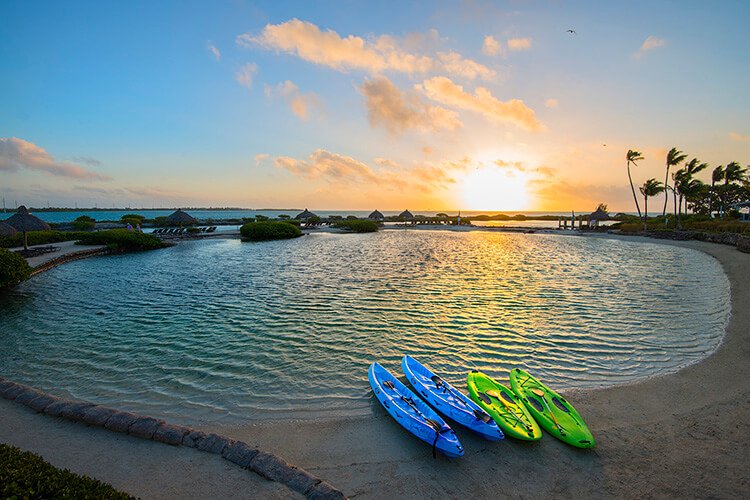 The Clouds Have Parted

Eight months after Hurricane Irma battered the southernmost stretch of Florida, the biggest problem for businesses in the Florida Keys has less to do with the damage caused by the Category 4 storm. Much of that has been fixed. What’s still being repaired is public perception about the 125-mile island chain, which counts tourism as its biggest economic engine.

That’s why Key West mayor Craig Cates almost sings when he invites visitors who think the island isn’t what it was before the storm. “Come on down … the water’s fine!” Cates says. “And everything else is, too.”

The Keys reopened to visitors on Oct. 1, after all 42 bridges of the Florida Keys Overseas Highway were deemed safe by the Florida Department of Transportation. “We announced we were open for business because Gov. Rick Scott had visited Key West and wanted us to be welcoming visitors,” Cates explains. “The state of Florida recognizes Key West as the happy place, and that is how we are known all over the world. We’re a small community, and the governor definitely wanted us to be able to [accommodate] visitors as soon as possible, so we were helped with the resources to do that.”

Cates says it took the city about three more months to feel completely ready. “By January, we were good, and we had a great New Year’s.”

Throughout the Florida Keys and Key West, nearly 80 percent of all hotels are open, and parks and attractions are gearing up for summer. Some resorts have viewed the post-storm period as an opportunity to revamp more than just damaged parts of their properties.

“We spent a lot of creative moments developing new and exciting experiences for our guests,” says Sheldon Suga, vice president and managing director of Hawks Cay Resort. The 60-acre property, an hour north of Key West, is in Duck Key, one of the islands that sustained some of the most serious damage from the storm.

“Hawks Cay Rises” trumpets an announcement of different phases of renovation that Suga says will “enhance the overall look and feel of the resort.” The resort partially reopened in March with 100 villas. The resort will fully reopen this summer following the redesign of the main lobby and all 177 hotel rooms, plus the introduction of some restaurants, Suga says.

In this photo provided by the Florida Keys News Bureau, Ashley Sheppard and her daughters enjoy the pool at Cheeca Lodge Resort & Spa, an iconic Florida Keys resort Friday, March 30, 2018, in Islamorada, Fla. After sustaining major damage from Hurricane Irma, the oceanside resort reopened Friday for the first time since visitors were evacuated a few days before the storm’s Sept. 10, 2017, passage through the Keys. Keys tourism officials say that 80 percent of accommodations throughout the island chain have returned to business. (Andy Newman/Florida Keys News Bureau via AP)

No stranger to hurricanes, Cheeca Lodge & Spa had its beginnings after the 22-bungalow Olney Inn on the Overseas Highway in Islamorada was destroyed by a strong storm in the 1960s. Cynthia Twitchell, heir to the A&P grocery store chain, took over the property and named it Cheeca after combining her nickname Chee, and her husband’s name, Carl. Now owned by Northwood Investors, Cheeca Lodge & Spa was closed for six months after Hurricane Irma. It reopened March 30 with $25 million in renovations that revitalized its interiors, including a redesign of its lobby and updated rooms.

Jim DeKeyrel, a 12-year resident of Key West and director of sales for the Monroe County Tourist Development Council, says the Keys and its resorts have made an “amazing rebound” since Irma. “We are seeing a resurgence in demand, and we’re seeing that demand growing back to above-normal levels,” he adds.

Matthew Babich, general manager of Southernmost Beach Resort in the heart of Key West, on its storied Duval Street, says he speaks for many of the resort and business owners of the islands. “We welcome guests with open arms to come stay with us and have the vacation of a lifetime,” he says, adding that there are again “long-lasting memories to be made in the Keys.”