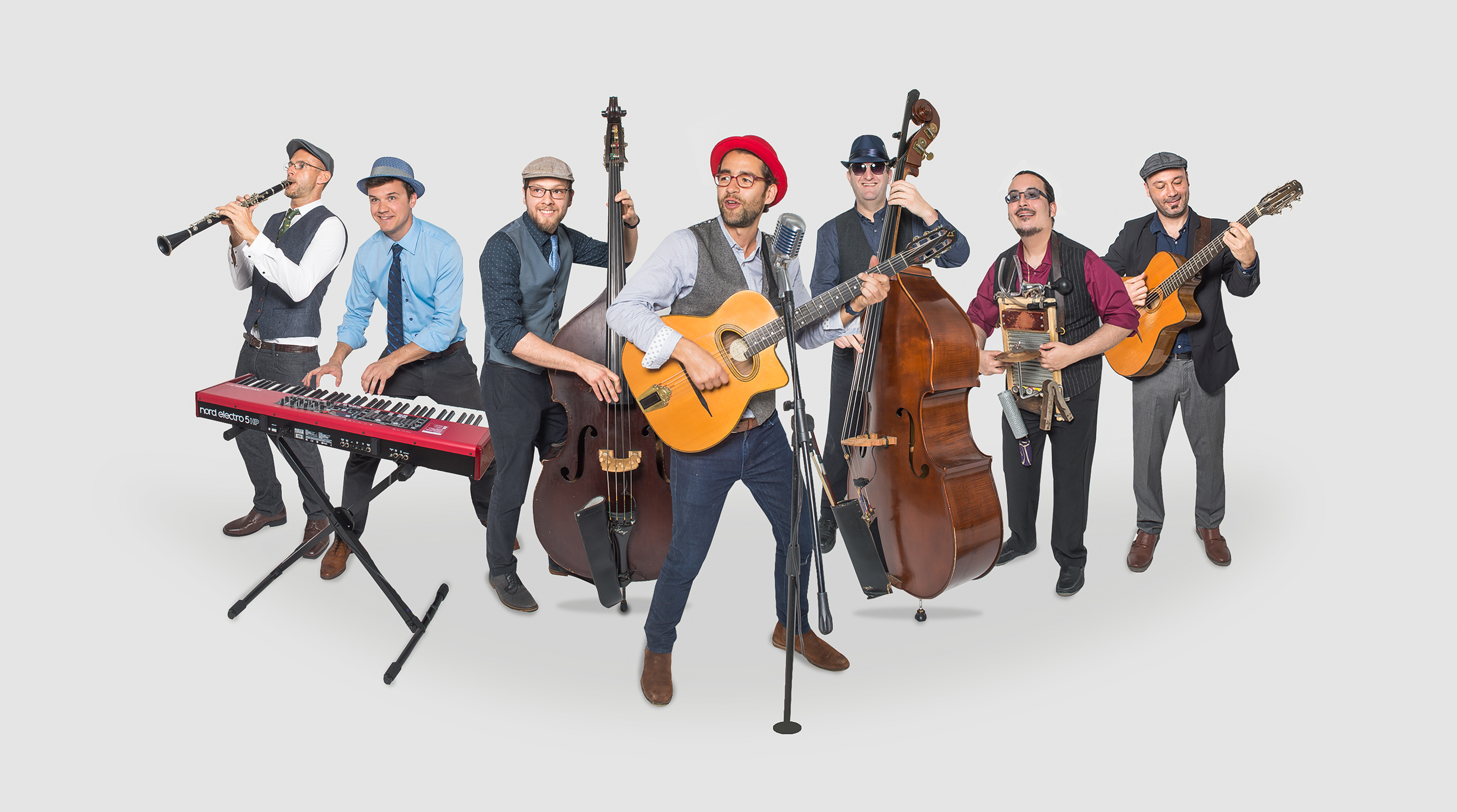 The French Horn Collective gets ready for their Coconut Creek performance

Vincent Raffard is a self-proclaimed “old soul.” The leader of the South Florida-based band, The French Horn Collective, wants audiences to be transported to another era when they hear the music he plays—a time when Duke Ellington, Fats Waller and George Gershwin were entertaining Americans with red-hot jazz in the 1930s, and when Edith Piaf, Yves Montand and Charles Trenet were the chanteuses and chanteurs at the cabarets in France.

The collective has taken its sound to a number of local jazz festivals. Now, as he readies the repertoire for The French Horn Collective’s performance at Coconut Creek’s Jazz Under the Stars this month, Raffard talks about the first time he fell in love with the trumpet and how he came to South Florida in 2007 and never left.

You play the trumpet and guitar, and sing, and other performers that make up your group play string instruments (like violin and bass), and drums and keyboards. So, why the name The French Horn Collective?

I play the horn and the music we play is French, and I have different musicians that play with me. We became a collective because everyone wanted to be a part of it. We don’t play French horns.

You say you play French music, but some of the songs are by American composers.

The concept is always around French influence … the American composers and musicians played in France, spent time in Paris.

What will you perform at Jazz Under the Stars?

Some old New Orleans classics, another French style called Gypsy jazz, and some original French music I’ve composed, and one or two holiday classics since we’re performing just before Christmas. I like to play melodies, great ballads and jazz standards, old school jazz. Audiences will be in Florida, but just for an hour or two, they will feel like they’ve traveled back in time to the 1930s and 1940s in Paris.

You’re drawn to music from a different era, and you say you are an old soul. How old are you?

I’m 38, but I believe we have a soul age. I was meant to play these old melodies, to keep them alive. When I can tell a story through music, that’s where I feel I’ve done my job.

Did you always play the trumpet?

I first played the guitar when I was 12. I studied it for six years and went to school early to study jazz guitar. When I was 18, I had a dream that I was playing trumpet, and the dream kept coming back. In my dream, the instrument was easy for me to play. I rented a trumpet and tried it out. I felt a connection to the instrument. I got the feel of it right away.

How did you come to South Florida?

I went to see a friend of mine playing at a bar in Paris in 2007 and there was this other musician named Brendan O’Hara there. He was singing and playing guitar. During one of his songs, he was faking a trumpet sound with his mouth. When I heard him making that sound, I said, ‘I play the trumpet and I have it with me.’ He invited me to play with him on stage. We had never met, had never played together, but the music was happening. It was magic. He invited me to go on a tour with him. We toured for one month during the summer in places like Cleveland and Pittsburgh and New York. We ended up finishing in Miami, where he lived. The last day of the show, I had a flight back to Paris. I didn’t go.

To learn more about The French Horn Collective and listen to their music, visit thefrenchhorncollective.com.

Coconut Creek’s Jazz Under the Stars

What: The French Horn Collective performs under City Hall’s light display. The event is free to attend, but food truck fare and alcohol will be available for purchase. Attendees must be 21 and older.