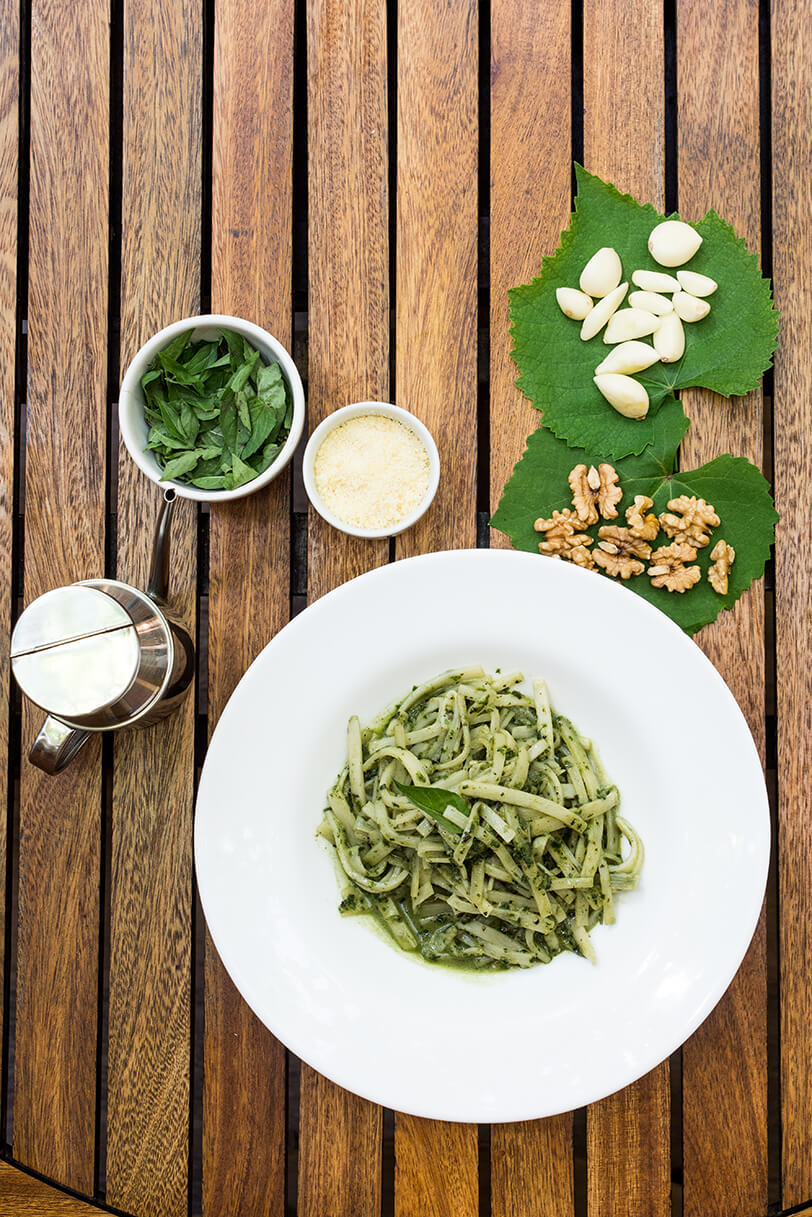 The Noodle With a Heart

Four gluten-free grams of carbs and less than 20 calories. That’s all it took for Alfonso Tejada to secure $300,000 of funding on the ninth season of the ABC television program “Shark Tank.”

“It’s hard to believe this actually happened,” says Tejada, whose pitch to the show’s “sharks” was featured in an episode that aired in February. “I’ve always been confident in the product, but I never thought it would lead to this.”

The Pinecrest resident’s O.A. Foods produces Palmini, a vegetable alternative to pasta made of hearts of palm. After serving it to the sharks on the show, multimillionaire entrepreneurs Lori Greiner and Mark Cuban were sold.

“I’ve never been on television before, so this was all new to me,” he says. “Luckily, two of my favorite sharks loved Palmini as much as I do. Now the real work begins.”

Palmini is made from cultivated palm trees that are cut and prepared in a way that creates a long, thin and spiraled shape similar to pasta. If eaten out of the can, it tastes like hearts of palm. But follow Tejada’s preparation (see sidebar), and add a dollop of red sauce and seasoning, and Palmini’s resemblance to pasta is striking. Because hearts of palm contain more than 90 percent water, the calorie count is low even as there’s plenty of fiber.

“It’s really difficult to cut hearts of palm in the shape of pasta,” Tejada says. “We spent a long time developing a unique machine that can prepare it in the right way.”

This isn’t the first time Tejada’s company, O.A. Foods, has been at the forefront of healthy food alternatives. He started importing quinoa to the United States in 2012, followed by chia seeds. By June 2017, he was ready to debut Palmini across the States.

“Noodles have always been popular,” he says. “That’s when it hit me. If I could manufacture hearts of palm as a pasta, it could be the next big thing like quinoa or cauliflower dough.”

Though Tejada managed to rack up $100,000 of Palmini sales, he was eager to find a way to reach a larger audience. That’s when he took a chance and auditioned for “Shark Tank.” A few weeks later, he received a call back. By September 2017, he was ready to appear on an episode and pitch Palmini. “I’ve always loved the show,” he says. “It was one of those things where I really wanted to try, but I never thought I’d get a response.”

Since securing the funding, Tejada has focused on making Palmini more accessible by stocking the pasta alternative in as many supermarkets as possible.

“We just got into all Whole Foods stores across Florida,” he says. “That’s really exciting for us. We’re also developing a new packaging and will then look to get the product into restaurants and abroad.”

Make It at Home

To properly prepare Palmini, Tejada suggests thoroughly rinsing it and letting it sit in milk for 15 to 30 minutes. Then, rinse it again and heat it with your desired sauce. That’s enough to fool most people, he says.

“It’s not going to taste exactly like pasta,” he admits. “But if you cook it right, it’s your best alternative.”