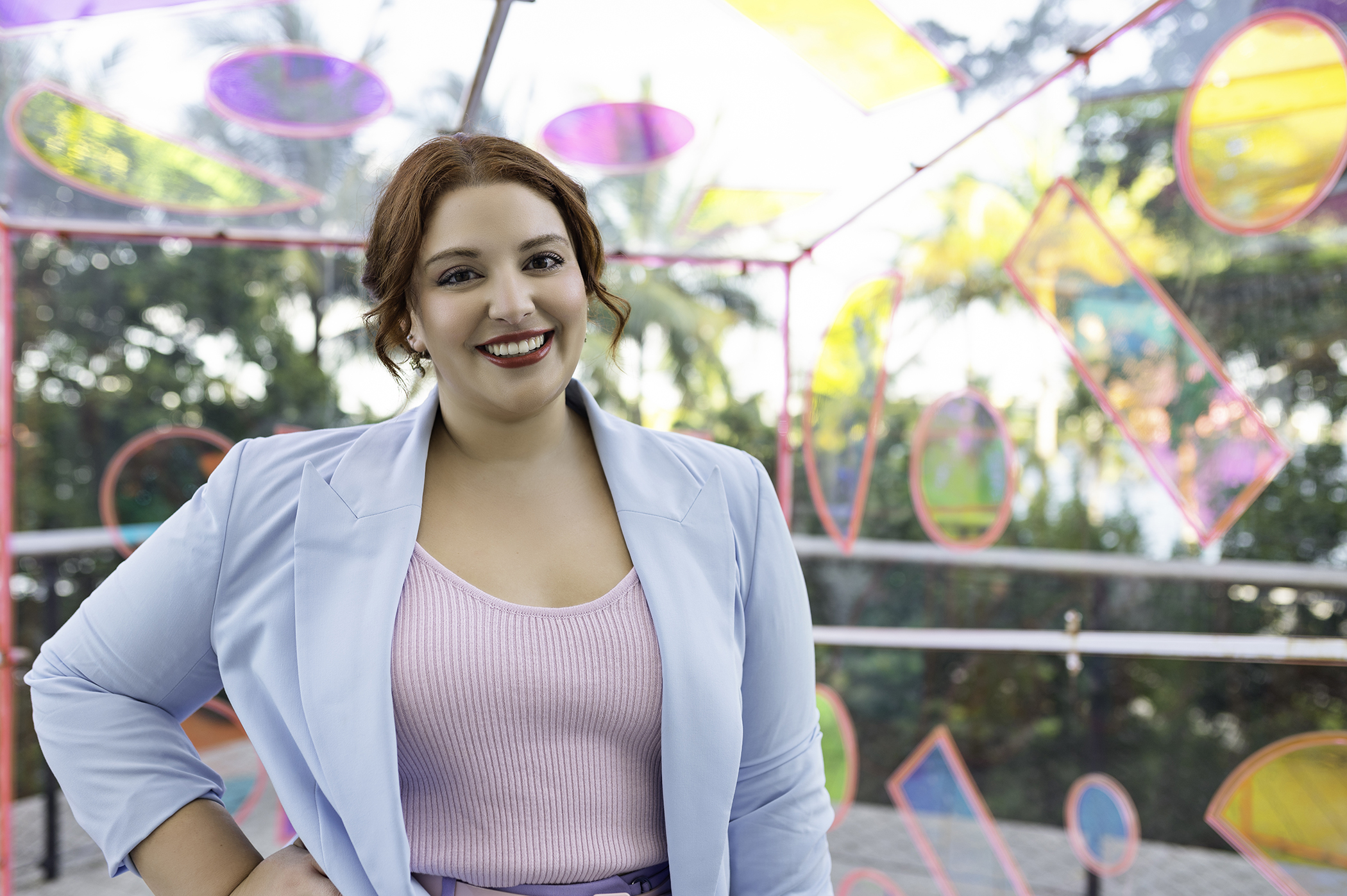 In another life, Monica Skoko Rodríguez might have been the head writer for a popular network series or late-night show by now. She fell in love with television writing while earning her Bachelor of Fine Arts degree at New York University—and even worked as an intern and production assistant on The Colbert Report.

But destiny had a different path in mind for the native of south Miami-Dade County. In 2014, Skoko Rodríguez briefly moved to Chicago to be with her new boyfriend (and future husband); he’d been diagnosed with a condition that required a stem-cell transplant. The procedure by a specialist in the Windy City, which erased her boyfriend’s immune system in order to reboot it, changed more lives than just the patient’s.

“Anything I knew about health care was from House or ER,” she says. “Honestly, it was like witnessing magic to see the incredible work his team did to heal him, specifically the nurses. It was life-altering for me.”

By 2016, Skoko Rodríguez had graduated from the University of Miami’s School of Nursing and Health Studies. But even though she was now a registered nurse, her evolution was far from over.

“There’s an old public health adage: If you look in the river and you see a baby, what are you going to do? You’re going to pull the baby out of the river,” she says. “But, if you see five more babies, 10 more babies? At what point do you go upstream to see what’s causing it?

“That’s how I felt working in a hospital. I felt like I was pulling babies out instead of seeing the root cause. That’s what public health is.”

In Skoko Rodríguez’s case, those root causes also needed a connection to women’s issues. After returning to college to earn a master’s degree in public health at Johns Hopkins, she held positions, sometimes simultaneously, that spoke to her passions for policy, advocacy, politics, and health care—including a year as president of the League of Women Voters of Miami-Dade County (she stepped down recently and is now chair of voter services).

Her interests coalesced in her current role as executive director/program officer of Miami-Dade County Commission for Women, the government advisory board that advocates for improvement around the status of women throughout the county. The impressive 30-year-old, who isn’t ruling out a political career of her own, spoke candidly with Lifestyle about a variety of topics related to women in South Florida.

The thread of advocacy is consistent in your career—and entwined with your health-care work. You were a student nurse at a women’s shelter in Miami, a speaker/advocate and a registered nurse for Planned Parenthood, and a policy advocate for the Florida Department of Health. Was there anything about your upbringing that influenced this direction?

Growing up, I had very little access to information about women’s health and reproductive health. I remember very distinctly, when I got my first period, I had no idea what it was. My mom gave me a book, and that was the only time we talked about it. Although, I don’t know if we can call that talking about it.

Just understanding what feminism was and, in a broader sense, understanding the power that women should be able assert over their own bodies really spoke to me. So, I started to follow that path.

I also had this very innate sense that women were getting the short end of the stick. So, I’ve always had this strong pull toward women’s health and gender inequities. Growing up as a Latina [her mom is Cuban], and all of the machismo that comes with our culture, fed into that as well. It definitely rubbed me the wrong way.

I was a curious questioner, and I still am. Maintaining the status quo, and not challenging something, is very difficult for me. The worst answer you can give me to this day is, “Well, that’s how we’ve always done it.” That doesn’t cut it for me.

I want to understand the root cause of something—and change it, if it needs to be changed.

What kind of impact did the political discourse about Planned Parenthood have on your personal and career path?

Not to be hyperbolic, but for the first time in my adult life I was seeing what seemed to be the beginning of The Handmaid’s Tale. We were seeing so many fundamental rights being taken away, and not just on the national level. So many great programs that Planned Parenthood funds globally, that allow a lot of developing countries to succeed, also were being taken away.

And it made me angry. I grew up pretty privileged in the sense that I never had to worry about where my next meal was coming from. And, in retrospect, that fed into why I was politically disengaged. But, now, for the first time in my life, I was furious at our political system. It was like the movie, Network. I was [mad as hell], and I didn’t want to take it anymore.

It was a time of a lot of reckoning for me. In addition to growing up in a Latin household, it also was an incredibly conservative household. My grandfather, who’s Croatian, would send me letters in the mail when I was at New York University about what a horrible school I was attending. There were so many liberals there, he wrote. He’d include a bio of the Pope or some important Catholic figure in the letter. It was a time where, very consciously, I was separating myself from those views.

And it wasn’t without repercussions. I stand with my political and policy views—but they’re in direct contrast to those that I grew up with [which, she says, has impacted some of her family relationships].

When you think about inequity specific to women in health care—those working in the profession or from a patient standpoint—what jumps out to you?

One of the most concerning things involves the studies that show women are not treated the same as men by health-care workers. There’s a traditional pain scale, for example, and women often are not believed when it comes to their pain. This links up to the maternal mortality crisis that our country is going through; one of the world’s highest-income countries should not have the maternal mortality rates that we do. [Note: According to the World Health Organization, the U.S. has the highest maternal mortality rate of any developed nation on the planet at 17.4 per every 100,000 births].

It’s due to misogyny and racism in our system. Regarding the latter, there are multiple studies that show that new doctors who are surveyed believe that black women have a higher pain tolerance than a white woman or a white man. That’s simply not true; there’s no scientific basis for that. It comes from things you’re taught when you are young, or when you don’t have enough diversity of educators. [That can lead to] internalizing problematic and incorrect thoughts, whether they be about another race, gender, or immigrant groups.

We have an incredibly robust health-care system in terms of technology and education. But there’s a missing link. And, unfortunately, it’s seeing the shared humanity in patients.