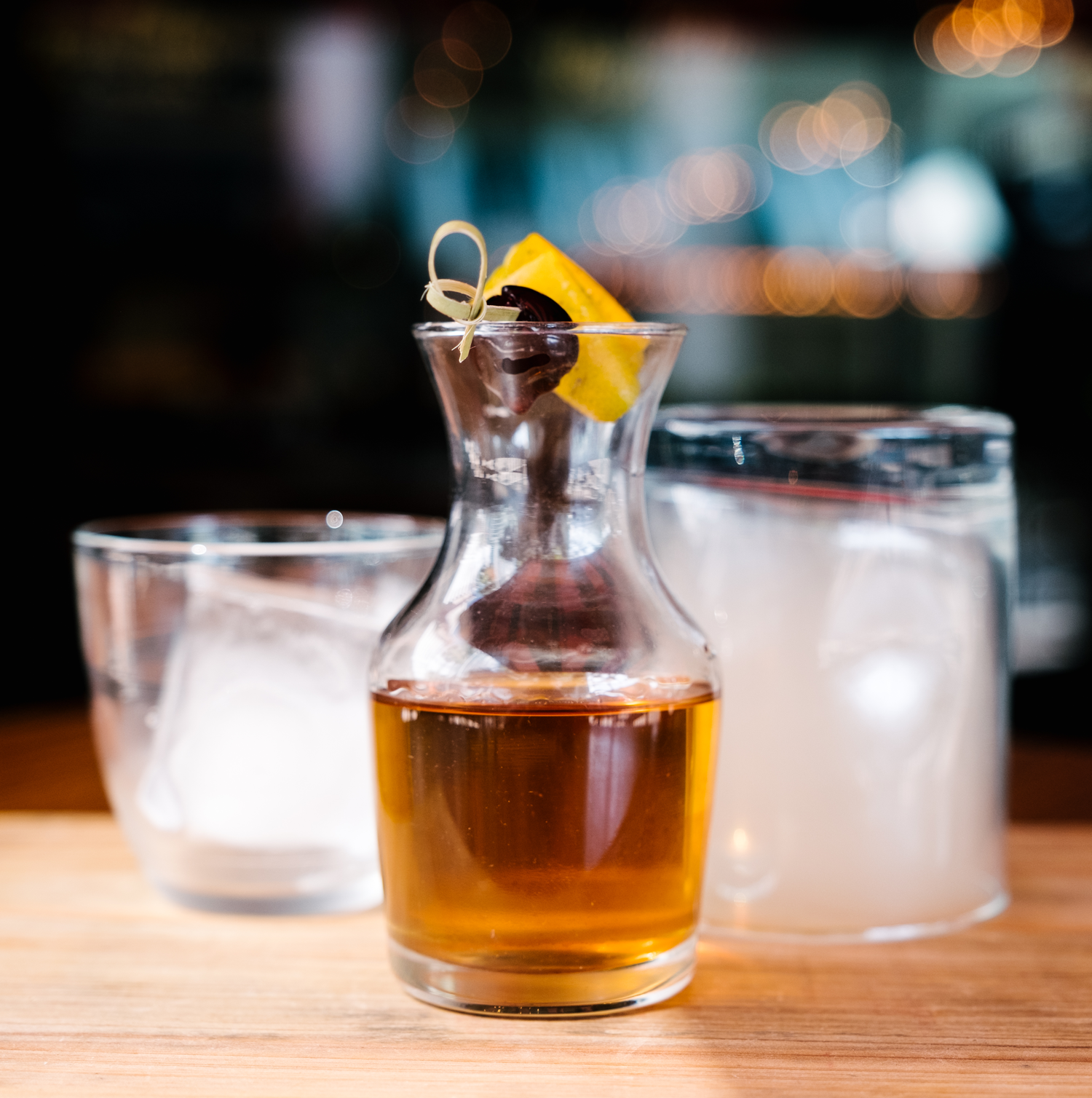 Walking into Big City Tavern in downtown Fort Lauderdale (609 E. Las Olas Blvd.) feels like stepping into a Prohibition-era speakeasy. The sturdy oak bar, vintage photos cluttering the walls, wood floors and fireplace with a moose head all combine to transport customers to another time and place.

Adding to that vibe is Big City’s entertaining take on one of the oldest drinks in cocktail history, the aptly named Old-Fashioned.

Legend has it that the drink originated in Louisville, Kentucky, and was named because it was made in the “old-fashioned way”—bourbon, a sugar cube (now simple syrup), bitters, an orange peel and a bourbon-soaked cherry.

Big City’s general manager, Jason Steele, says a trip to Louisville was the inspiration for the tavern’s take on the drink—the Smokey Old Fashioned.

Working with Old Forester Distillery, one of the oldest bourbon makers in Kentucky, Big City picked out its own barrel of aged bourbon, which yielded Old Forester Big City Tavern Single Barrel bourbon whiskey. The private label is 90-proof alcohol, and the stamp on the front of the bottle indicates where the barrel was housed in the Kentucky distillery: Floor 8, Warehouse 8.

Not only is the bourbon specific to Big City, but the presentation is unique as well—complete with a smoke show. The bartender places an upside-down glass atop a butcher’s block. Another glass has an oversized ice cube. A carafe filled with the bourbon, infused simple syrup and a “secret recipe” of Big City orange bitters is the third item. Garnish is a twist of orange peel, and a bourbon-soaked black cherry.

Tipping it slightly, the turned-over glass is filled with a small “gun,” which contains a mist of Applewood smoke. It is turned upright quickly to retain the vapor, and then the cube is dropped inside. The ingredients are poured in the smoke-filled glass, and then the garnish is placed on top.