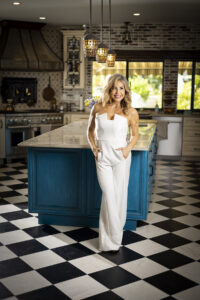 It’s been more than two years since a global pandemic began changing the narrative for people around the world. For some, the storylines produced by COVID-19 offered a chance to reimagine life and its possibilities. For others, it’s an ongoing struggle to put past, present and future into context.

And that, says Dr. Ann Monis, the founder and owner of Transformative Healthcare Solutions, has many people feeling anxious. And lost. And angry.

According to a recent City University of New York study, nearly 10 percent of all Americans suffer from depression, a rate that’s doubled among teens. A Mental Health America study, meanwhile, estimated that 1 in 5 adults in the United States are dealing with some form of mental illness.

Asked if those figures resonate with her and the nearly 100 licensed psychologists that serve clients through Transformative Healthcare Solutions’ five Florida locations (from Jacksonville to Fort Lauderdale) and beyond, Monis doesn’t hesitate. If anything, she says, the numbers are understated.

“Think about what we’ve experienced,” says the forensically trained clinical psychologist. “People were isolated. There were financial stresses. People lost their jobs. Children were taught remotely. High schoolers missed prom and graduation. We couldn’t travel. We couldn’t dine out at restaurants. All of the things we enjoyed in the course of our day-to-day lives, things we took for granted, were suddenly gone for a time. And much of it was beyond our control.

“That can have a dramatic effect on humans. What happens when we’re cornered? What happens when you feel like you don’t have choices? People start to have knee-jerk reactions when you pin them up against the wall and tell them that they can’t make decisions for their children or themselves.

“Suddenly, all these buttons are being pushed. Every individual responds in a different way. But there’s no question that people everywhere are having a reaction.”

That Monis has emerged as one of her industry’s leading and most respected voices in such a relatively brief span of time is a story in and of itself.

When she launched Mental Health Center of Florida nearly a decade ago, Monis was drowning in student loan debt and driving an old Nissan Murano that her grandmother helped her purchase just so she had wheels.

Today, the mother of two sons (ages 5 and 7) leads Florida’s largest private provider of behavioral health care services—a nationally renowned business with an emphasis on assisted living/nursing facility residents, at-risk youth and in-office or telehealth outpatient care (which has dramatically spiked since COVID-19). The company now operates as Transformative Healthcare Solutions (ths.health), which encompasses expansion outside of Florida and into Georgia and South Carolina.

Along the way, she’s dealt with her share of old-boys-club notions about women and business. But Monis understands better than anyone that, for perceptions to change, some buttons need to be pushed.

Little about Monis’ family history foreshadowed the career she ultimately would embrace, especially when it comes to her higher education journey—one that includes a postgraduate degree from Harvard Business School. Her mother finished high school; her father never made it past eighth grade.

But there were episodes and influences that suggested Monis was destined to make her own breaks. Her parents met while serving in the Israeli Air Force; they soon married and worked together at a café her father owned in Tel Aviv. But by the time Monis turned 5, the relationship was over. Her father stayed in Tel Aviv—and, for a few years, Monis spent much of her time there while her mom settled in South Florida.

At age 9, Monis left Israel to live with her mom in Miami.

“For a time, I glorified those years in Israel,” she recalls. “My father had a nice house on the ocean, and I had a very comfortable life. But I think being a product of divorce in the 1980s in that male-dominated society where women weren’t supposed to be divorced—where the man basically owned you—had an impact.

“When I came to America [for good, although she did spend some summers in Tel Aviv visiting her father], I watched how my mom struggled. She waited tables, she tended bar, she was a secretary—my mom did anything and everything she could to [support herself and Monis]. I knew I had to be successful. In college, I wasn’t going to parties every weekend—I worked tables at a Mexican restaurant, I tended bar, I tutored students in math and English. I had to solve this financial problem for my family; my mom couldn’t keep working [so hard].

Forks in the Road

It’s not difficult, given her incisive mind and talent for well-reasoned persuasion, to envision Monis stating her case before the court. Indeed, she attended St. Thomas University in Miami Gardens intent on becoming a lawyer. But a conversation with the owner of a criminal defense firm in Naples changed all that.

“I was doing an internship there, and I remember asking the owner one day if he loved his job,” says Monis, who earned her Master of Business Administration (MBA) at St. Thomas. “He looked at me and said, ‘Run.’

“He explained that clients aren’t happy unless you’re winning for them, that the arguing was relentless, and people were ungrateful. I realized he was probably right; it wasn’t for me.

“And then it hit me. It wasn’t the case law; it wasn’t arguing a case. The thing I loved about law school was the forensic sector. It was the psychology of criminal defense that appealed to me. So, I went back to the drawing board and applied to the only school in Florida that offered a doctorate in forensic psychology [Albizu University in Miami; Monis’ doctorate is in clinical psychology]. It took me another 2½ years, but I knew I’d found my calling.”

At the time, Monis had set her sights on working with the FBI’s Behavioral Science Unit. But during the recruiting process, two things deterred her. For starters, the field agent seemed more interested in her MBA and her language skills (Monis speaks Hebrew, Spanish and English) than anything to do with psychology. More important, she’d have to leave South Florida; new agents, she was told, can’t stay in the city where they’re living because that place is considered compromised.

A moment of altruism finally set the wheels of her career in full motion. Monis was a supervised resident in training during the latter stage of her doctorate. She’d been working with a patient whose daughter was using drugs; the Florida Department of Children and Families was involved and looking into removing the woman’s children. The patient was heartbroken over possibly losing her grandchildren and pleaded for Monis to help.

Monis took the case pro bono and, under the eye of her supervisor, began communicating with FDCF. The agency was so impressed with Monis’ passion, professionalism and thoroughness that, after earning her license as a clinical psychologist, she became credentialed as an approved provider for the nonprofit ChildNet (selected by FDCF to manage services and support for abused, abandoned and neglected children in Broward and Palm Beach counties).

“I started to build this tiny niche,” says the Fort Lauderdale resident. “The pay was peanuts, but the experience was invaluable. And I loved the work. If you want to help children and families, this is the place where you wanted to be.”

However, she couldn’t do it alone. So, Monis posted ads on Craigslist for people to help with ChildNet cases under her credentialing.

Her business had taken its initial steps. But another path was about to reveal itself.