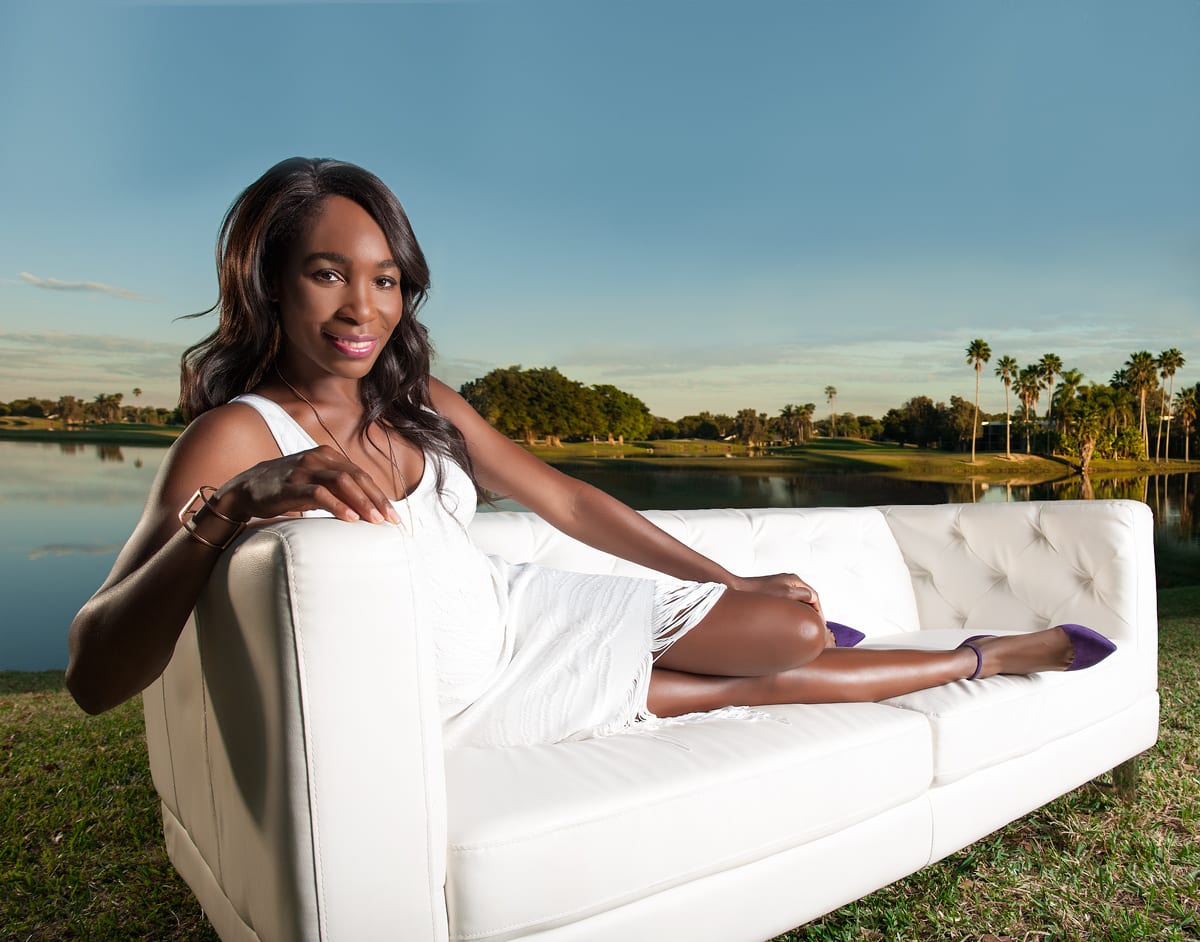 Most people know Venus Williams for her heavy-handed domination on the tennis court, but the winner of seven Grand Slam singles titles also has found a winning career off the court: She’s quickly becoming a powerhouse interior designer, and she’s doing it her way.

“My parents started my sister and I playing tennis at 4 years old. That was something that they chose,” Williams says. “Of course, I love the game, or else I don’t think I could’ve played this long, but design is something that I chose when I grew up.”

Williams’ love for design started when she attended The Art Institute of Fort Lauderdale, where she earned her associate degree in fashion design in 2007. Now, not only does she have her own fashion line, but Williams also owns a commercial and residential interior design firm called V*Starr Interiors. While tennis and interior design may sound like an odd career pairing, Williams feels it’s a perfect match.

“I wanted something that mirrored what I did, something that’s always changing,” she says. “In tennis, it’s windy, it’s sunny, the court is different, you’re playing bad that day—you have to figure it out. Design is always changing, too. You’re not designing the same room and doing cookie-cutter every single time.”

While Williams says her top design style is mid-century modern, her favorite aspect of design is constantly evolving. “At one point, it’s fabric; at another point, I’m only into floor coverings, or rugs and carpets,” she says. “I’m very obsessive with things, so when I’m into it, I am into it all the way.”

Williams admits that she hasn’t done much with the design of her own home in Jupiter. “I’ve been living in my house since 1999, so it’s more Mediterranean-style,” she says. “I’ve been working on moving for a few years and it never happens—mostly because I don’t have time to work on my own stuff! But I’m going to do it this year.”

Williams has collaborated on big commercial projects all over South Florida, and she recently teamed up with Terra Group to work on Botaniko Weston, the community’s first master-planned, single-family home development in more than a decade. Williams and her team are designing the interiors of the one- and two-story homes, which range in size from five to seven bedrooms. More than 80 percent of the development’s homes will boast lakefront views, and each will feature its own expansive private pool. The development’s first homes are slated to be finished in 2017.

“It’s an amazing community, and I’m so excited about it because it’s warm, but still contemporary; I love seeing more contemporary design coming to South Florida,” Williams says.

When she nails a look for a client, her reaction is pretty reminiscent of an epic win on the court. “When they see the final product and want to move in there themselves, that sort of thing is really satisfying,” she says. “I get excited; I literally pump my fist!”

The tennis star’s passion and drive is what drew Terra Group’s president, David Martin, to hand-pick her firm for the luxury project. “The firm’s history of excellence reflects the championship drive and innate passion for interior design that Venus exudes,” Martin says. “Her on-the-court style and grace is reflected in how the company operates and in the visionary work that they produce for their clients.”

As for her tennis career, Williams’ short-term goal is to keep her ranking high and make it to the Summer Olympics in Rio. However, the 6-foot-1 superstar is practical enough to see further down the road.

“When you’re an athlete, it doesn’t last forever. You retire very young, and you can’t have idle hands,” Williams says matter-of-factly. “I wanted to know who I was off the court, and I’ve been able to find it.”