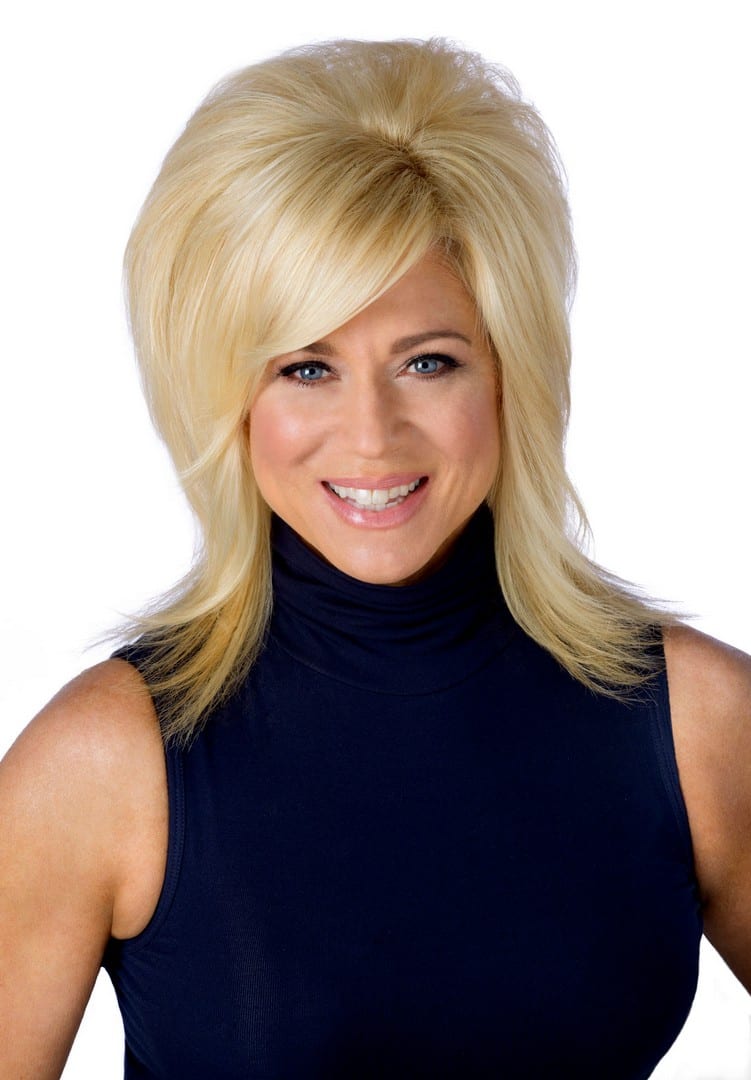 The Spirit Moves Her

Theresa Caputo is accustomed to the questions, but the answers never change. No, she can’t see into the future. No, she can’t predict which Powerball numbers will hit. And no, she doesn’t have a crystal ball. The Long Island Medium says that’s the world of psychics.

“I’m Theresa Caputo, and I talk to the dead,” is the clear explanation. That’s the difference between a medium and a psychic—a medium connects with spirits and reunites the living with those who have died. This “gift from God,” as Caputo calls it, has made her one of reality television’s top stars.
The seventh season of “Long Island Medium” on TLC began in February, and its devoted fan base tunes in every week to follow the day-to-day exploits of Caputo, husband Larry, and her college-aged children, Larry Jr. and Victoria, from Hicksville on Long Island. It’s a bit of “Real Housewives” blended with “Bewitched,” since a big part of the show is Caputo’s emotional revelations as she delivers messages from dead loved ones to real people and celebrities.

Her otherworldly connections aren’t the only reasons for her television appeal. Caputo brings a brash-yet-bubbly personality to the small screen—along with her trademark “big hair,” which has salons across the country responding to legions of women requesting “The Long Island Super Tease.”

There are more supporters than detractors, but, Caputo says it’s not about trying to win a popularity contest. “It honestly doesn’t matter to me if some believe in what I do, or not,” she says. “What I want people to believe in, and know, is that there is truly more to life than what’s here in the ‘physical world.’”

Caputo’s current tour brings her to Hard Rock Live in Hollywood on April 22. She’s also promoting her third book, Good Grief: Heal Your Soul, Honor Your Loved Ones, and Learn to Live Again. (Her second book, You Can’t Make This Stuff Up, debuted at No. 9 on the New York Times bestseller list.) She spoke to Lifestyle about her gift, her life in the spotlight and more.

When did you realize that you could talk to the dead?
I’ve been seeing and sensing spirit since the age of 4. I always felt different and felt like I didn’t belong. For years, I suppressed my gift. I suffered from anxieties because I am empathic, which means I feel the souls of the departed, so I feel the way that they died and what they would like to communicate. My mom introduced me to a spiritual healer and teacher, and after one session, she told me that I was suppressing [spiritual] energy, which was causing me the anxiety. It was later in my 20s that I learned to accept my gift.

Last January, you filmed an episode in Fort Lauderdale and said you might become a snowbird. Did that happen?
Florida is awesome. Our time there was wonderful. The weather was fantastic, we stayed in a beautiful home, and we found a great bagel place. But we decided that we’re not doing any snowbirding. We’re staying on Long Island. I really can’t see myself being anywhere else.

Many people who come to your live shows are hoping they’ll get a reading. How does that happen?
I come out on stage and I share some stories, and when [the] spirit is ready, [it] moves me. Then I’m down in the crowd delivering messages from loved ones. So whether you’re in the front, back or in the balcony, spirit will guide me around, and then I stop and deliver messages. I’ve performed in venues up to 7,000 people and people will tell me that they personally didn’t get a reading, but what they witnessed was life-changing. What I want people to know is that what you sense and feel that reminds you of your loved ones that have died is real. And to know that you’re not crazy—to embrace these as little hellos from heaven.

Has becoming a celebrity changed your life?
Has my life changed because I’m on television? Absolutely. But I don’t feel that as a person I’ve changed. I still do the same everyday things that I’ve always done. I shop at Target and Walmart like everyone else. I don’t view myself as a celebrity.

Do your children have the same gift?
Larry and Victoria are very intuitive. Victoria is very sensitive to other people’s energy. But I believe everyone has this ability; some are stronger than others.

What’s next for you?
I don’t know if there’s another book and tour, or what’s with “Long Island Medium.” We’re shooting episodes. It’s all in God’s hands. Whatever it is, though, spirit and channeling the departed will always be a part of it. That’s the only thing that I can guarantee. Where, how and when, I don’t know.