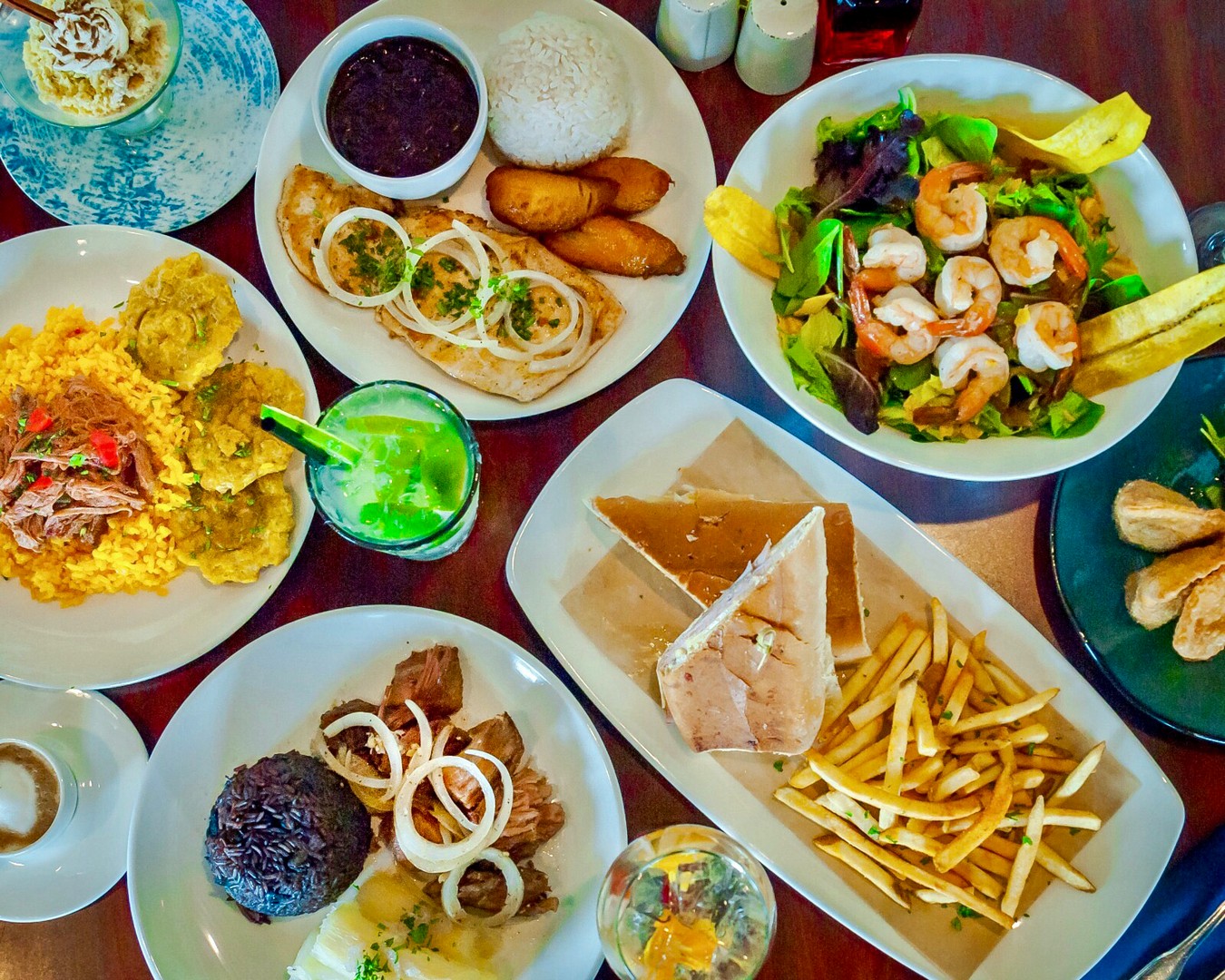 By 6:25 p.m., the restaurant was nearly full—the crowd must not be on Cuban time, Laura Padrino Corredoira muses.

“Even in the rain,” she continues, breaking into a smile. “You’ve got to love Americans.”

From a tufted taupe booth, she fixates on the door, eagerly pointing out the friends and city commissioners and property managers walking through to help celebrate the grand opening of Padrino’s Cuban Cuisine in east Fort Lauderdale, the restaurant’s fifth location.

Padrino’s has been a family affair since its beginnings in 1976, but at openings past, her father, Mario Sr., was often the man of the hour. At the July celebration, before the red ribbon was cut (only a few minutes after the planned 6:30 p.m. start), he still took hold of the microphone. This time, however, he directed the applause toward his three adult children.

“What makes this place very special for us is that … I call it Padrino’s 3.0. It’s the third generation. These folks right here, they’re the ones who were very much involved in it. It’s very exciting for me because I didn’t have to do much,” he says, pausing for laughter, “and, yet, I love the way the place turned out.”

As if on cue, his wife, Nayade, began tearing up.

“The twist is on presentation,” says Laura, tall and slender in a light gray jumpsuit. “I like a more-refined look than typical Cuban restaurants.”

She designed the chic, 4,300-square-foot space in a neutral palette, which feels intimate under the dim lighting. Prominent up front is the bar—an element previously found only in the Orlando location—with a bevy of specialty cocktails, such as the Eva Elena, named after Laura’s 2-year-old daughter. It’s made of Aviation gin, St-Germain (an elderflower liqueur), fresh cucumber and lemon juice. “My husband’s drink is gin and cucumber, and I like St-Germain, so together you have Eva Elena,” she says.

Family is ubiquitous in the menu, behind the scenes and on the walls. Hanging throughout the restaurant are black-and-white prints of the patriarch—her grandfather, Diosdado Padrino—striking poses in suave white ensembles. In the 1930s, he ran a small food market in Cuba, where he met his wife, Candida Rosa. He sent her and their two children to the United States in 1968, following the rise of Fidel Castro, and reunited with them in New Jersey in 1972.

They relocated to South Florida in hopes of opening a grocery store similar to the little market in Cuba. At the time, grocery chains such as Publix were growing, forcing Diosdado and Rosa to rethink their plan.

Capitalizing on Rosa’s skill and passion for cooking, the couple opened the first Padrino’s restaurant in Hialeah in 1976. She served dishes she made in Cuba, and the demand was high—in 1981, they relocated to a larger space in Hallandale.

“I don’t think they had expansion on their minds until my dad came in—that was his idea,” Laura says.
Diosdado and Rosa passed down the restaurant to Mario Sr., who opened a second location in Plantation with Nayade in 1992. Then came Boca Raton in 1996 and Orlando in 2008.

The new location is the first to offer a weekend brunch (traditional fare with Cuban flair). It will still serve Padrino’s staple weekday lunch buffet, and dinner will still include favorites such as churrasco, a char-grilled skirt steak dotted with homemade chimichurri and served with white rice, black beans and sweet plantains.

A fourth generation—Padrino’s 4.0—already is blooming. Laura, the oldest, has a baby girl; Mario has a baby boy (Mario III, affectionately nicknamed “MP3”); and Eddie, the youngest, is about to add a boy to his family.

“It’s like we’re repeating with a mini us—I think it’s really cute,” Laura gushes. “Maybe the three of them can do this, too. Maybe they can become us in 30 years. Ew, in 30 years I’ll be 61. I don’t want to think that far ahead. I’m just going to focus on her being 2 right now.”