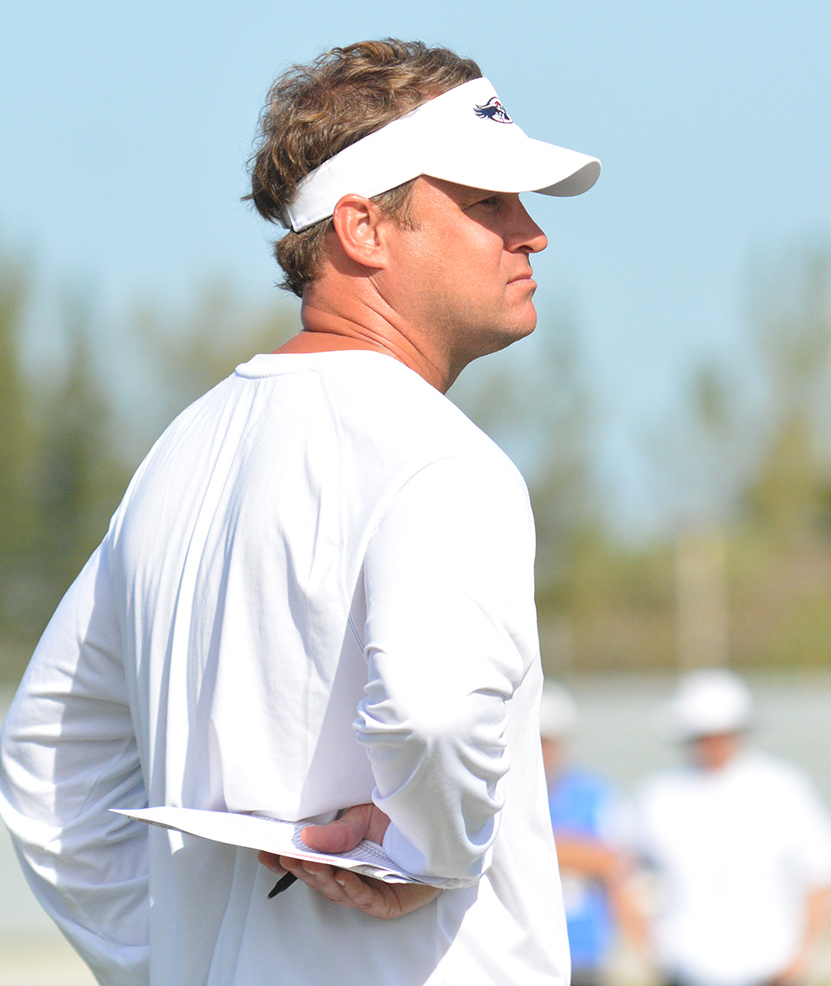 ? I spent the last three years with Nick [Saban], coaching in Alabama, and it really was good. I was interviewed by a paper there, and I said that being [at Alabama] was like dog years; [Saban] didn’t like that. What I meant was that every year there was like seven years of education with him, so it was like having 21 years of education in three years. Because he’s the best at what he does.

? I talk to our players and coaches all the time and say, “[Expletive] happens.” … But what are we going to do [about it]? I got that from a motivation guy years ago who used to come and help us with our program. As harsh as it sounds, one of his buddies got cancer. And he said to him, “So now what?” I use that a lot with our players when they go through tough things.

? We get people … [where] everything looks good on paper, but you can tell they don’t have passion. I’ve found that those who have passion and are excited to be a part of the team make the best hires, versus the ones who are already stuck in their ways.

? Yes, I have been fired. In those situations, you do feel like everyone is looking at you. You get judged. I had to let it go. You can’t worry about what everyone is saying. My advice: Just ignore it.

? Became youngest head coach in the NFL’s modern era when the Oakland Raiders hired him in 2007 at age 31