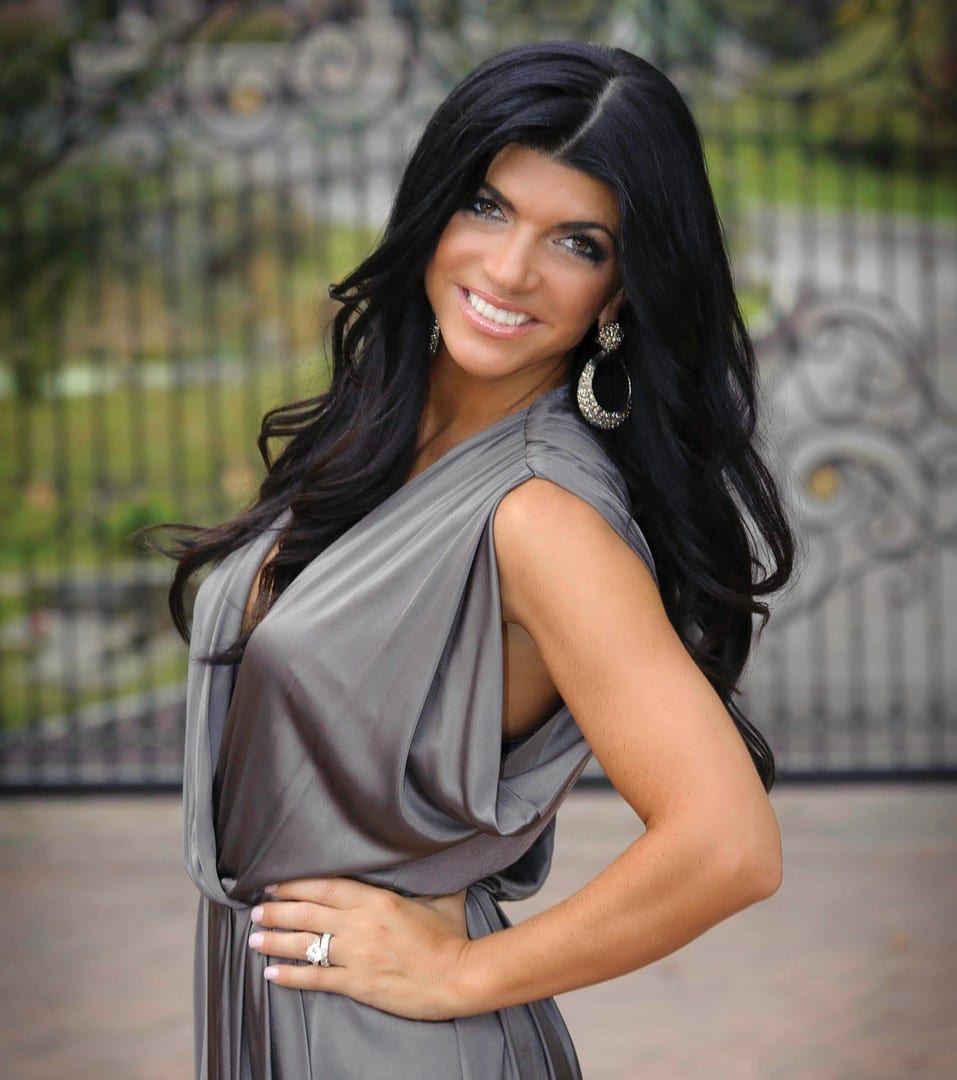 As her world turns: Q&A with Teresa Giudice

Some things about Teresa Giudice never will change. One of the breakout stars of Bravo’s “The Real Housewives of New Jersey” since its 2009 debut, the 44-year-old mother of four daughters (Gia, Gabriella, Milania and Audriana) with husband Joe remains a devoted family woman. The author of four cookbooks also is as passionate as ever about her kitchen concoctions.

And, as Tonia Ryan, the owner of Inance boutique in Pompano Beach, can attest, Guidice continues to possess an impeccable sense of style. (Giudice, who’s a fan of the brand, will appear Nov. 4 at a grand-opening event for Inance’s new women’s clothing store at 1324 S. Federal Highway.)

But as chronicled in this year’s New York Times best-seller, Turning the Tables, other aspects of Giudice’s life have changed—and in dramatic fashion. Starting in January 2015, Giudice served 11 months in a Danbury, Connecticut, prison after she and Joe were convicted on federal fraud charges. (Her husband began serving a 41-month sentence in March.)

During the time away, she kept a diary that became the tell-all memoir, released last February. In addition to sharing details of her prison stint—including the strip search upon her arrival, the maggots in her food and the sexcapades that went on in her cell (in which she did not participate)—Giudice looks back on her life and opens up in ways her fans have never before seen or read.

Giudice took time to reflect on some of those revelations with Lifestyle.

Why was it important to you to write Turning the Tables?
Everyone thinks they know me from the show, but that’s just a part of me. I wanted to let them know more, going back to my childhood. I wanted people to understand my background, how I was raised. I wanted to peel the onion for people. Hopefully, after reading my book, people have a taste of who Teresa really is.

One of your personal revelations while away involved the discovery of your “inner Zen.” How has that changed you?
I tried yoga here and there, but I never understood its true meaning and what it can do for your mind. Yes, it can make your body look amazing, but it’s [more than that]. So I started doing yoga and meditating—and I just love it. It keeps me grounded and very calm. I love the way it makes my body feel, but I love more how it makes my mind feel.
While I was away, I did take a step back. I had time to analyze everything in my life. I had raised four children—two of my babies were 16 months apart—and then the show came about. I was caught in this whirlwind; there was a lot going on. And I had a lot of negative people around me.

Do you see yourself being more cautious about the people you bring into your circle?
Absolutely. I had a lot of bad people around me. Between the yoga and between just what’s happened to me, I am a different person. It’s not worth it to let other people affect me. That’s how I feel now. I’d rather just walk away.

What have you learned about yourself as a result of the book and people’s reaction to it?
I’m proud of who I am, and I embrace my life. That’s what makes me so strong. I know I’ve inspired a lot of people. I’ve had people tell me that they were going through a hard time, and I helped them get through it. Maybe I had to go through what I went through to help other people with their hardships.

Are you cooking differently because of your lifestyle change?
I still cook my pasta and my Italian dishes. But I am trying to make everything healthier. I try to bake instead of fry. Sometimes, I’ll use brown rice instead of white rice. I’m starting to use coconut oil, which is better for you.

So you’re not doing the popcorn balls—with melted candy bars—that you discovered during your time away?
No! But those were so-o-o-o-o good! Those were my favorites.

When did you begin to understand the impact that “Real Housewives” would have on your life?
I guess when my extended family came on the show—my cousins, my sister-in-law. I knew then it wasn’t fun and games anymore. In the beginning, I did the show for fun. And then it started becoming something ugly. That’s not what I’m about. To me, family is the most important thing. But I guess you can’t control other people’s actions.

What’s the best part of having this kind of celebrity?
To tell you the truth, I haven’t really had a chance to enjoy it yet. We started the show, and it was all new to us. Then my family came on the show, and then all the legal stuff happened. I guess the best part was being able to write my books, sharing my recipes and story with the world, and becoming a New York Times best-selling author four times. I have such amazing fans, and I’m so grateful for them.

What is your relationship like with Andy Cohen? (the entertainer and author is an executive producer of “The Real Housewives” series.)
In the beginning, I wasn’t sure about him. It was hard for me because I was taking everything personally. But I realize that it’s his job [to stir the pot] from time to time. I get that. Now, I love him.

Are you looking forward to the day when the show ends?
I’m living in the moment. But I hope the show keeps going.