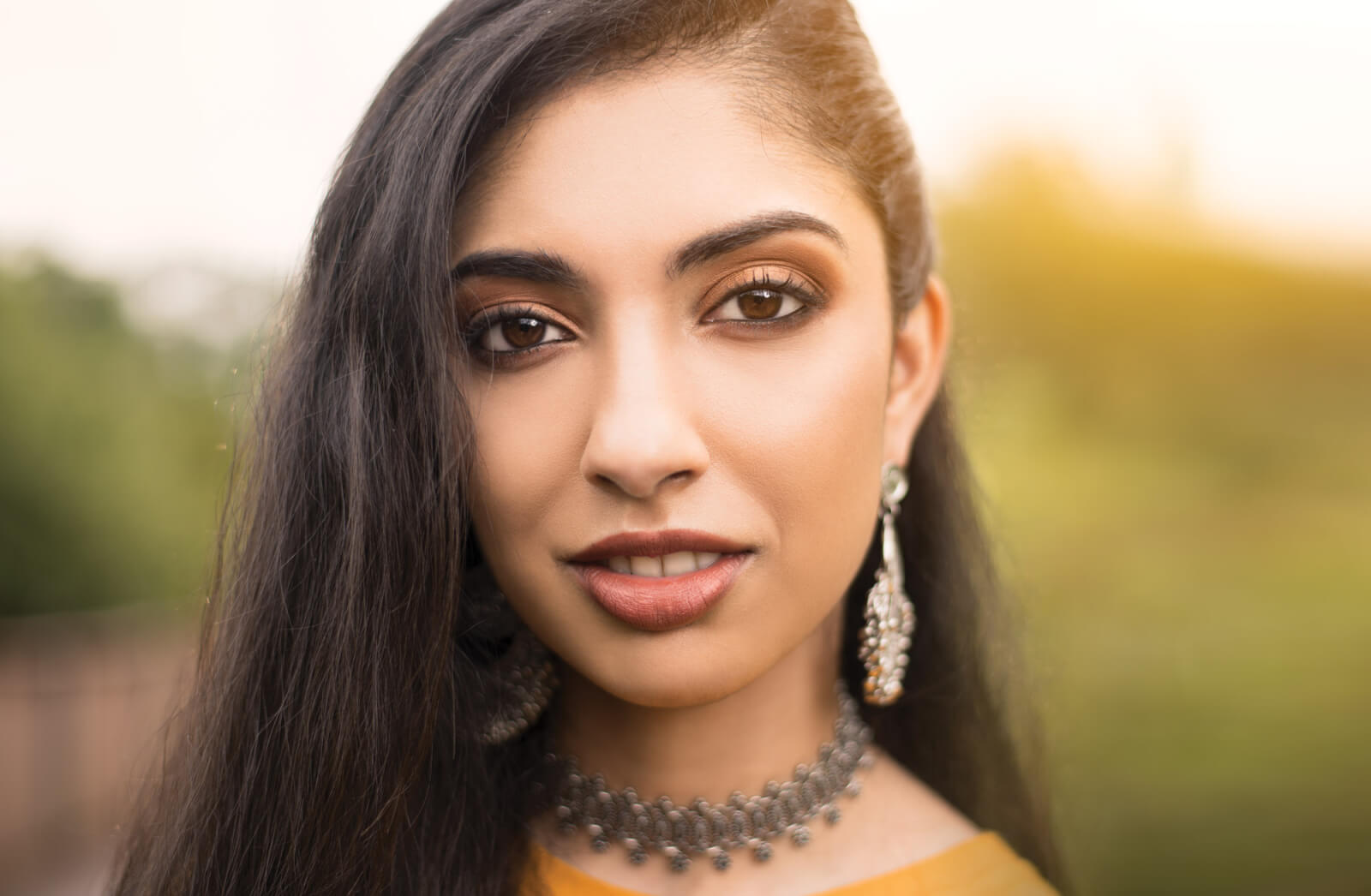 Back Where She Belongs

The three longest years of her young life seemed to dissipate in the late-afternoon breeze as Sonali took her place on the Ford Stage at SunFest with the other members of her four-piece band.

In a few hours, Pitbull would bring the annual spring music festival in downtown West Palm Beach to a rousing conclusion with his early-evening performance—and then dash off the stage and into his car so fast that Sonali would later say he “must have set a world record.”

The sensation that washed over the graduate of Marjory Stoneman Douglas (class of 2012) was just the opposite. She wanted to savor every second of the next 45 minutes—and who could blame her? The 23-year-old singer, songwriter and aspiring pop star (born Sonali Argade) had reached this door before, only to see it slammed by a mystery illness that left her physically spent, vocally impaired and spiraling in self-doubt.

But as she delivered the opening verse of her recently released pop single, “Turn It Around,” Sonali connected to the part of her past that wasn’t colored by a disease that went undiagnosed for more than a year and a half.

“I was never more comfortable in my life than when I walked onto that stage,” the Parkland resident says of her SunFest set. “It confirmed to me that I need to do whatever I have to in order to make this career happen. The feeling was too powerful to ignore.”

It’s not that the past is entirely in her rearview mirror. Sonali continues to follow an alternative medicine regimen that includes an extraordinary number of pills each day. She’ll never know for certain exactly when she became infected with the bacterium Borrelia burgdorferi.

But at least she can identify the culprit: A blacklegged tick, probably the size of a sesame seed.

Destiny Calls
Sonali’s parents were born and raised in India—Avinash, Sonali’s father, in a suburb of Mumbai, the country’s largest city; Sudhira, her mother, settled in Mumbai (formerly Bombay) at a young age. Both moved to the United States, where they met and married—Avinash, who’s in finance, came for his graduate studies; Sudhira came with her parents when she was 18.

Both also realized, quite early, that their only child, whose name is Bengali for “golden,” had no interest in becoming a doctor or lawyer. When their Britney Spears-loving daughter was 5, she would ask her parents and grandparents to form a semicircle around the fireplace while she stood on the ledge that doubled as her stage.

“I’d perform entire Britney albums, start to finish, into my pretend microphone,” says Sonali, who was born in Los Angeles, but moved with her family to South Florida at age 3. “I’d make my parents pay me for concert tickets, and I’d print out pictures and sign them—and my grandma would buy those. Obviously, I had an entrepreneurial mindset.

“I’m so glad there are no home videos of this.”

Sonali began taking voice lessons at the early age of 6 and guitar lessons in middle school. At Stoneman Douglas, she sang in the chorus all four years; on the side, she participated in the music education curriculum at School of Rock, programs that culminated in themed shows—including a celebration of Led Zeppelin music that played into her growing appreciation of classic rock.

Along with her love of music, Sonali was passionate about her academics. So it came as no surprise to her parents that she was accepted at Duke University and Tisch School of the Arts at New York University.

“Duke was the safer option,” Sonali says. “But I remember my dad saying, ‘After Duke, what is it you’d be doing?’ And I said, ‘Well, music, of course.’ … So my parents were like, OK. Go to NYU and give it a chance.

“It’s so hard to make it in music. And there’s a lot of emotional heartache along the way; more doors close than open, and you don’t know if they’re ever going to open. … I could have had a solid path in academics. But if you love something this much, it’s hard to let it go.”

Coming into Her Own
Sonali spent much of her first semester at Tisch wondering why the school accepted her. She had only written a handful of songs at that point. Her influences were still pop and classic rock. And there were musicians in her classes who already had sizable followings online.

“It was incredibly intimidating,” she says. “But you also learn about yourself. You have no choice but to rise to that level, otherwise you’re going to get left behind.”

It didn’t hurt that Sonali and some friends entered a contest her freshman year that required entrants to film a video for the Rihanna hit, “Diamonds.” Sonali’s team took it a step further and recorded a cover version of the song to go with their video. Not only did they win the contest and later meet Rihanna backstage at a concert she did in New York, but the video went viral.

Two other choices helped elevate Sonali’s profile. Academically, she focused on the business aspect of the industry, learning about things such as music marketing and studio production that resonate to this day. Musically, she discovered a singer-songwriter path thanks to a freshman roommate who was into Joni Mitchell. The revelation would culminate in “Wake Up,” an extended-play recording that Sonali released in 2014. Around the same time, she was playing shows with an acoustic trio in the lower East Side and in Greenwich Village, including at the famed Bitter End club.

After graduating early, in May 2015, with a degree in recorded music, Sonali had plans to tour college towns throughout the Northeast. The little girl who stood on the fireplace ledge and sang Britney Spears was having one of those rare windows of opportunity about which aspiring performers dream.
And then, just like that, it was gone.

A Debilitating Mystery
At least four doctors and specialists in New York offered variations of a similar theory. It was all in her head. She was young and burning the candle at both ends. And after taking antibiotics, everything would be fine.

Only it wasn’t. Extra sleep couldn’t cure the chronic fatigue Sonali started to experience. She didn’t have the energy to climb out of bed, let alone take a shower or make a meal. Her headaches became crippling. Different antibiotics briefly masked the conditions, but then things turned for the worse. She began suffering from brain fog and memory loss; when she tried to take a post-graduation online class, Sonali couldn’t retain the information.

“I’d read a paragraph and have no idea what I just read,” she says.

Out of nowhere, she also developed asthma. That resulted in diaphragm and breathing difficulties that stunted the one gift on which she always could rely.

Sonali couldn’t sing. She had lost command of the strength, range and delicacy that defined her voice. Worse, she had no idea why.

“Without a diagnosis, I kept thinking it was my fault,” she says. “I didn’t work hard enough. I wasn’t strong enough to power through. … I fit the textbook description for depression. For a time, I quit completely. I had no desire to touch my guitar. Everything I once loved, I didn’t anymore.”

It wasn’t until February 2017, some 20 months after symptoms first led her to visit a doctor, that the mystery was solved. Sonali tested positive for Lyme disease.

Starting Over
According to the Centers for Disease Control and Prevention, roughly 30,000 cases of Lyme are reported each year by state health departments—however, studies suggest that as many as 300,000 people a year in the United States are diagnosed with the disease that’s spread by infected ticks. (The majority of cases occur in the Northeast and Upper Midwest).

It can be a tricky diagnosis. For people who do catch it early, antibiotics can clear the symptoms within weeks. The antibiotics prescribed after Sonali learned she had Lyme didn’t work. She eventually found a doctor in North Carolina who (along with a physician based in India) suggested a course of alternative medicine and herbal antibiotics—think Indian and Chinese herbs. Sonali moved back to Parkland with her family that spring and started taking upward of 60 pills per day. Finally, she began to feel like herself again.

“Once I found a treatment that worked, my love of music came back,” she says.

So did her singing voice. But the question lingered: Had Sonali’s time already come and gone?
“When you have a moment like I had in 2015, where you have some buzz, it’s rare,” she says. “If you lose it, it’s hard to get it again. But I had two things on my side: I was young, and I never stopped being active on social media. By some miracle, my fan base (including a significant following in India) quadrupled while I was dealing with Lyme.”

Last October, Sonali released “Forever,” the first of three new singles that reintroduced her as more of a pop artist (with synthesizers and drum machines). Though the background sound has changed, the songs remain as accessible as ever thanks to the sincerity of a voice that Sonali describes as “the literal version of my soul.”

On the heels of SunFest, Sonali is planning to release additional singles and establish herself as a live performer in South Florida. For the first time in three years, she’s looking beyond the feeling she describes in “Turn It Around.”

Do you ever look through the window and see yourself on the outside looking in?

“Obviously, I’m still being treated and it’s something I’m constantly having to work through and around. But I feel like I’m on the other side of it. It’s been a year of me solidly working on my career. I couldn’t have dreamed of having the stamina to deal with something like Sunfest this time last year. … It felt like I earned it, like I paid my dues.

“I’ve never had a moment like that before, but I hope there’s many more.”

Setting An Example
When a music executive looked at Sonali’s press photos while she was in college and told her that she was “too ethnic,” it struck a chord that continues to drive her career.

Sonali’s Indian heritage isn’t just a source of pride, it’s something she says should be celebrated in this country.

“Growing up, there weren’t a lot of Indian-American people on television,” she says. “It shouldn’t be that way. America is such a melting pot. It’s about time that our entertainment industry is representative of what America actually is. That’s another reason I’m so passionate about this career.

“My ethnicity is unique. And that’s a selling point and strength.”