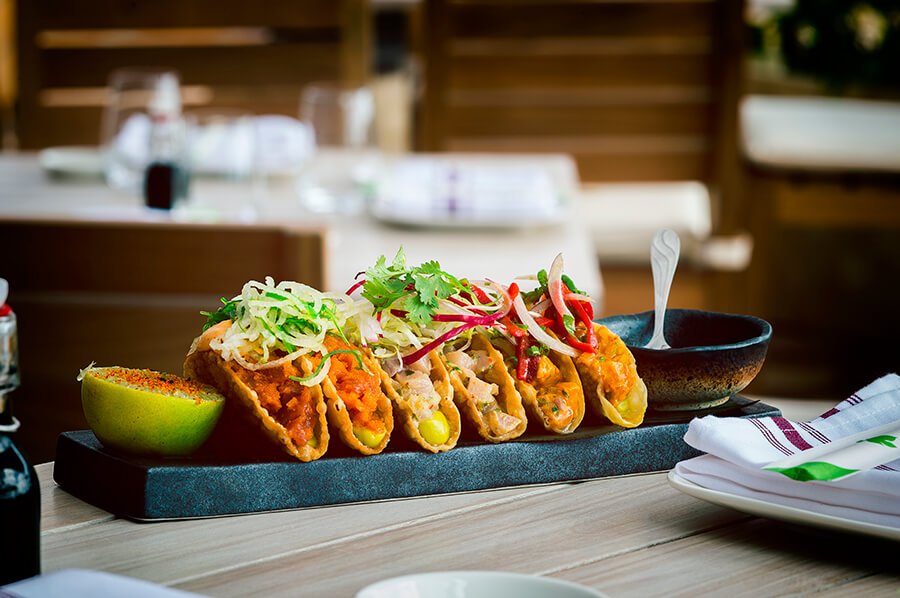 Beyond the Sushi Boat

The Pubbelly Boys have been busy. In the last year, the four restaurateurs who collectively go by that name opened locations of Pubbelly Sushi at Brickell City Centre and Aventura Mall. They also debuted Habitat, an upscale beachside restaurant at 1 Hotel on South Beach.

Today, their Kendall location highlights the best from their flagship and some unique additions created specifically for South Miami-Dade.

In line with Downtown Dadeland’s live-work-play theme, the boys describe Pubbelly Sushi Dadeland as a “sushi tavern” rather than a traditional sit-down restaurant. The interior, which is centered around an open kitchen, is designed with red, plum and dark wood accents. The outdoor patio fills up during weekday happy hours and weekend evenings.

“The design is very much in line with an urban industrial look,” says Julia Schwarz, operations director at Pubbelly Sushi. “We offer 16 beers on tap, too. We’re also playing around with some new menu items.”

Though the restaurant is centered around sushi, menu items fall beyond garnished raw fish and rice. Nobu alum and one of Mendin’s longtime friends, chef Jorge Mijangos, dishes up many of Pubbelly Sushi’s Asian- and Latin American-inspired items.

For first-time diners, Schwarz suggests a look at the menu’s “Classics” section, which highlights best-selling plates over the years. The restaurant also offers items made on a Japanese robata grill, such as chicken yakitori, steak anticucho and grilled octopus.

Pair your entrée with a snack or a vegetable. Pubbelly Sushi is known for its Japanese bravas (potatoes) flavored with kimchi (fermented cabbage), cilantro aioli and crispy garlic; and shrimp ceviche taquitos topped with spicy Japanese cocktail sauce.

And in true Pubbelly fashion, everything at the restaurant is served family-style. To keep items as fresh as possible, every plate arrives from the kitchen immediately after it is prepared. Prices range from $8 to $27 each.