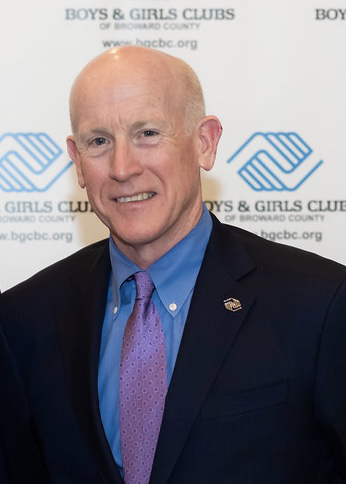 Quail Steps Down as BGCBC President

The Boys & Girls Clubs of Broward County (BGCBC) announced Mr. Brian Quail will be stepping down as the President and CEO of the nonprofit. Mr. Quail had an illustrious career spanning 11 years at the philanthropic organization, during which he cultivated and expanded upon the charity’s mission of helping to expand opportunities for at-risk youth.

Under his leadership, the Boys & Girls Clubs of Broward County was awarded the highest rating of (4 stars) from Charity Navigator for nine consecutive years, a rating received by only 4% of 9,000 not-for-profits throughout the country. Throughout his tenure, Mr. Quail helped to expand the offerings to his club members to include a Snack and Supper Program that has provided nearly 7 million meals to youth since its inception, iReady Math and Reading for elementary students to enhance their skills, College Exploration and Career Training for high schoolers, and helped to boost the school grade-level advancement rate between 1st and 12th graders to over 90 percent. Since onboarding with the Boys & Girls Clubs of Broward County in 2009, he also helped to elevate the nonprofit’s fundraising efforts to attract over $16 million dollars of contributions for enrichment programming for its members this year alone, and forged strong and creative alliances and partnerships throughout the community, state, and nationally to support and advance the organization’s goals.

Mr. Quail said that he is proud to have led the Clubs with the support of his committed volunteer leadership, exceptional staff, and talented members, and that he and his family will continue to support its mission and vision wholeheartedly.

Veteran BGCBC executives with decades of experience will assume the head role as they continue to implement critical programming, maintain membership, and work with the donors to ensure continued growth of the organization.