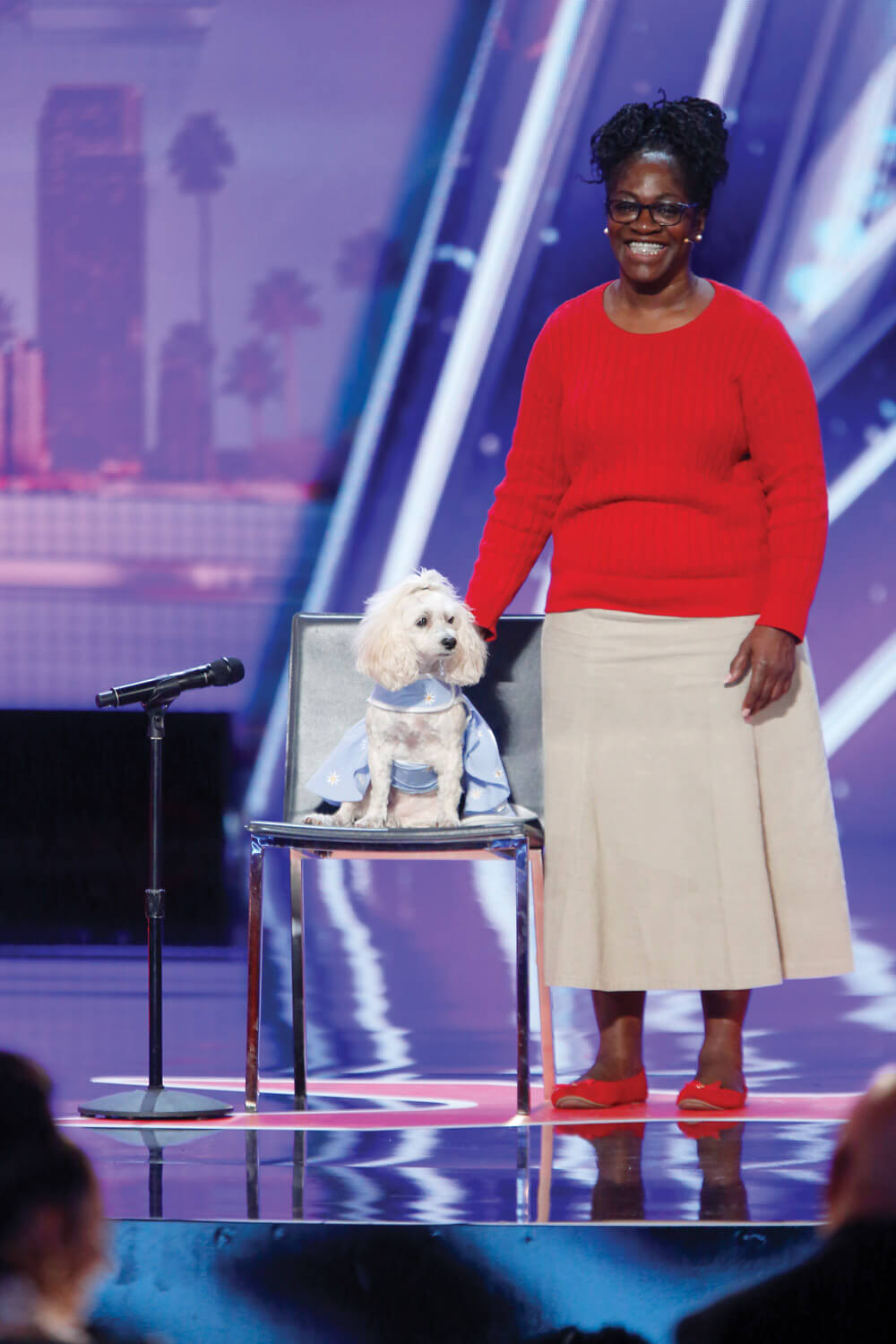 On a typical day, Mia Moore can be seen strutting her stuff down the streets of South Florida, rocking her latest outfit or volunteering at Broward Health North and cheering up child patients. Earlier this year, however, she traveled to California for an appearance on the NBC show “America’s Got Talent,” where Mia debuted her skill: counting.

What’s so impressive about counting? Mia is an adorable, fluffy white cockapoo who lives in Lighthouse Point with her owner, Edna Moore.

Dog and owner became a family in 2008 when one of Edna’s fellow nurses at Broward Health North asked if anyone knew of someone looking for a dog. “I was curious,” Edna says with a smile. “As soon as I saw Mia, I felt an instant connection; it was meant to be.”

Edna always knew she would teach her dog to do something different, and Mia, now 11 years old, had the personality to fulfill her owner’s wishes. By the time Mia turned 4, Edna started to teach her how to count.

“I would say, ‘Mia, this is one,’ then I barked once and put up one finger,” Edna says. “We started counting everyday together—one, two, three, four. As I’m counting, she was barking right along with me.”

Edna knew her pup could go the distance, so in 2016, they packed their bags and headed to Orlando for an open audition of “America’s Got Talent.” Mia’s flash card drills warmed the hearts of the judges, earning her a spot in the 2017 season. Mia counted to 20 on the show (which aired in June), winning yes votes from Cowell, Mel B., Heidi Klum and Howie Mandel. As of October, Mia’s audition had received more than 1.3 million views on YouTube.

After arriving in Los Angeles for the filming of the show, Simon Cowell, the notoriously sour judge, seemed star-stunned to see Mia. “I could see [Cowell] talking to another contestant, but he kept looking at Mia; she was in my arms with her hat on,” Edna says. “[He walked over] and spent a good five minutes playing with her. He’s so sweet.”