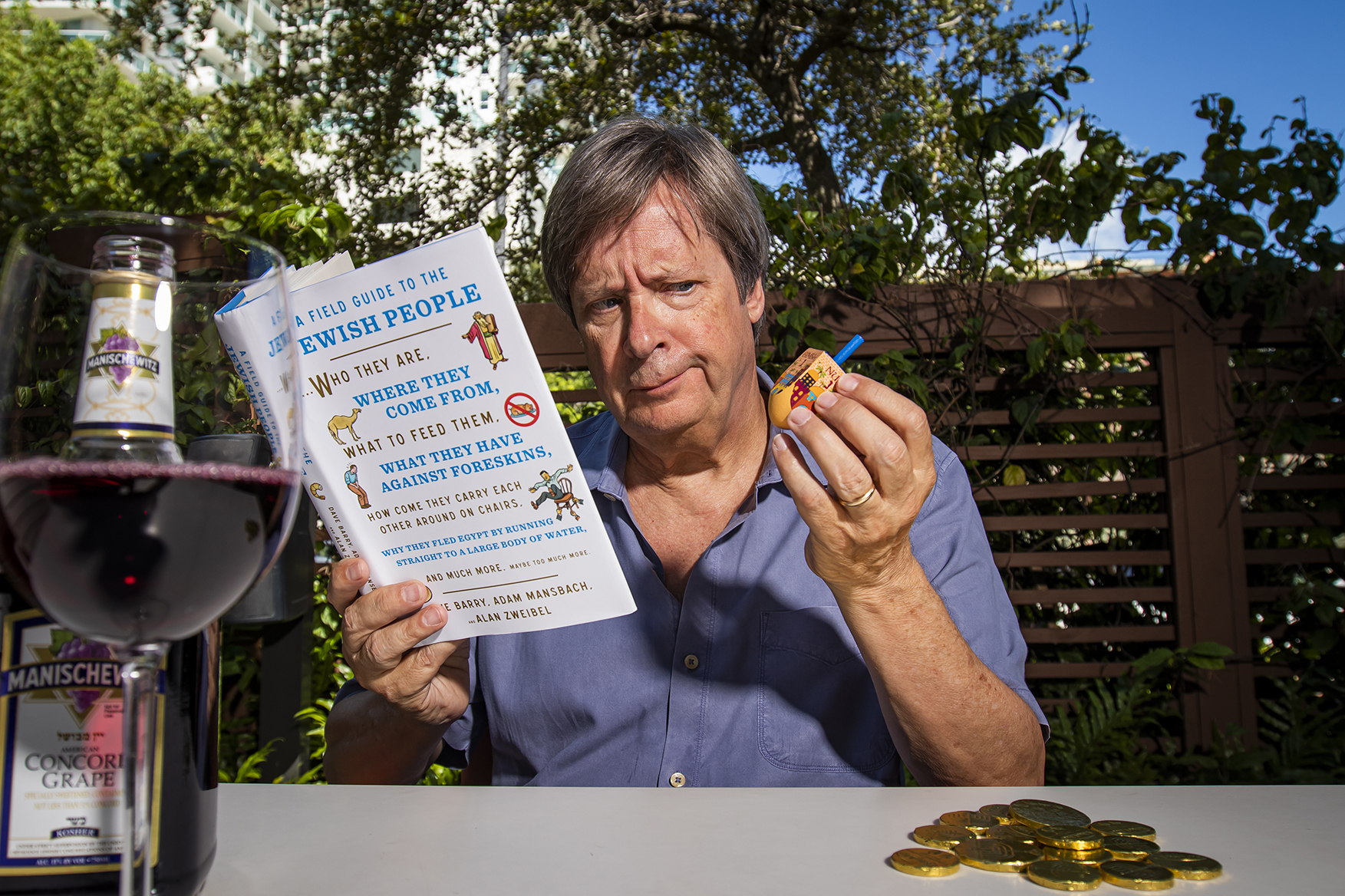 In Dave Barry We Trust

It reads like the start of a joke once told on stage in the Catskills. Two Jews and a gentile write a book about Jewish tradition. Only, in the case of Alan Zweibel (an original writer on Saturday Night Live), Adam Mansbach (the bestselling author of the “children’s book for adults,” Go the F**k to Sleep) and Dave Barry, it’s now two books on the subject by three of the most acclaimed humorists in the business.

Two years after collaborating on For This We Left Egypt?, the three are back with A Field Guide to the Jewish People, which Barry, the celebrated South Florida humor columnist and Pulitzer Prize winner, describes as an unexpected reunion.

“I assumed, after For This, that was the end of the Jewish books, but the publisher talked us into doing another one,” says Barry, the former Miami Herald columnist who’s authored nearly 50 humor, fiction and young adult books combined.

“It took a long time just to figure out what this one was going to be. I think there are more emails devoted to the direction of this book than the actual book. The emails themselves would be pretty entertaining. A lot of them consist of me and Adam telling Alan that he’s an idiot, which is a recurring theme.”

On the eve of what promises to be a wildly entertaining appearance with his fellow authors as part of the Alper JCC Jewish Book Festival (Dec. 12), the son of a Presbyterian minister, who attended an Episcopal church growing up in New York, offers some perspective—as only Dave Barry can deliver it—on lessons to be gleaned from A Field Guide.

As the one gentile among the three writers, what did you bring to the table?

With most Christian churches, there’s a hierarchy. You do what the priest or minister tells you to do, and it’s kind of all ritualized. So, when you come to Judaism from that, you see some things that strike you as pretty funny. Like the idea that half the Jews don’t really know when the important days are coming. It’s some random Tuesday, and suddenly you have to go to synagogue for 74 straight hours.

Anytime you take a Christian to their first bar/bat mitzvah, and they’re carrying around people on chairs, you’re going to have a few questions. Or the bris. That’s something where you go, “Wait a minute? We’re circumcising a child—and we’re having a deli platter?”

As a rule, Jews also find all those things funny. But coming from the Christian tradition, it’s all fresh. That’s what I think I brought.

Speaking of the bris, you write that you were the “baby holder” at your grandson’s bris. What do you remember about that day?

I’ve been to two bris ceremonies now. For the first, I was the sandek for my grandson, Dylan, and it was a nightmare. I was literally 18 inches away from the action. I didn’t look, but the mohel was doing a lot of things, and he’s talking. And I’m thinking, maybe you shouldn’t be talking so much—just focus. I think I almost passed out.

My son, Rob, and his wife had a second boy, Kyle, and we went up for that bris, shortly after we finished A Field Guide. I was prepared to sandek again—I don’t know if you can use that word as a verb—but the mohel told me, no, in Jewish tradition you don’t have the same person serve as sandek twice. So, I got off the hook. Kyle raised more of a ruckus than Dylan—and every guy in that room was doubled over. 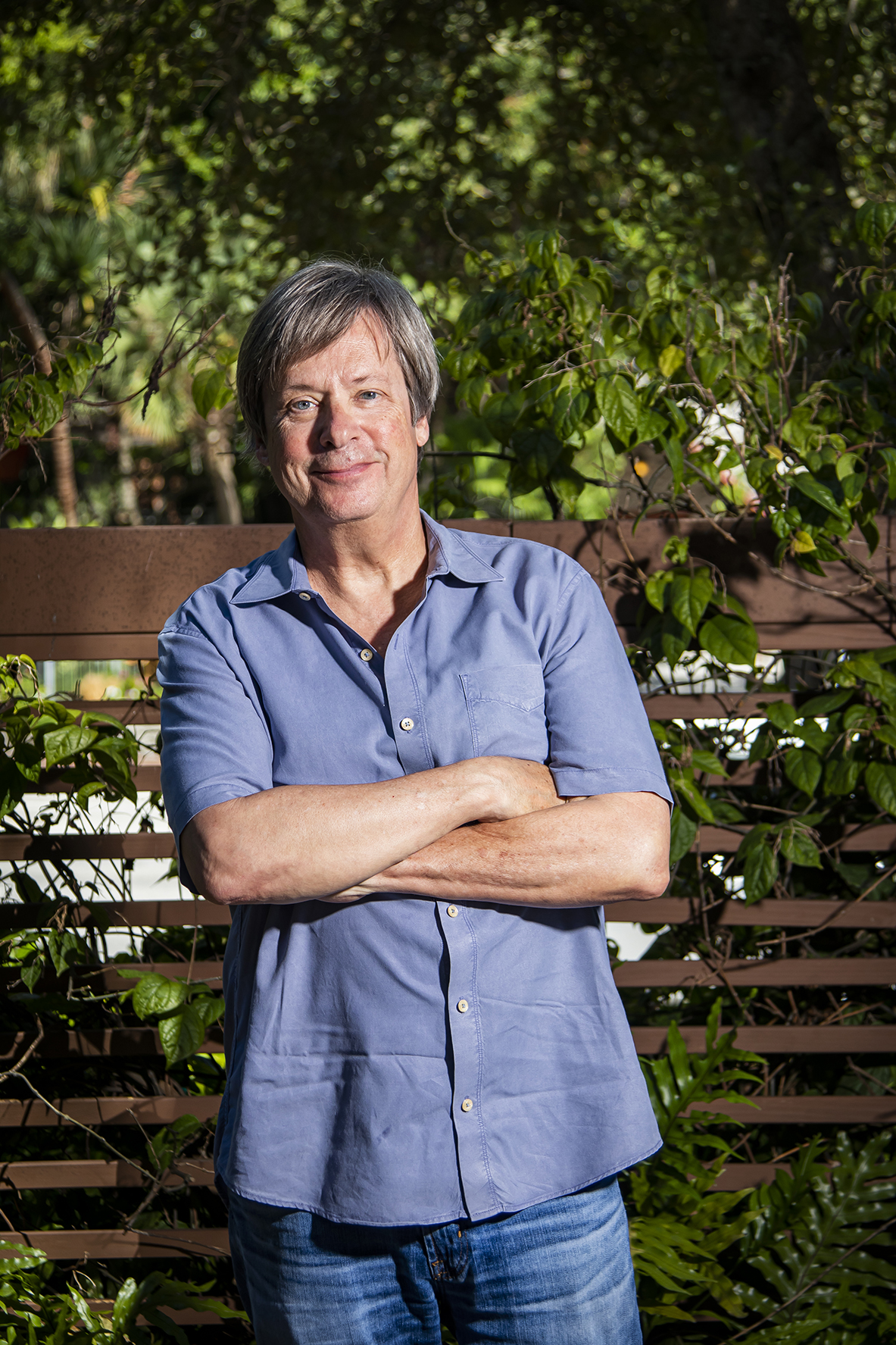 You and your wife, Michelle, raised your daughter Jewish, and Sophie had a bat mitzvah that, you write, “still may be going on.” How did her bat mitzvah compare to other ones you’ve attended?

The competitive aspect of a bar/bat mitzvah or a wedding, in terms of food and elaborateness, is something that Jews will readily acknowledge is an issue. I picked the extreme example of a family renting the entire country of Guatemala with Tom Hanks doing balloon animals. It’s only a slight exaggeration.

For Sophie’s, we tried very hard not to go overboard. We had a nice party, but we didn’t have camels. And we didn’t have the Miami Heat cheerleaders.

What do you remember about the speech you gave?

I said that I had been to many bar/bat mitzvahs, and I understood my role as a parent was to extol the virtues of my daughter and explain why she is the greatest child in the history of children. But I come from a Presbyterian/Episcopalian tradition, and we’re modest about our accomplishments. So, instead, I’m going to recite all of Sophie’s shortcomings. It was a short list: Her happiness depended way too much on the charge percentage for her iPhone; she tends to get on our furniture and leave hairs—oh, wait, that’s our dog.

So, I left her with one piece of advice: Don’t listen to me, listen to your mother. And then I turned it over to Michelle, and she gave the real speech.

For people who’ve never been to a Jewish wedding or special event, can you explain the role that food plays?

It’s the only religion I know of where during a really important ceremony—the bar/bat mitzvah—they throw candy. They always give the reason as tied to some “sweet” sentiment, but really it’s because it’s been two hours since anyone has had something to eat. So, let’s have some Chuckles!

Of course, immediately after the event, everyone goes to a buffet. And then, after the buffet, there’s another buffet. You never stop eating. I think it’s because, historically, the Jews wandered in the desert for awhile, and everyone was hungry. I’d say they’ve compensated for that by now.

In the chapter on the meaning behind common Jewish names, you write that Alan means “enormous head.” Is that for all Alans or was that inspired by Alan Zweibel?

Alan [Zweibel] does have an enormous head. If you ever saw it in person, you’d realize I’m not exaggerating. Think “Easter Island.”

Actually, Alan and I wrote most of that chapter with the names and what they mean. I don’t know if this one got in the book, but we had the meaning for somebody’s name as “our doorman is an albino.”

What’s the big takeaway from the section of the book on bagels?

There should be the death penalty for whoever came up with the idea of putting cinnamon and raisins in bagels. That’s very wrong. Or blueberries and all that stuff. Stop. That’s a doughnut.

One serious question: We’re living in a time when humorists and comics are walking the razor’s edge between being funny and offensive. Have you found yourself second-guessing your humor at all?

I would say no, for the most part. I was never particularly a shock humorist. But I’ve found over the years, since I started writing a humor column in the 1970s, that there’s nothing you can write intending to be funny that will not offend somebody.

Most of my mail, when I wrote a weekly column, was nice. But there were always angry, sometimes threatening, messages. It was always people who didn’t get it. Didn’t get that it was meant to be funny. Or just the kind of people who are easily offended. I figured out long ago that if you worry about who’s going to be offended, you’re depriving, if that’s not too arrogant of a word, the people who aren’t offended. Who like what you write.

If you don’t want to be offended, then don’t read it. But don’t tell me that I can’t write it. 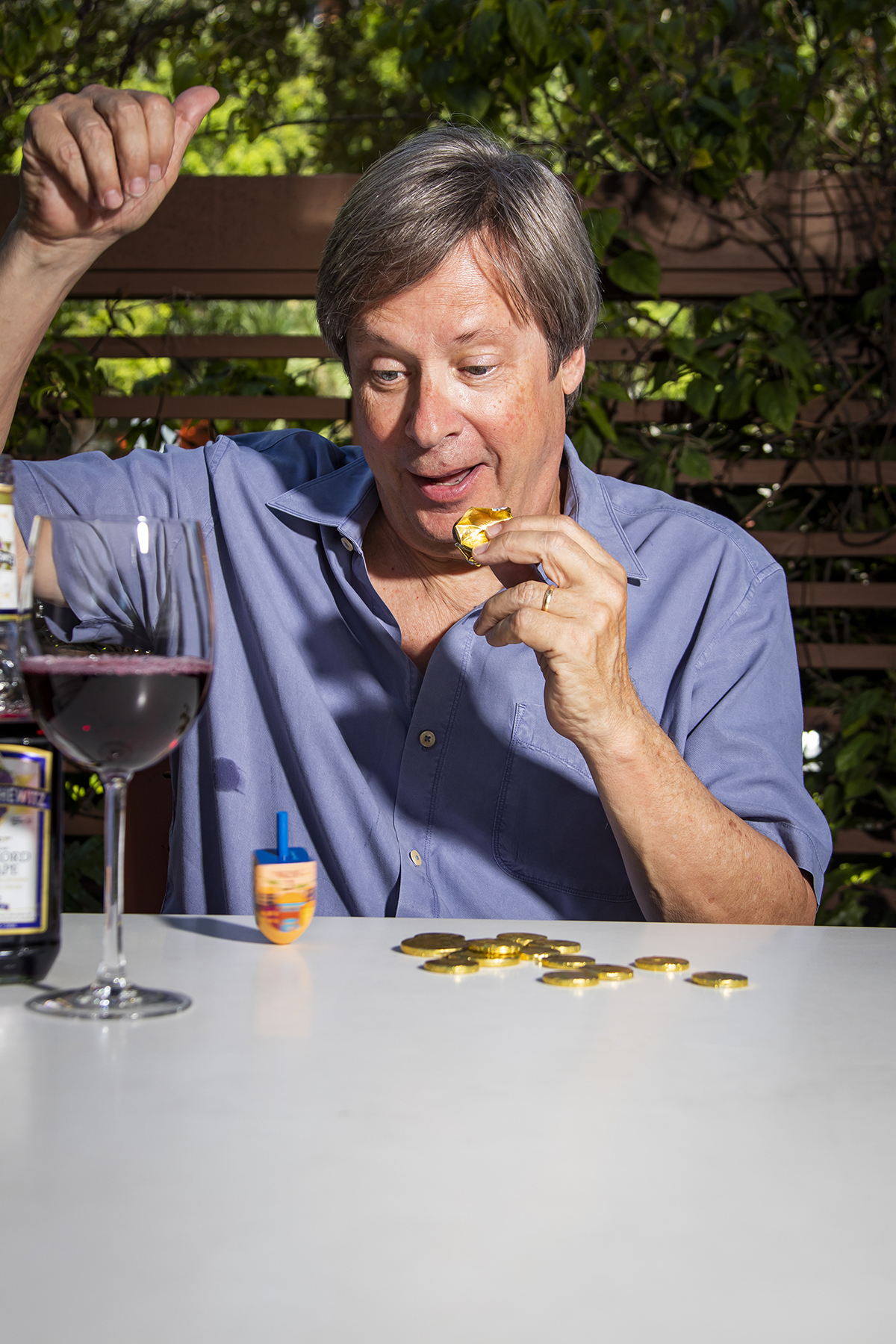 Did writing the book bring you and Alan and Adam closer together?

We’ve become close because of touring for the book, and we’ve become really good at delivering each other’s lines—especially Alan’s, because he repeats the same stories every time. The three of us were together in Atlanta, and at one point Adam and I walked off the stage because we knew Alan was going to take 10 minutes delivering the next joke. He does it everywhere we go.

Adam and I did one event where Alan couldn’t make it, and we did all his lines for him. We told the audience, “You’re not missing anything. Here’s what Alan would say here: He was in the Catskills writing jokes for $7. Do you want to hear a $7 joke? OK. Postal service just came out with a stamp commemorating prostitution. It’s 10 cents. If you want to lick it, it’s a quarter.”

Are we ruining anything with this conversation for the people attending the Alper JCC event?

My specific message to the people at the Alper JCC: As soon as Alan attempts to read his Roger Ebert review of North, get up and yell at him. If the audience doesn’t rise up, we can never stop him.

What: As part of the ongoing 39th annual Alper JCC Jewish Book Festival, which has author events scheduled through March 2020, the comedic minds behind A Field Guide to the Jewish People will take the stage. Expect authors Dave Barry, Adam Mansbach and Alan Zweibel to take a not-so-serious look at Jewish traditions—and take a few shots at each other—during what promises to be a laugh-out-loud affair.

Shot on location at Glass & Vine in Coconut Grove