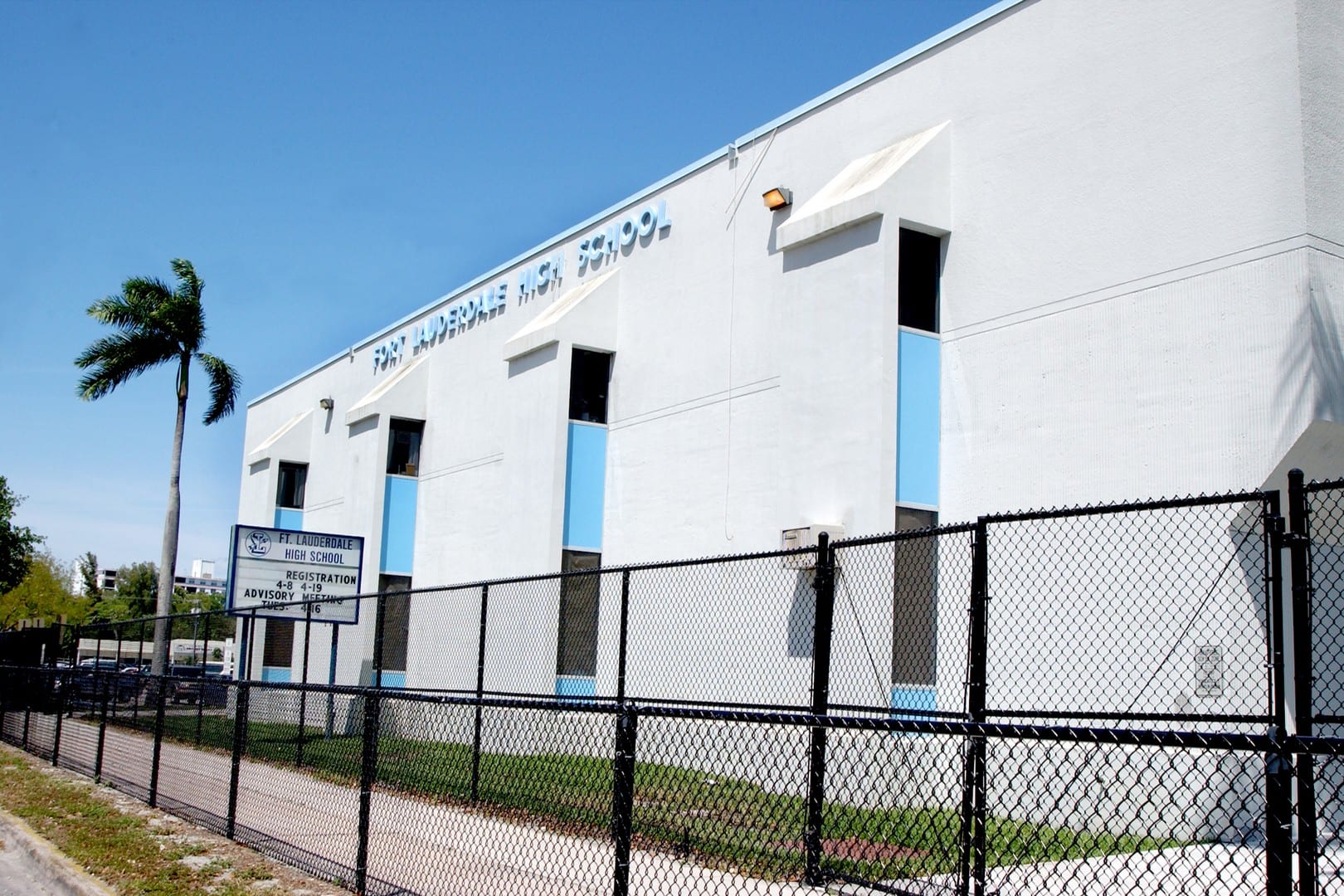 Fort Lauderdale High School (FLHS) is the oldest continuously functioning high school in Broward County.  Its rich history dates back to 1899, when Ivy Cromartie – who was later to marry Fort Lauderdale pioneer Frank Stranahan – welcomed nine students to her wood-framed school house on South Andrews Avenue, just south of the New River in what was then Dade County.  By 1914, enrollment reached 325 students, resulting in the building of a new school in 1915.  It was known as Central High, because of the large area it served.  The first graduating class consisted of five boys!

The school’s unique mascot is actually the “Flying L”: a large winged blue “L” with an arrow through its center. That name came about in 1917 during the state track meet when a reporter from the Miami Herald remarked… “Look at that Flying L” as track star Charlie Rhodes ran to victory. The following week, the town of Fort Lauderdale voted on nicknaming all of the school’s sports teams “The Flying L’s.”

Today, FLHS continues a tradition of academic excellence, with 49% of the instructional staff having a master’s degree.  The student population reflects the ethnic and cultural diversity found in the City of Fort Lauderdale.  Students are offered numerous workshops and extended learning opportunities.  FLHS has built mentoring partnerships with businesses and individuals within the community.  A digital pilot program provides iPads for a diverse group of students who are placed in rigorous, project-based college-level courses. The debate team is one of the best in the state.

“This is a school where the entire community — teachers, staff, parents and students — pull together to ensure student success,” said FLHS Principal Priscilla Ribeiro. “This is a team effort every day, and I am honored to be a part of it.”