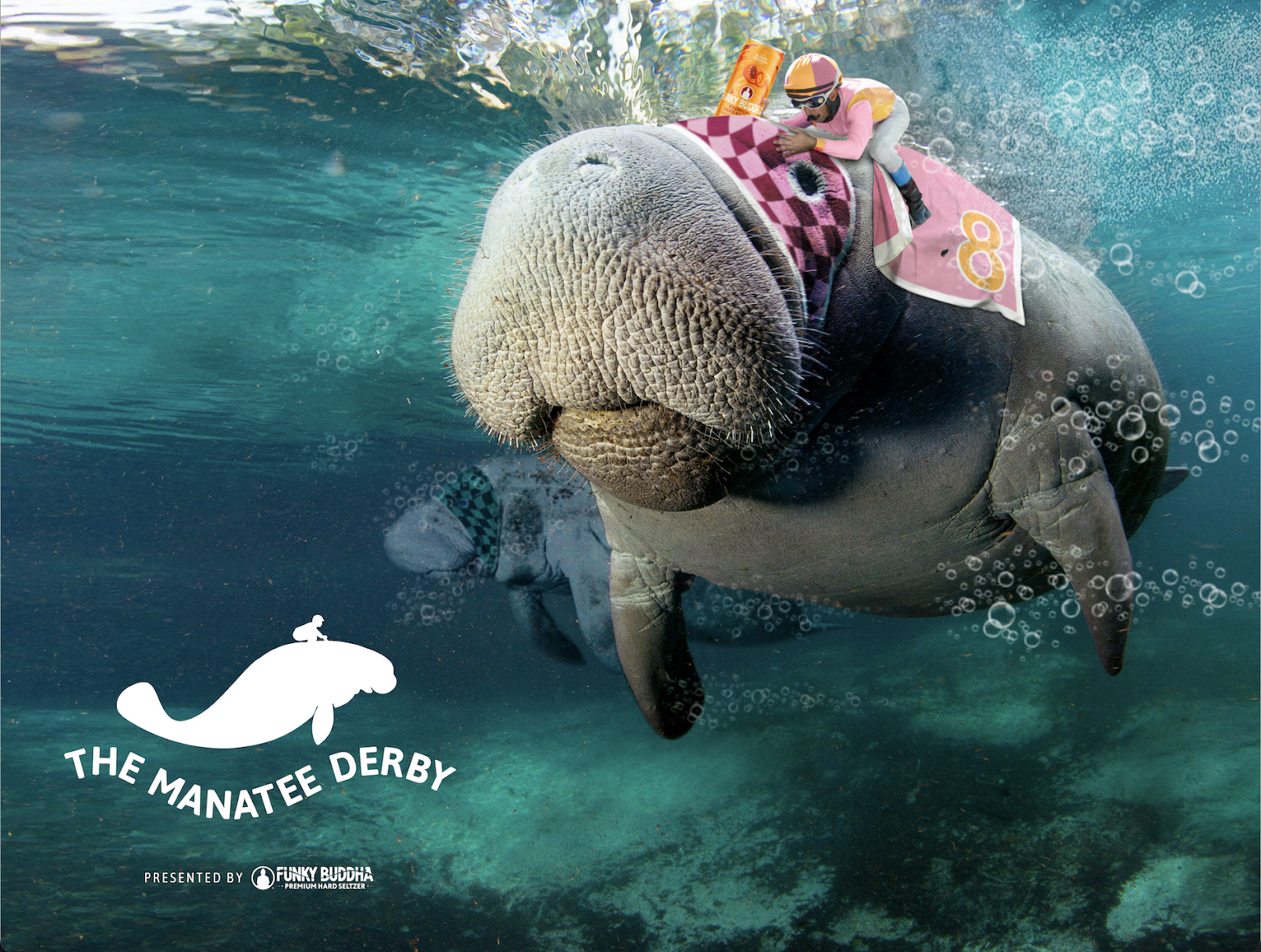 An animal species known as the sea cow doesn’t often conjure up thoughts of speed or racing, but Funky Buddau’s Manatee Derby hopes to use the irony to help protect the endangered marine creature.

The first Manatee Derby will occur at 6 p.m. on June 8 (World Oceans Day) to raise funds and awareness on protecting manatees and their habitats. Funky Buddha is collaborating with the Save the Manatee Club, a nonprofit organization committed to protecting the endangered species.

“Funky Buddha doesn’t do anything the ordinary way. So, we couldn’t take the ordinary approach to helping manatees,” says Cora Fernandez, Creative Director for Funky Buddha. “We needed a funky, unexpected idea that not only kept people entertained, but that portrayed these lovable sea cows as strong, heroic animals that you want to root for – and help save. As a creative team, it’s always special when we can create a campaign that makes you laugh while also helping a good cause. I mean, we got to make a manatee race. What else can we ask for?”

While Manatee deaths have averaged 295 a year over the last five years, according to the Florida Fish and Wildlife Conservation Commission, 2021 has produced 761 deaths. Manatees face threats from boaters and environmental factors like algae blooms and threats to their freshwater habitats.

With the brewery and Manatees depending on clean water, Funky Buddau donated $30,000 to the Save the Manatee Club with plans to match participants’ donations of up to $20,000.

“The threats that imperiled manatees face in their aquatic habitat are greater than ever before, as harmful algal blooms, caused by decades of pollution, are killing seagrasses, with tragic consequences for manatees,” says Patrick Rose, Aquatic Biologist and Executive Director of the Save the Manatee Club. “Save the Manatee Club is working with state and federal agencies as well as dedicated conservation partners to study the issue, restore water quality and seagrasses, advocate for stronger protections, and rescue and rehabilitate sick manatees. We are grateful that the support from Funky Buddha allows us to continue working on our mission to protect manatees and their habitat.