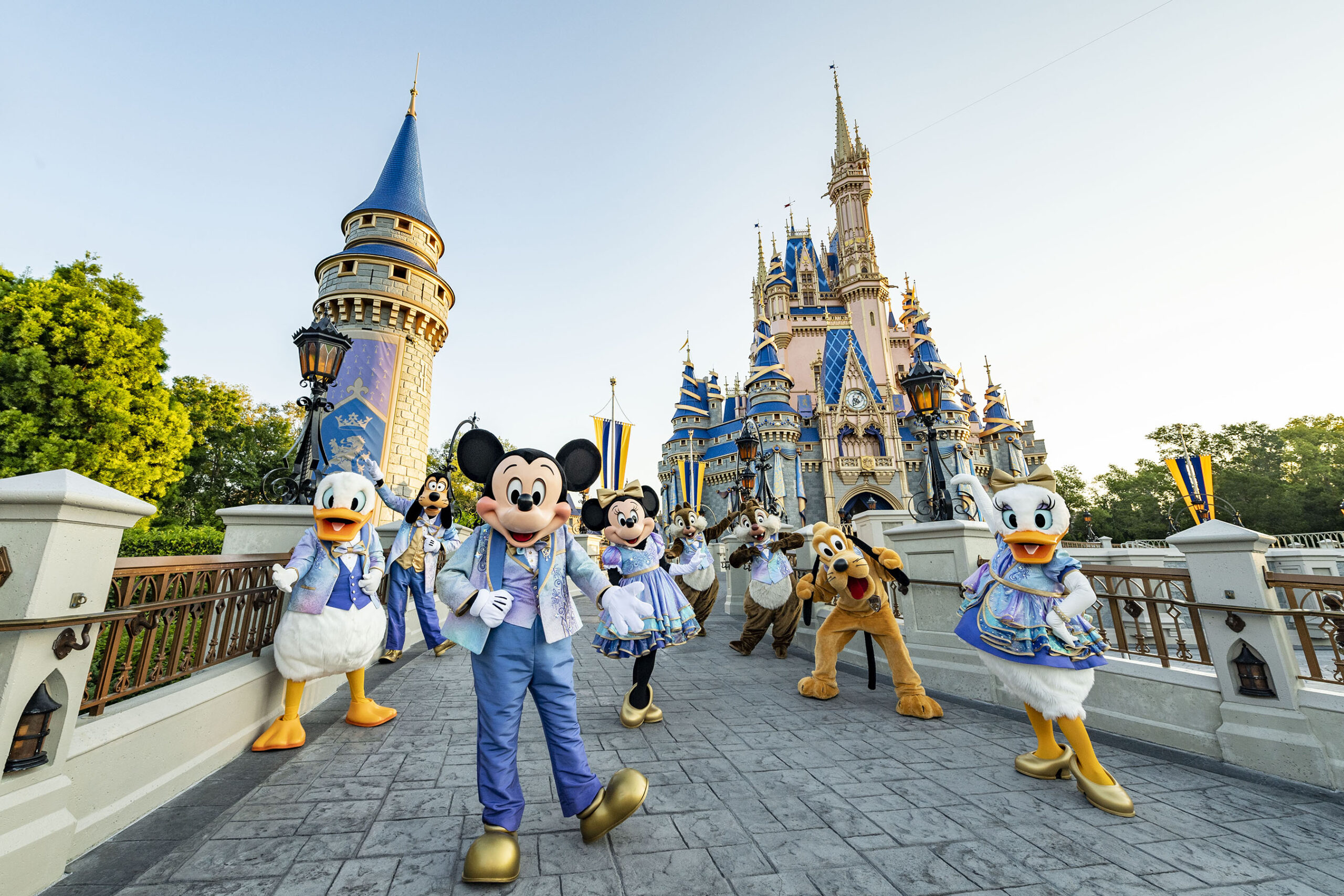 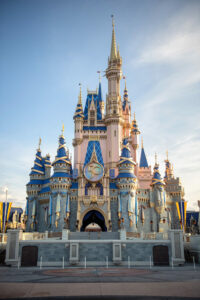 As if anyone needed an excuse to visit one of the theme parks, water parks, hotels, restaurants, villages, campgrounds or shopping districts under the Walt Disney World Resort umbrella, here’s another: Disney is celebrating a half-century in Central Florida.

Oct. 1 marks 50 years since the Magic Kingdom officially opened its gates to the public—and, hard as it may be to believe, there’s nothing understated about its plans to acknowledge this milestone. “The World’s Most Magical Celebration” promises 18 months of honoring the golden anniversary at all four theme parks (and beyond)—including new golden embellishments and a 50th crest on Cinderella Castle at Magic Kingdom.

As for what else is on tap, here are some of the highlights:
Disney Enchantment: This nighttime spectacular at Magic Kingdom features music, enhancing lighting, over-the-top fireworks—and, for the first time, immersive projection effects that stretch from Cinderella Castle to Main Street U.S.A.
Harmonious: Not to be outdone, Epcot will have its own nighttime bonanza, a tribute described as a showcase for “the unifying power of story and song”—reimagined interpretations of classic Disney songs that includes cutting-edge pyrotechnics, fountains, lighting, and media.
Remy’s Ratatouille Adventure: An expanded section of Epcot’s France pavilion provides the backdrop for this new family-friendly attraction that plays off the Disney movie about the rat (Remy) who dreams of being a chef.

Beacons of Magic: At night, specific icons at each of the four theme parks will transform into “beacons” that come to life with “EARidescent glow.” At Animal Kingdom, for example, “a warm light will emanate from the Tree of Life as magical fireflies gather.” 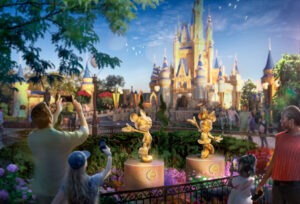 Disney’s Fab 50: Characters like Mickey Mouse, Minnie Mouse, Donald Duck and Goofy will be part of a new collection of golden sculptures (50 overall) spread across the four theme parks.

For more information about all the festivities planned, visit Disneyworld.com/50.