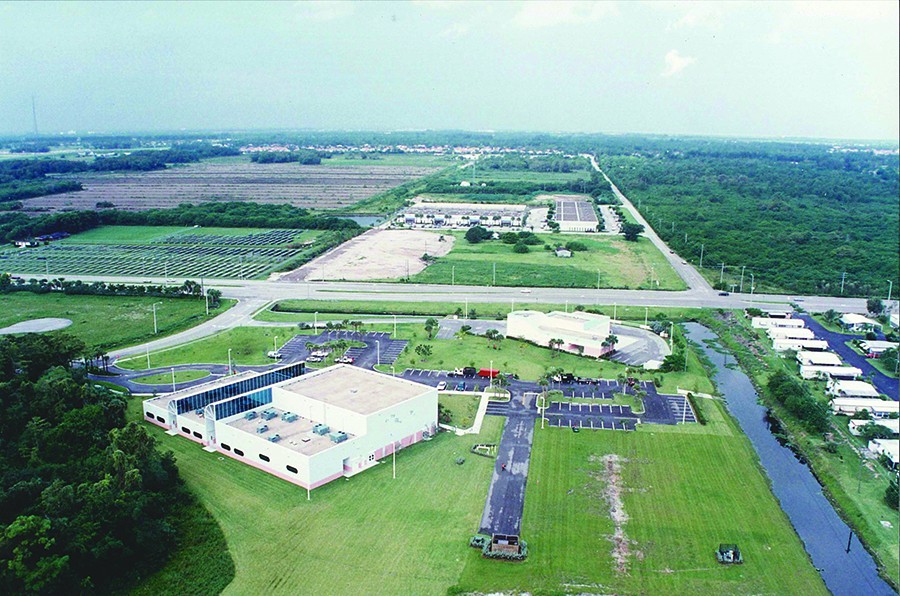 When Wayne Tobey says “baseball was good to me,” there’s no irony in his voice even though he’s using the past tense.

Having tasted the glory of winning a district championship at Coconut Creek High School, he had dreams of playing in the major leagues. He also attended Florida Southern College on a baseball scholarship, and his team won a Division II national championship.

But if it weren’t for baseball, Tobey might not have found his passion for parks and recreation, which ultimately led him to reject a scouting offer from the Pittsburgh Pirates.

Tobey decided to major in parks and recreation at Florida Southern because the night classes didn’t interfere with baseball practice. He liked the subject so much that he decided to pursue it as a career. He jump-started that career by asking Scott Sundermeier, who was then director of community services at the city of Coconut Creek, if he could become an intern.

In 1987, with Sundermeier’s help, Tobey became the city’s first intern. He worked in the leisure services division of the Community Services Department with Linda Wiederspan, a supervisor who eventually became the parks and recreation director, and Sundermeier. As an intern, Tobey wrote a manual for camp counselors in training and helped plan summer camps, children’s activities and the city’s 30th anniversary celebration at Tradewinds Park.

When he graduated in 1988, Tobey returned to Coconut Creek and worked part time as a summer day camp leader until Sundermeier and Wiederspan offered him a full-time job as a recreation leader. Though Tobey also received offers from North Lauderdale’s and Coral Springs’ parks and recreation departments, he knew where he belonged.

“Coral Springs paid more back in the day, but it wasn’t about the money,” Tobey says. “It was about [the fact that] I wanted to grow with the city. I had a vision that said Coconut Creek’s going to be an even better city than Coral Springs one day, and I feel we are.”

His bet paid off. Last year, he became the director of parks and recreation after Wiederspan’s retirement. From his office at the Community Center on Lyons Road, he oversees the city’s 19 parks and heads a staff of 53.

It’s a far cry from when he was a member of a team of less than 10 people that managed the Rowe Community Center at Donaldson Park, Cypress and Hosford parks, and the Ted Thomas Activity Center, which was demolished to make way for the Community Center.

A small staff meant Tobey moved office locations as new parks opened in the early 1990s: Windmill Park and George S. Gerber Memorial Park in 1992 and the Recreation Complex in 1994. He ran programming and managed the fields at George S. Gerber Memorial (called Cocoplum until rededication in 1997) and had an office at the Rowe Center and later at the Recreation Complex. He sometimes had to be innovative to save time. To avoid having to spray paint the boundary lines at a sand volleyball court at Hosford, he dug corkscrew stakes a foot under the sand at each corner and tied yellow nylon boat ropes to them to create the boundaries.

“I was constantly painting the lines—every game,” Tobey says. “Back then, we didn’t have the staff and I’d have to run around to all the parks. I saw [the screws] on TV and I said, ‘I can make that.’ ”

Tobey worked to improve the city’s recreational offerings, helping start the baseball and football programs, which eventually became the Little League team and community football and cheer program, respectively. A resident of Coconut Creek for 20-plus years, Tobey hasn’t stopped thinking of how to be better. He’s currently exploring options to add a splash pad for the city to have a water attraction.

He’s also looking forward to the completion of renovations at Windmill Park, which is slated to reopen in early 2018. The renovation will debut a farm-themed playground, inspired by the land’s history as farmland. Tobey and his team are planning other themes for playgrounds that eventually will need replacing. One day, Cypress Park will have a ranger-themed playground as the park is near a wooded area. Other options being explored include a playful theme, perhaps circus, for Lakeside Park’s playground, as it’s close to Tradewinds Elementary School, and a nautical theme for Donaldson’s playground to match the park’s boat ramp and dock.

“We want kids to be imaginative because that’s what you’re going to have to do in life. You have to be creative,” Tobey says. The themes also serve to attract more families to the parks, and Tobey hopes his staff’s children will see the playgrounds as “the best in the county. … I want our kids to move throughout the community [and try the different parks]. I don’t want them to be stationary.”

Tobey hasn’t stopped predicting Coconut Creek’s future, the same way he did when he first started.

“Why wouldn’t you want to be here?” he says. “It’s going to get even better than what it is now. When you look at clips of the city [10 years back], you can see how it’s getting better. You still have the center portion of the city that’s going to be developed [with the MainStreet project]. … The community’s friendly and the people are friendly. Our city is like a family.”

This is the seventh in a series of articles celebrating Coconut Creek’s 50th anniversary.