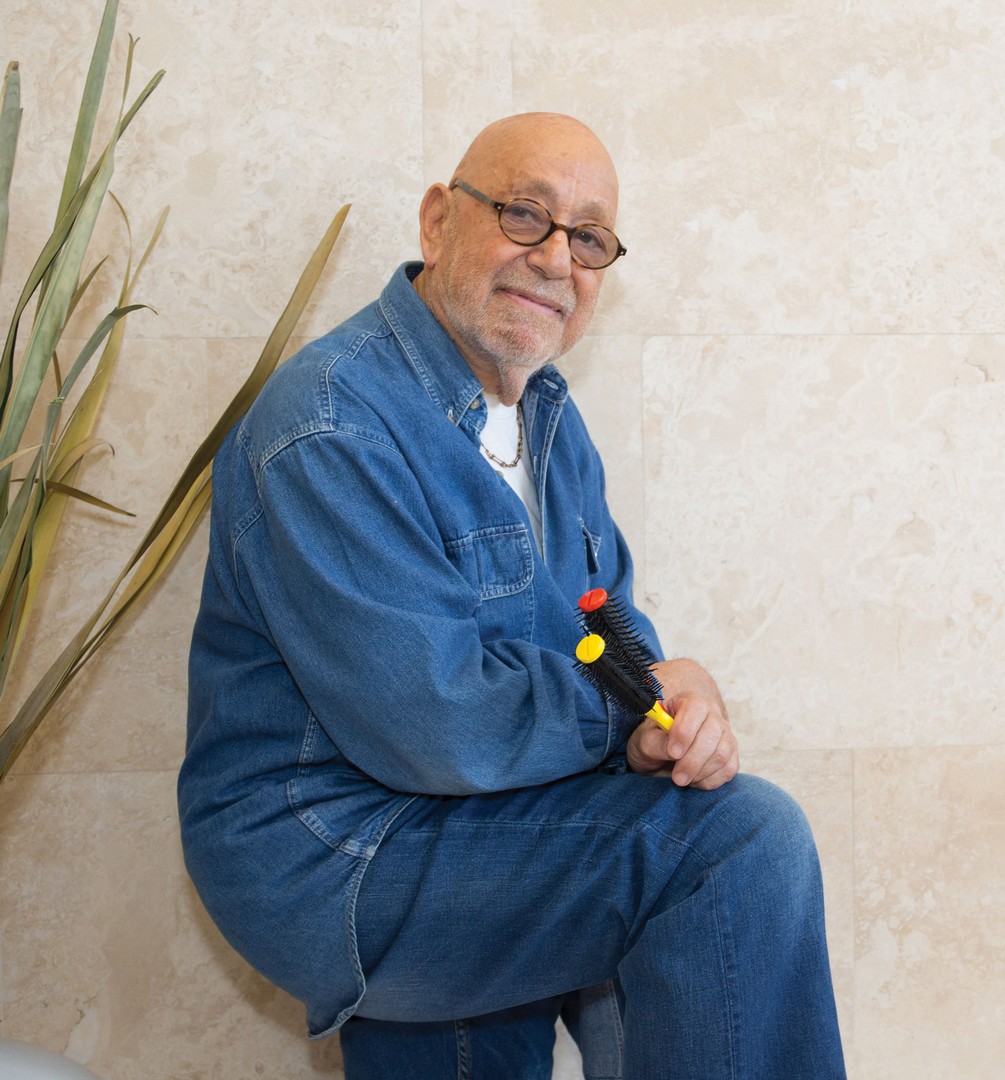 • Although Harold Leighton is 85, retirement is the furthest thing from his mind. The London native, now living in Boca, has been a prominent figure in the hair industry for nearly seven decades. His star-studded résumé includes credits as an inventor, trendsetter, photographer and author of three books—the most recent, From Salon to Celebrity: The British Hairdressing Story, was published in 2004.

• Leighton worked closely with Vidal Sassoon and Paul Mitchell at the beginning of their careers (Mitchell died in 1989, Sassoon in 2012) and he credits them with making the industry what it is today. “Vidal changed haircutting, Paul [Mitchell] and John Paul DeJoria [who co-founded the Paul Mitchell line] changed hair products,” he says.

• Those in the business would credit Leighton as having similar influence. At the height of his career, he was a go-to hairdresser for major celebrities and models—Faye Dunaway, Julie Christie, Joan Collins, Kate Moss and countless others. He also forever changed the industry by inventing the first radial blow-styling brush, the Leighton Stylar.

• Harold and his wife, Maxine, who have two sons together, celebrated 60 years of marriage in April. They worked closely for a major part of their respective careers, with Maxine dressing up the rich and famous, while Harold styled their hair. “We were a rare couple,” he says. “There weren’t many hairdressers that were married to [equally] creative women.”

• When it comes to hair care, Leighton believes we’re in the middle of a golden era. “It’s taken all of this time to come up with good hair products—so good that you can almost drink them,” he says. “I see that continuing, but, considering the degree that it’s advanced [lately], it’s probably going to slow down over the next 10 to 15 years.”

• Leighton admits that going back to hairdressing is always in the back of his mind, but an accident last year has amplified the arthritis in his hands, limiting his range of motion.

• That hasn’t kept him from thinking about new ways to impact the industry he loves so much. Later this year, he plans to relaunch the Leighton Stylar with new, updated handles and bristles. “This invention will show that I was around then and I’m around now,” he says. “That’s important to me.”