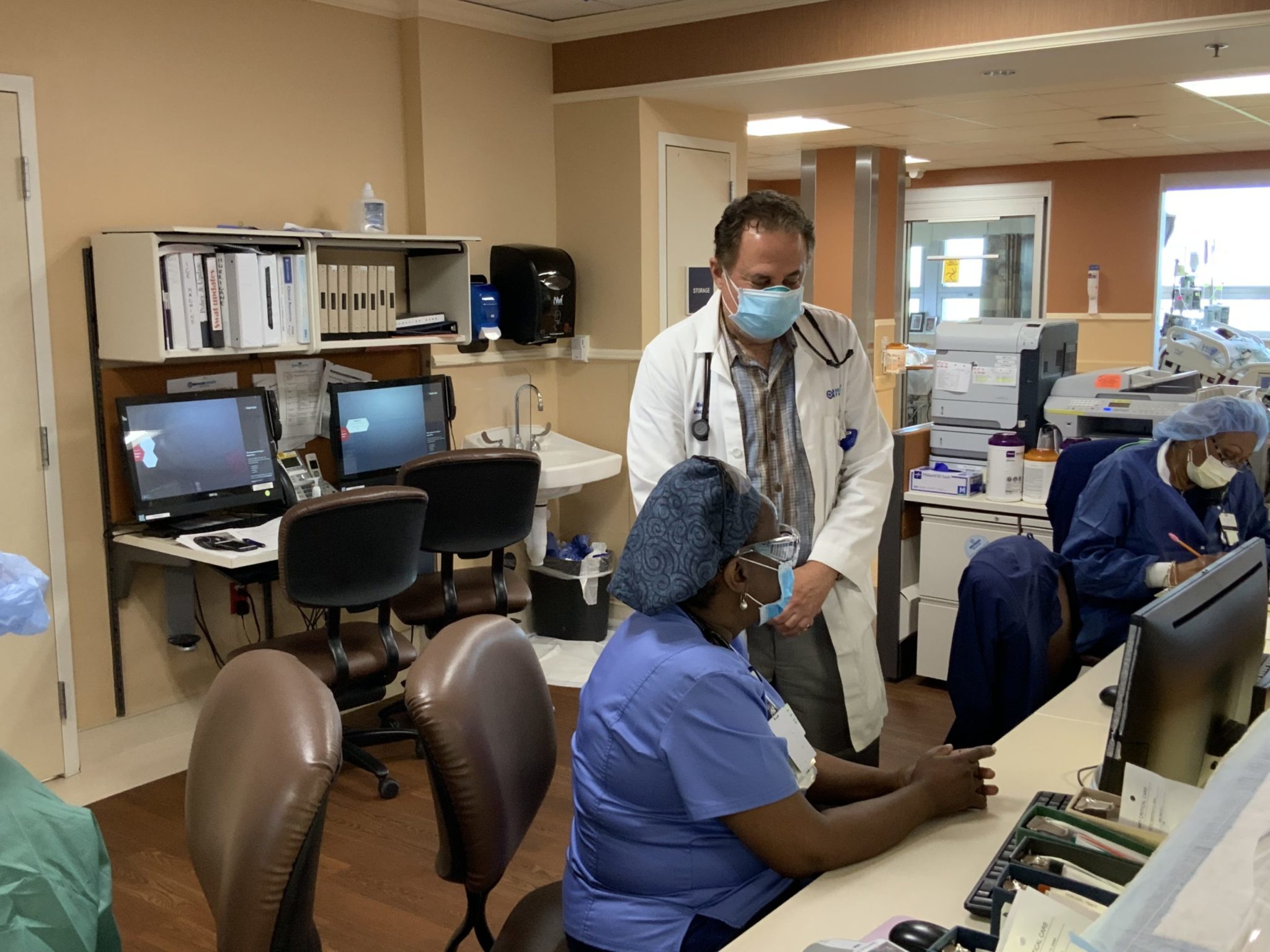 Heroes of the Pandemic: Melvin Kohan

Background: The Wellington resident attended Universidad Autonoma de Guadalajara in Mexico, completed his residency in internal medicine at Mount Sinai Hospital at the University of Connecticut, and did his fellowship in infectious diseases at the University of Miami. Earlier in his career, he was acting director for the HIV and STD program at Broward County’s Department of Health.

Pandemic stories: “The pandemic will end,” Kohan says. “It will end.”

His perspective reflects history, personal experience and science. Kohan recalls the 1980s, when he worked with patients suffering from HIV before that disease even had a name. Back then, HIV was a death sentence. He was working at a Fort Lauderdale HIV clinic when AZT, the first drug that could fight the virus, received FDA approval.

Today, Kohan again finds himself treating people for a viral disease without a cure or vaccine. An absence of data “brings a lot of anxiety to us as physicians,” he says. “We’re learning as we go along.”

The memory of one man, in particular, stays with him. He was middle-aged and healthy before contracting the coronavirus in April. He came to the emergency room with a fever, low oxygen level and a dry cough. “He said, ‘Hopefully, I don’t get pneumonia,’ but unfortunately he did,” Kohan recalls.

Kohan, who teams up with a pulmonary specialist and intensive care doctor when treating COVID-19 patients, gave the patient numerous medications to treat the virus and secondary bacterial infections. They put him on a ventilator; he lay on his abdomen, unconscious, while blood clots formed in his body.

“He was beginning to wake up and seemed to be doing a little better,” he says. “Unfortunately, he died of a heart attack.”

Just as people with HIV can lead healthy lives, so, too, will society overcome COVID-19, he says. It will require herd immunity, which can take place naturally or via a vaccine. The virus could also mutate to a less virulent form.

With natural herd immunity, 70% to 80% of the population gets exposed to the disease and develops antibodies. Most people who get the disease will be asymptomatic and be “perfectly fine,” about 2% will get very sick and end up in the intensive care unit, and 1% to 2% of those who get it will die, Kohan says.

“We’re still in the first quarter of the phase of herd immunity,” he says. “It could take up two years for natural herd immunity to develop; it would be much quicker with a vaccine.”

When the FDA eventually approves a vaccine for safety and efficacy, people should get one, he says, offering another dose of hope.

“Pandemics do burn out. No one can predict the date, but it will end.”