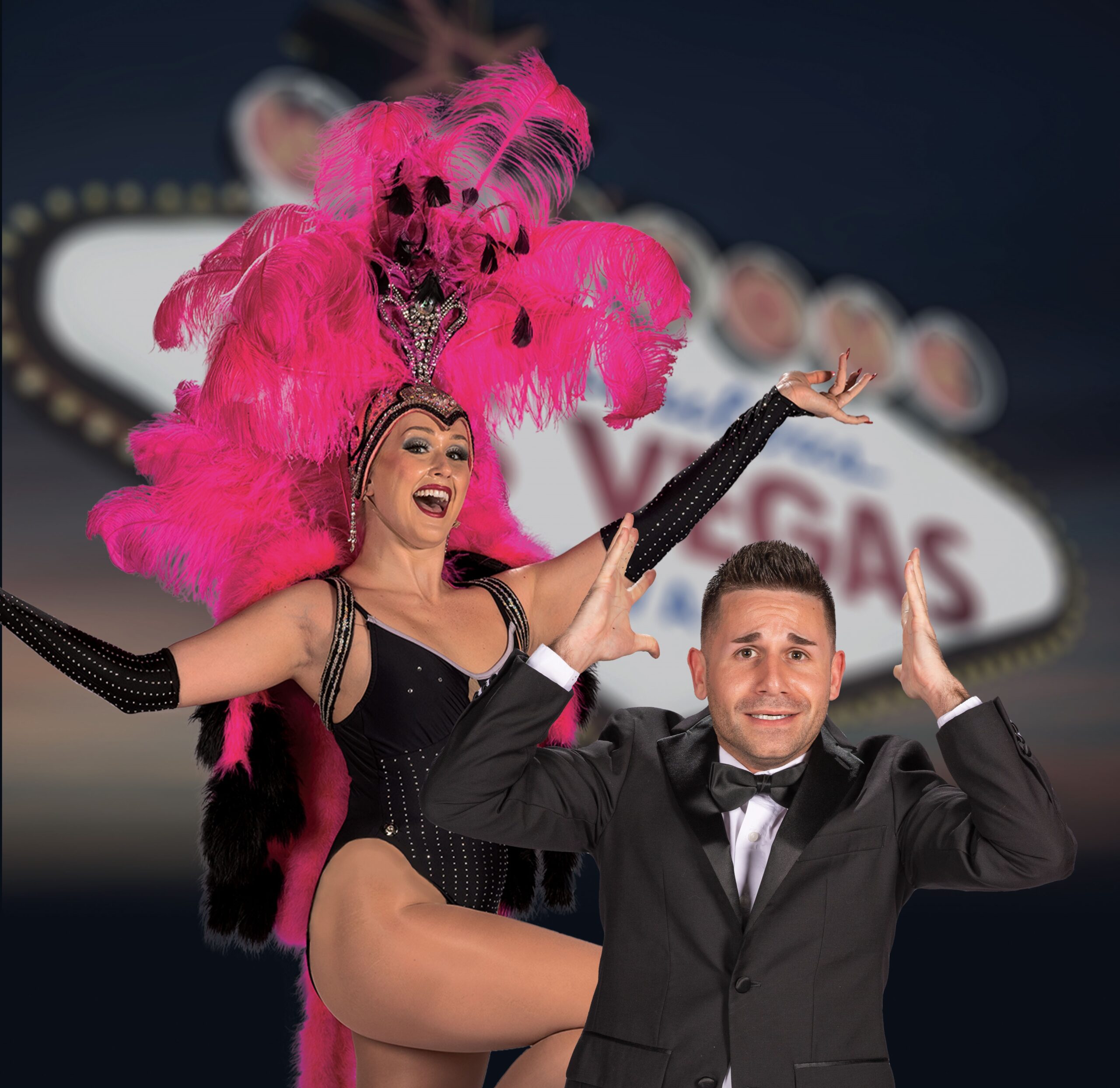 Honeymoon in Vegas: The Musical

Caught in a surreal love triangle thanks to his gambling misfortune, Jack Singer has only one card left to play to win back his girlfriend—jumping out of a plane dressed as The King.

But the spectacles won’t end with skydiving Elvises thanks to Slow Burn Theatre Company’s presentation of Honeymoon in Vegas, a musical rendering of the 1992 rom-com starring Nicolas Cage, Sarah Jessica Parker and the late James Caan. Amaturo Theater at Broward Center for the Performing Arts serves as the backdrop for this production directed and choreographed by Slow Burn artistic director Patrick Fitzwater.

The show, which runs from Feb. 4 to Feb. 19, stars Nick Anastasia as Jack; Gaby Tortoledo as his girlfriend, Betsy; and Ben Sandomir as gambler and romantic rival Tommy Korman. The New York Times described the music/lyrics of composer Jason Robert Brown and book by Andrew Bergman as “[wrestling] the neon mirage of its title into the solid, satisfying shape of a classic Broadway musical.”

Performances are on Thursdays and Fridays during the run, with two shows on Saturdays and a matinee on Sundays. Tickets, which start at $49, are available at browardcenter.org or by phone at 954.462.0222.