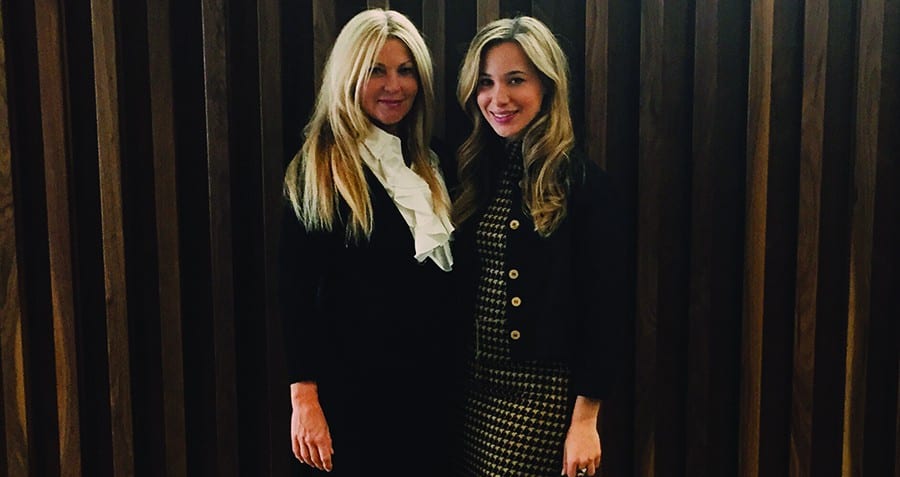 The origin of a durable-yet-fashionable tote that’s made its way from Parkland to the streets of Beverly Hills is rooted in necessity. Brit Ankari, the co-founder, CEO and creative director of what would become Leni Penn tote bags, found inspiration in a moment of desperation. “It was the mentality of ‘when I can’t find it, I make it,’” she says.

When she was a student at the University of Miami, Ankari came home one weekend and found leftover fabric—a chocolate-brown, marine-grade faux crocodile—that her mother, Susie, an interior designer and now her business partner, had been using to reupholster seats on a client’s yacht. She used it to make a bag. The next time Susie saw her, Brit was toting her laundry in it. Mom wanted one, so “one bag became two,” Brit says.

“It was fabulous. I still have it,” Susie says of the original. “When I would go to a client’s house in Parkland, Coral Springs, Boca Raton, Bal Harbour, they would say, ‘Oh, I love that bag, where can I get one?’”

They knew they were on to something. On Dec. 23, 2013—which happened to be Brit’s 24th birthday—the duo put their totes up for sale at a street market on Lincoln Road in South Beach. “We sold out all 30 bags within hours,” Brit recalls. What captivated customers wasn’t only the functionality of the totes, but also their trendiness and feel-good effect—the bags are made from faux leather and are made to look like expensive exotic skins, such as ostrich, python and crocodile. They are also hand-sewn in South Florida. “That’s a big part of our concept,” Brit says. “We saw all these talented women who were out of jobs because manufacturing has gone overseas. We started working with local artisans. We want to be able to provide jobs in the community where we live.”

When Brit started researching names for the brand that correlated with their message, she “drove everyone crazy for three months,” she says. She looked for words in different languages and came across Latin prefixes and suffixes. She discovered Leni and Penn, the Latin root words for Gentle Feather.

“I started drawing a feather for our logo,” Brit says. “It all came together as it was meant to be.”

The Ankaris haven’t had to look for customers. The luxe bags have been featured in international fashion magazines, including as an editor’s pick in Vogue. Celebrities such as Jessica Alba, Tina Fey, Michelle Pfeiffer and Rooney Mara show up on Pinterest toting Leni Penn. Their most-recent celebrity story? “Mick Jagger’s girlfriend, Melanie Hamrick [the American Ballet Theater ballerina, who is pregnant with the rock star’s eighth child], saw a friend with our bag and she had to have one,” Susie says. “She’s going to use it as a diaper bag.”