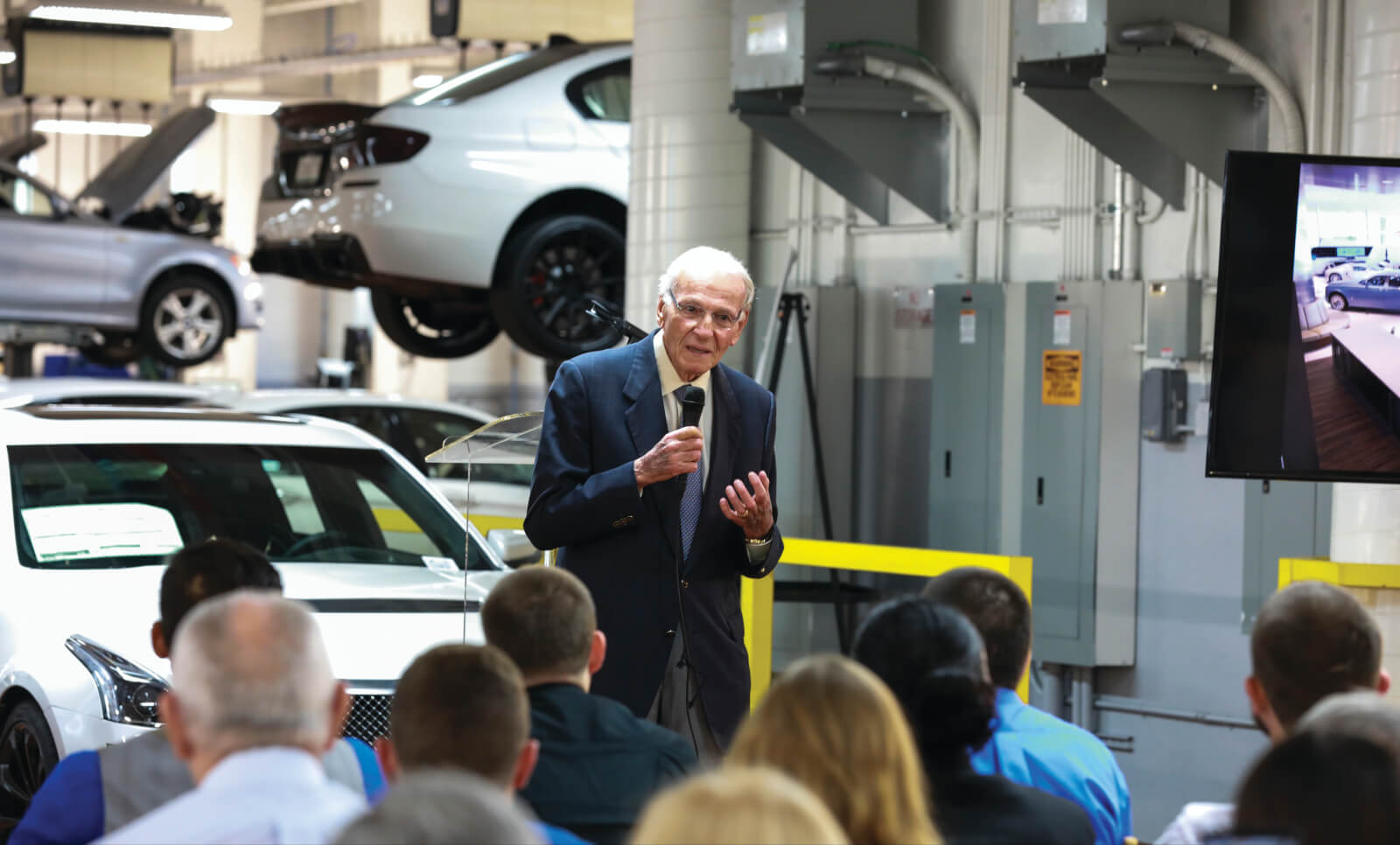 In the Driver’s Seat

Near the center of downtown Miami, Braman Enterprises is hard to miss. One of Florida’s largest car dealership companies, it commands a large portion of 20th Street. But this facility does more than sell cars.

After a major expansion about five years ago, Braman created a wing dedicated to education, in which dozens of young people have the opportunity to become skilled automotive technicians.

“The one thing about technicians is, there will always be a need for them,” says Braman Motors founder and CEO Norman Braman. “I’ve wanted to start this kind of program for years. It makes sense to take young people and give them an opportunity at a well-paid position.”

The vocational program, developed through a partnership with Miami-Dade County Public Schools, began in 2011. For a year and a half, students learn and practice inside Braman’s modern center. Included are tuition, books, uniforms, equipment, laptop computers and tools, all paid for by Braman and provided to each student. In return, students pledge to participate in a required 1,800 hours of curriculum and on-site classroom time with an Automotive Service Excellence-accredited instructor.

“The area we’re located in, near Overtown, is one of the most economically difficult in Miami,” Braman says. “But through the program, the idea is to give local kids a chance to further themselves, and one day raise a family or buy a home.”

Once Braman decided to launch a training center, he needed a crop of interested students. “I called [Miami-Dade Public Schools] Superintendent Alberto M. Carvalho and told him exactly what I wanted to do,” he says. “He thought it was wonderful, and, ever since then, he has helped provide our students.”

Interested students must fill out an application and have a high school diploma or GED to qualify. Once accepted, students receive paid apprenticeships with senior Braman technicians, helping them get an idea of what being an automotive technician entails beyond the classroom.

“They’re not just in school the whole time,” he says. “The first few months are very classroom-heavy, but, otherwise, they’re out there working and earning some money, too.”

In August 2017, the center welcomed its sixth training class with a few dozen students who are expected to graduate in 2019. Of more than 100 graduated students, more than 40 of them are now employed at Braman; one recently was promoted to manager. Others typically get jobs at neighboring automotive centers. An average of 85 percent of all students receive positions after they graduate.

“There are so many job opportunities once a student is trained,” Braman says. “Everybody in the automotive world knows how important technicians are.”

Braman sees the training center continuing for as long as possible. “Instead of going out and hiring people, we’re training them ourselves and giving local kids a chance at a new career,” he says. “I always wondered if we could start something like this. Now we have, and it’s proven to be everything I thought it would.”