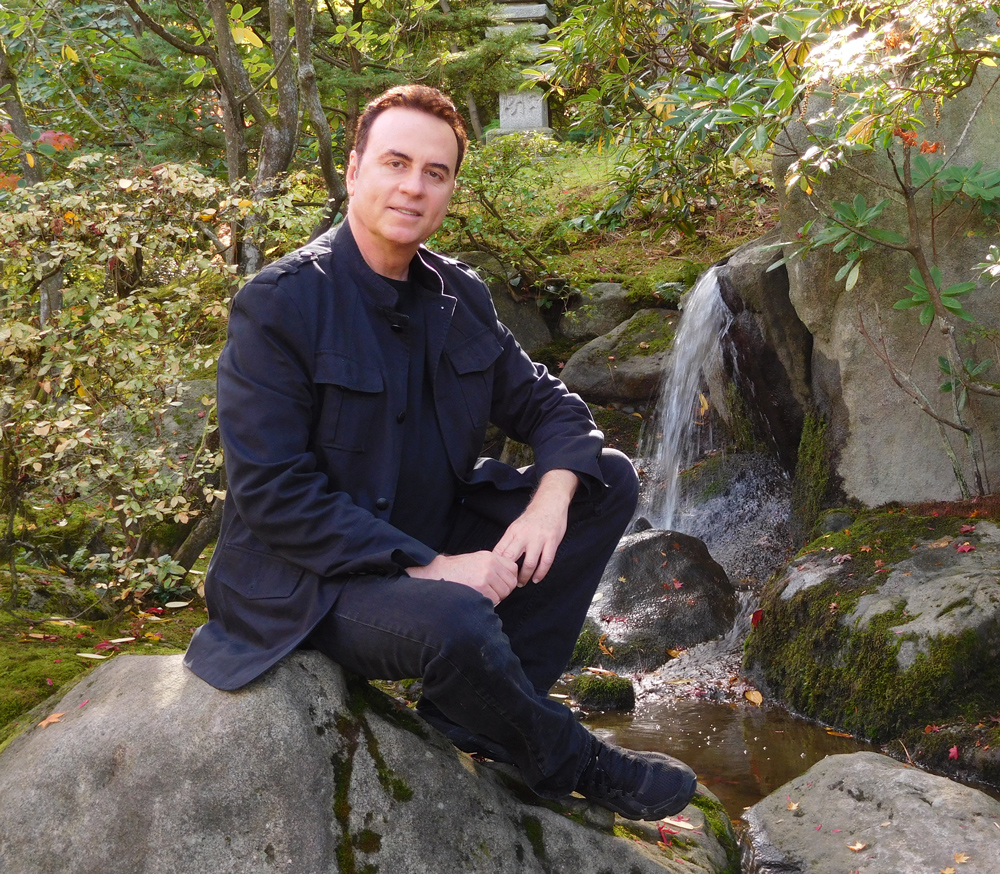 Mark Anthony first saw the light during his darkest childhood moment, a near-death experience at age 4 during which he went into convulsions and struggled for air. At a certain point, Anthony would later learn, he stopped breathing. What happened next, he says, can be best described as a glimpse into the hereafter—a brief encounter with “beautiful energies,” translucent outlines that resembled human figures made of water.
“They were sweet, and they said to me, ‘Mark, you have to go back,’” he recalls. “The next thing I remember is being in an ambulance and someone screaming, ‘We have a pulse!’”
It wouldn’t be the last time that the fourth-generation psychic medium would make contact with the spirit world. Some 15,000 readings into a career that has produced countless national television appearances and speaking engagements—as well as two best-selling books, including last year’s Evidence of Eternity—the “Psychic Lawyer” continues to bring a scholarly approach to a discussion that produces its share of skeptics.
Despite the naysayers, Anthony has seen increased interest in spiritualty and the afterlife, especially as the public stigma of “reaching out to the other side through non-traditional means” has diminished.
“Today, psychic powers are openly discussed for the most part,” Anthony says. “That said, there are still countries in the world where people like me are put to death.”
Anthony, a Central Florida resident, is in the process of making South Florida his business hub, thanks in large part to the psychic explorer cruises that will be sailing out of Fort Lauderdale—the first of which, the Mystical Mayan Cruise, departs on Oct. 22. “It’s like the spiritual version of an Indiana Jones movie,” Anthony says.
The licensed Florida attorney, who studied mediumship at England’s Arthur Findlay College, which advances spiritualism and psychic sciences, shares some of what he’s learned with Lifestyle.

In the beginning: “When I was 4, I started seeing spirits. My grandfather had recently died, as well as some of my father’s relatives. I started referring to them as my invisible friends. My parents (both of whom possess advanced psychic abilities) quickly picked up on this. They sat me down and said not to worry, that it was perfectly normal—but not to talk about it with anyone other than them.”

Here’s why: “The reason they wanted me to keep my (abilities) between us, at the time, had to do with my father’s sister, also a psychic. She had a premonition and insisted her husband stay home from his job at a steel plant in Pennsylvania. That day, a cable snapped on a crane lifting thousands of pounds of steel beams—the beams landed on the machine shop where the husband worked and killed everyone inside. Instead of being grateful, it aroused fear in him. He was a fundamentalist Christian who thought she was doing the work of the devil. He had her committed to a mental institution and subjected to electroshock over a period of six months.”
Triple play: “There are mediums who are strictly visual or strictly auditory. I see things, hear things and feel things. I tend to get a lot of description and detail.”

Answering the critics: “For those who believe, no proof is necessary. For those with closed minds, no proof may be possible. Those who’ve read my books or listened to my lectures know that I’m not preying upon people’s grief. What I tell individuals is that they have to wait at least six months after the death of a loved one. It’s during that window, when (emotions are still raw), where the charlatans like to come in. But after six months, there is some emotional stability. If it’s something a person wants to engage in, I tell them that a medium-assisted connection with a loved one will not make everything better. It is, however, an important therapeutic step in the journey through grief.”

Hell, no: “I was raised in a Christian faith to believe in heaven, purgatory and hell. What I’ve gleaned through my studies is that there are levels and frequencies to the other side—but the supreme being doesn’t punish anybody by condemning them to an eternity of suffering. There is no hell.”

Begin again: “The one thing that I can say is a reality is reincarnation. The survival of conscious studies and near-death experience studies all talk about reincarnation, no matter your religion. Even atheists who have gone into the light and returned, reference reincarnation.”

Answering the critics, part II: “A lot of people ask, ‘How do you know you’re not mentally ill?’ The spirits that come to me are bringing accurate, fact-based messages. They’re not saying, ‘Go take an ax and kill.’ That’s schizophrenia.”

MYSTICAL MAYAN CRUISE
When: Oct. 22-27
Ship: Princess Cruises’
Royal Princess
What: Join psychic Mark Anthony on a five-night adventure departing from Fort Lauderdale that includes stops in Costa Maya and Cozumel to explore Mayan ruins. During the two travel days at sea, Anthony will conduct presentations on Mayan culture and the science of the afterlife, as well as gallery readings, where he connects audience members to loved ones on the other side.
Contact: Call 615.452.7077 to book the cruise—and mention “summer special” for an added discount.