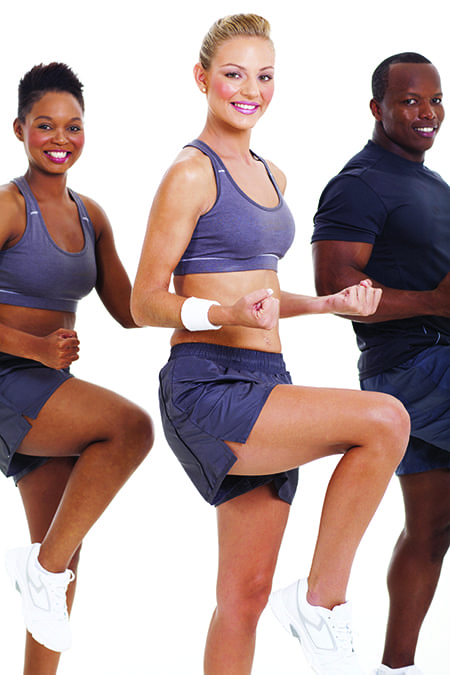 With its green plan well underway, the city of Coconut Creek is taking another step into the national forum by adopting Michelle Obama’s Let’s Move! initiative. The goal? Complete all five benchmarks with gold standards.

Over the past three decades, childhood obesity in America has become a growing concern with almost one in every three children in our nation being obese or severely overweight. The Let’s Move! program introduced by the First Lady aims to address this issue using a comprehensive strategy that exposes children to healthy habits early on.

“The program is a nation-wide initiative developed by Michelle Obama to promote active lifestyles and healthy eating habits—starting with kids and then the community as a whole,” says Janet Hull, Coconut Creek’s Parks and Recreation Supervisor. “The idea is that they will take those healthy choices and apply them throughout their lives.”

Each step in the program creates the building blocks for a healthier lifestyle, whether it’s incorporating best practices for nutrition, physical fitness or limiting screen time.

Coconut Creek schools are well underway with the first goal—Start Early, Start Smart—by hosting early childcare workshops on how to incorporate healthy food and snack choices, and have even launched breakfast and lunch programs—earning Coconut Creek a Bronze standard in the third goal (Smart Servings for Students).

“We have also achieved a gold standard for the second goal—MyPlate, Your Place—where the city is supposed to prominently display the MyPlate logo where food is served,” says Hull. Vending machines throughout the city carry the “MyPlate” logo, including employee eating areas.

The city has also adopted a healthy eating statement, aligning their own food guidelines for the city with that of the Dietary Guidelines for Americans. “It’s still a work in progress, but we’re tackling the fourth goal [Model Food Service] to achieve healthy and sustainable food service guidelines,” says Hull.

And thanks to Coconut Creek’s “Playful City” status, earning a gold standard in the fifth goal, Active Kids at Play, was a walk in the park. “We made sure we had all of our play areas identified and easily accessible to residents as part of our Playful City USA initiative, so we automatically received a gold medal in that one,” says Hull.

To motivate kids to become more physically active, the city invites personal trainers from the Community Center and Recreation Complex to teach fitness classes in the Let’s Move! After School Program.

“We do a sporting activity every week, for example basketball, fitness training day, dodgeball, etc. Every week is different,” says Coconut Creek Fitness Specialist Tim Walbert. “The kids enjoy it, they like the social interaction and being physically active—I don’t believe most kids get that nowadays.”

And neither do most adults. In an effort to build a healthier community, Coconut Creek has recently launched a “Strive for Five” wellness initiative that encourages employees to adopt those selfsame practices the kids are learning.

“The program is a five-week challenge: Eat five fruits and vegetables per day, and strive for 10,000 steps five days per week,” says Mayor Becky Tooley. More than 100 employees have already taken up the challenge, donning “Fitbit” pedometers to wirelessly track their steps.

According to the U.S. Surgeon General, the average person walks anywhere between 900 and 3,000 steps on average during the normal course of their day (not including any physical activities like playing a sport or going to a gym). In other words, it takes an effort to get to 10,000 steps, which studies suggest is necessary to meet the current physical activity guidelines promoted by the Centers for Disease Control and Prevention, the American College of Sports Medicine, and the U.S. Surgeon General

“Employees have really embraced the challenge, many have formed Facebook groups to see how their teammates are doing and to remind them if they are missing steps,” says Hull.

At the end of each five-week challenge, the teams with the highest number of collective steps earn wellness-related prizes including fruit baskets, cutting boards, heart rate monitors, running shoes, and more.

Says Hull: “Our goal is to get everyone in the community active and participate in the program, whether it’s our employees or the kids, we encourage them to ‘strive for a healthier me.’”

The Coconut Creek Community Center and Recreation Complex offer fitness classes from yogalates to strength training, as well as personal trainers that can help you sculpt, tone and shape up for just $20 a session. Sessions are done in half hour increments and can be done in either a group or one-on-one. To find out more, call 954.545.6670 (Community Center) or 954.545.6688 (Recreation Complex).