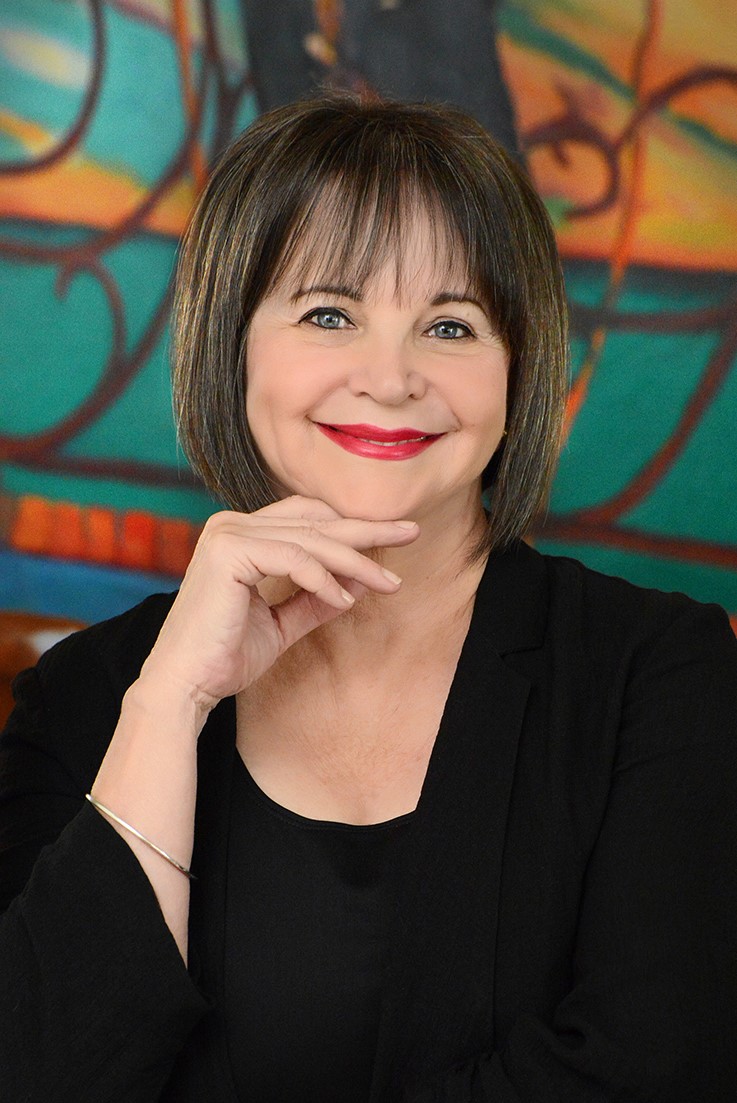 When pandemic concerns shelved the scheduled spring production of Nunsense at The Wick Theatre in Boca Raton, the writer/director of the musical comedy, Dan Goggin, called his lead actress and suggested another idea.

To no one’s surprise, the actress forever associated with the role of Shirley Feeney on the top-rated 1970s sitcom, Laverne & Shirley, has more than enough Hollywood stories to pull off such a performance. Williams will take the main stage this month for a lengthy run at The Wick (June 10-27) that’s titled “Me, Myself and Shirley.” (Call 561.995.2333 or visit thewick.org for ticket information.)

Asked how she’s feeling about the one-woman format, Williams quips, “I’m both terrified and ecstatic at the same time. But, mostly terrified.”

From her home in Southern California, Williams spoke to Lifestyle about a TV/film career that spans five decades.

Early in your career you co-starred in American Graffiti and The Conversation—both nominated for Best Picture. At that point, did you feel your future was in film and not in TV?

It wasn’t that I would turn down anything on TV. I just did what came along, and the parts I auditioned for and got … that was just fortune smiling down on me.

I lost a couple of parts in films after Laverne & Shirley, because I was too identifiable with that character. And I totally understand that. But how blessed was I to get to play that kind of comedy on TV for so long? I’d always wanted to, ever since I saw Sid Caesar and Imogene Coca on Your Show of Shows [in the early 1950s]. I felt that I had it in me.

In high school, I wanted to be a nurse. But I couldn’t get higher than a C-minus in biology. Who wants a nurse with a C-minus in biology? I just didn’t have an academic brain. I ended up going to Los Angeles City College and joining the theater arts department. I knew I could act. And one thing led to another. This was the path that I was meant to go on.

Laverne & Shirley engendered an enduring affection that other shows from that era didn’t. Why do you think that is?

These were two girls who scrambled to get the rent together every month. The wolf was always nipping at their heels. And people can relate to that. I remember Paramount wanted to dress us in these beautiful dresses, but we said no, because Laverne and Shirley wouldn’t have a beautiful wardrobe. Same with the initial set they built; it was so nice, it looked more like Mary’s apartment from The Mary Tyler Moore Show. And we argued [for that change], too. Laverne and Shirley wouldn’t have wall-to-wall carpeting. They’d have throw rugs on bare floors. They’d have furniture from Goodwill. Bookshelves made of cinder blocks.

But within those [real-life] struggles, there is great comedy to be had. Penny [Marshall, the late actress who played Laverne DeFazio] and I loved to make people laugh. Laughter is a beautiful commonality that we can all share. It crosses language barriers, race barriers. There are no barriers when it comes to physical comedy, especially.

Plus, we always made fun of ourselves. We were sending those characters up in a loving way. It’s like Shakespeare. Let me play the fool. We knew we were playing the fools, and we weren’t afraid to really be silly. Sometimes, it worked beautifully. Sometimes, not so much.

But we went for it.

You once worked as a waitress at the Whiskey a Go Go, the famous club on the Sunset Strip that launched so many rock acts. What was the wildest thing you witnessed there?

I saw Joe Cocker’s first performance in America. And I waited on him. The Whiskey was overflowing that night, well beyond the fire ordinance. A girl got up on stage and … I’ll just say, she tried to “make out” with him. It was so packed that the bouncer couldn’t get through the crowd to pull her off of him.

In my book [the 2015 memoir, Shirley, I Jest!], I write about my first night waiting tables in the VIP section and a prank that Jim Morrison [lead singer of The Doors] pulled on me. But I also remember, when we were closing the club at night, how Jim would get up on stage—and he’d start singing a cappella. Somehow, he’d always lose his shoes.

It’s such a beautiful picture in my head. The room [had quieted], and the candles on the tables were still glowing red, because [the waitresses] were just starting to blow them out. Jim would sing until the owner finally would say to the bouncer, “Find Jim’s shoes and take him home.”

Check out the June issue of Lifestyle for the full interview with Cindy Williams.