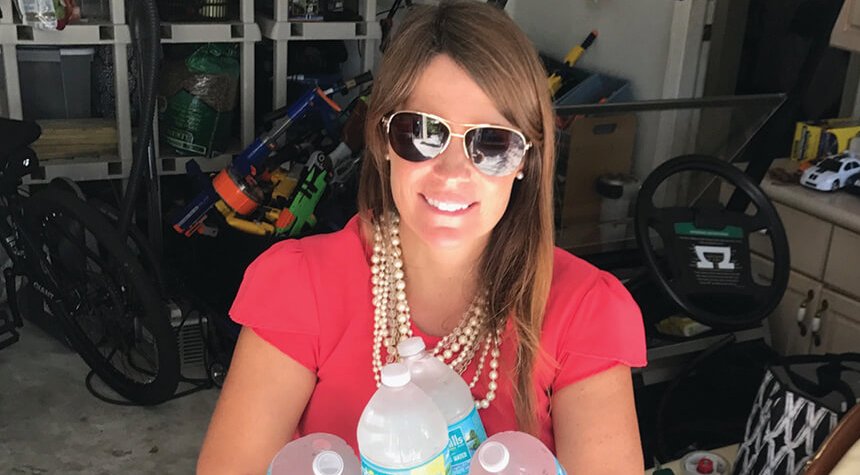 Mending the Heart of the Keys

What began as a Facebook post asking for unused hurricane supplies soon became a nonprofit organization with long-reaching effects. Coconut Creek resident and Winston Park Elementary School teacher Krystal Langley began gathering goods for her hometown of Marathon, the day after Hurricane Irma ravaged the Keys. She asked Facebook friends to donate supplies they wouldn’t use.

“Within 48 hours, my garage was full,” Langley says. “I posted it on a Coconut Creek residents forum on Facebook as well, and it just spread like wildfire.”

As Langley struggled to transport the goods from her garage in Creek to her hometown—she rarely has opportunities to travel to the Keys herself, being a single mother and a full-time teacher—five of her fellow alumni from Marathon High School reached out to help. Stephenie Fenton, Philip Augustine, Vivi Mira-Culmer, Johnny Moses and Tracy Garcia, who is Langley’s childhood friend and her distribution location coordinator, started working with her on what became known as the Mile Marker 50 Relief Project, also known as MM50.

The grassroots task force eventually became a certified nonprofit, as Langley hoped the organization would serve a purpose beyond aiding in hurricane recovery.

“I chose not to use ‘Hurricane Irma’ in the name because I was hoping, long-term, this could help anybody with any type of unforeseen circumstance,” Langley says. “If your house burns down and you’re homeless or need supplies to feed your children, this organization can help.”

Through MM50, Langley and her team have raised funds and gathered supplies for Marathon’s fall festival, gathering costumes for children to dress up on Halloween and distributing 1,200 pounds of donated candy. They also provided gift baskets for a silent auction to benefit a local school, gathered toys for children during the holidays and are working with Cosmetics for a Cause for high school students to have makeup for their homecoming dance.

“We’re depending on each other, working together to try to get help,” Langley says. “Most of the major organizations are gone … so it’s just neighbors helping neighbors now.”

Though Langley is surprised at how quickly MM50 has grown, she hopes it will continue growing and help Keys residents in other life-altering situations.

“Keys [residents] have this unique ability to make the best of every situation and really overcome obstacles that seem impossible,” Langley says. “They’re really a unique breed of people.”

For information or to help the cause, visit facebook.com/mm50reliefproject.