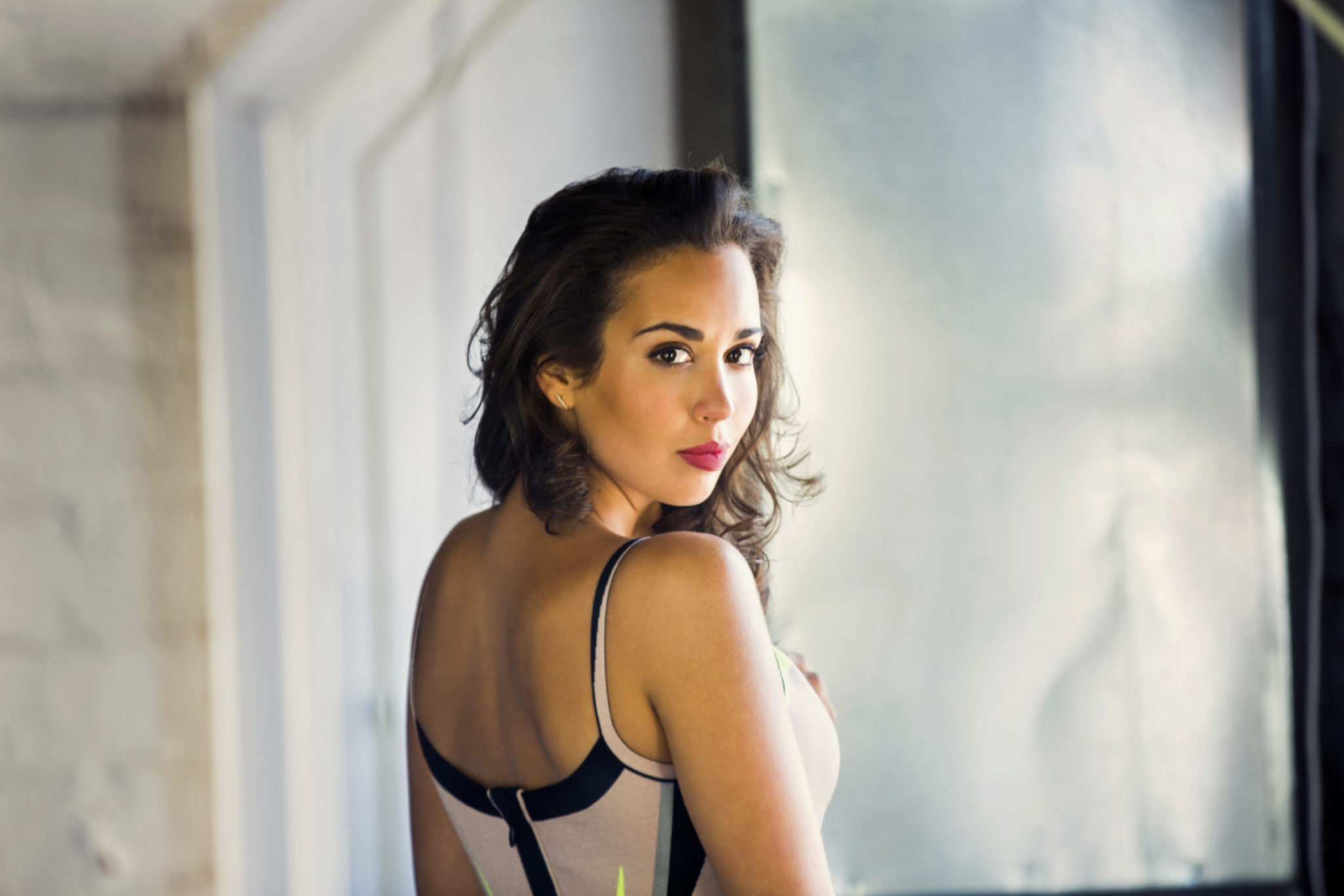 Her Voice Shall Be Heard

Nadine Sierra, known around the world for her prodigious talent, reflects on her rise as an award-winning soprano and the stigmas surrounding opera

As strange as it might sound, given that she’s one of the world’s most acclaimed sopranos, Nadine Sierra has found her voice. At age 32, the international opera star born and raised in Fort Lauderdale (her family later moved to Delray Beach so that she could attend Dreyfoos School of the Arts in West Palm Beach) has exceeded the promise attached to the accolades and accomplishments of her teens and 20s.

She’s no longer just the youngest winner of the Marilyn Horne Foundation Vocal Competition (2007) and the Metropolitan Opera National Council Auditions (2009). Or the first-prize winner of the Neue Stimmen competition in Germany (2013) or the recipient of the Beverly Sills Artists Award (2018).

Sierra is a generational talent who not only can fill concert halls around the world in opera roles written by the likes of Mozart and Verdi, but who isn’t afraid to add her voice when she sees wrongs to right and challenges to overcome.

This much became evident during a lengthy conversation with Lifestyle during which Sierra spoke out about issues plaguing her industry, concerns that were accentuated during the coronavirus pandemic. Among them, contractual clauses that relieve opera houses of paying artists when events are cancelled—even if the performers have incurred weeks of travel, rehearsal and living expenses.

It’s clear, listening to her confident, empowered tone, that Sierra has come into her own. Despite a summer bout with COVID-19 (her mother and sister also tested positive) that left her out of breath and with a flutter in her chest connected to the mitral valve stenosis she’s had since birth—both of which took months to disappear—and the devastating toll that the pandemic has taken on the arts, Sierra remains upbeat and optimistic.

On the eve of her first South Florida performance since taking the stage with Andrea Bocelli in Miami on Valentine’s Day 2017—she’s kicking off Festival of the Arts Boca next month—Sierra spoke thoughtfully and passionately about her journey and her genre.

[Note: This is the second part of Lifestyle‘s interview with Sierra. Read part one here.] 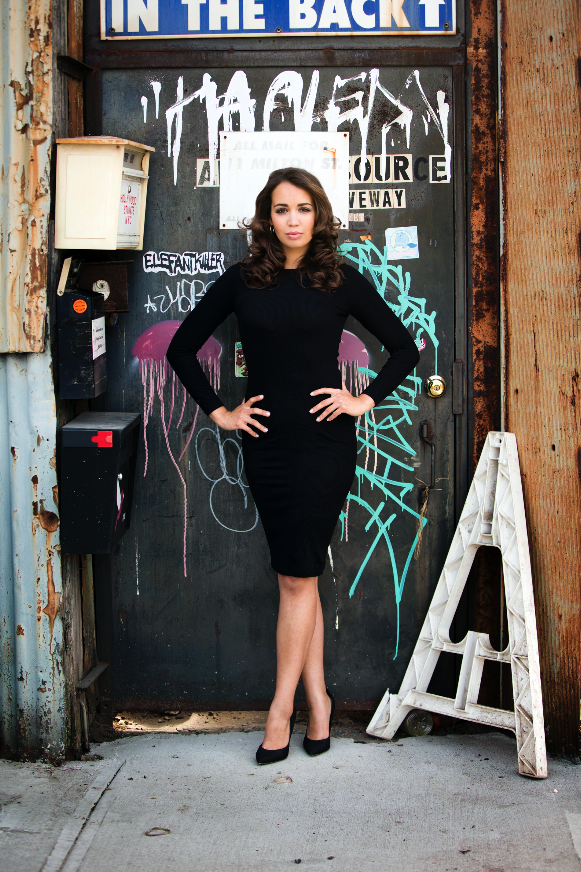 Your voice is everything. What do you do to take care of it and exercise that muscle between performances?
I’ve been with my voice teacher and my vocal coach for 19 years, since I was about 13. So, there’s always been this constant, this trust between student and mentor. I’ve made sure to keep up those relationships because I know that they’re the things that not only keep me singing well but singing even better. I never close myself off to learning just because I think I’ve reached that level and I don’t need to learn anymore. That’s quite stupid and very arrogant.

I’m also an avid gym goer, and I try to keep myself physically fit. I try to eat well. And I try to live happily. So, I guess it’s healthy living combined with a healthy mentality.

Looking back, is there a performance or a period of performing where you realized your life was about to change?
It wasn’t until the end of 2015 and into 2016. I had two huge debuts, one after the other. The first was my debut at the [Metropolitan Opera House in New York]. And then, early in 2016, I had my debut in Milan, Italy at Teatro alla Scala [La Scala]. I was doing the same role for both; I was singing Gilda in Rigoletto.

It was La Scala, especially, where I felt like my life had changed. I was the only American singing an Italian role in that production—and, of course, singing in a Verdi opera. Verdi, for the Italians, is a god. I was young, and I was scared. At La Scala, they’ll boo performers if they don’t like you. I had to focus on the idea that, OK, Nadine, if you just do what you love, and give it to the people with love, you’ll get back something very, very precious. And that’s exactly what happened.

It wasn’t just the reaction to the performance. It was the experience. Internally, I felt the change within myself because it was so overwhelmingly beautiful. And I learned so much from that experience.

Where have been your favorite places to perform—and what do they add to a performance?
The Met [in New York] because of the way it feels to sing in that theater. I always describe it as like you’re singing in outer space. Because when you’re on stage, and the lights are on you in this ginormous theater, you can’t see anything past the lip of the stage. It feels like you’re singing into infinity. That feeling is just incredible; it’s an out-of-body experience.

With Paris Opera, it’s because of the people, the audience. They are so into opera. Almost every performance I’ve ever sung in Paris, the show has been sold out. And that support, that energy you receive from the performer’s perspective, it’s so uplifting, and it gives so much life. … The energy is like a drug. We get that drug from the people watching, and we want to give it back. That’s what live performance is all about.

As for La Scala, it’s also because of the unbelievable appreciation—and almost cult following—that goes with opera and audience. Having that intense appreciation for an art form that you’ve dedicated your whole life to? You can’t put a price on that.

You’ve spoken with great passion about breaking stigmas and developing the next generation of opera enthusiasts. How do you cultivate fresh interest when the perception is that it’s tied to an affluent lifestyle and an older fan base?
I’ve talked to a lot of people who will say opera is for an elitist group. It’s only for the very wealthy, and even for only a certain race of people. But even pre-COVID, I felt that opera and classical music could be an art form for everybody.

Maybe my generation and the generation before me will be the ones who break down those barriers. We’ve been trying. Especially with my own fan base—and I’ve noticed a lot of them are quite young, actually—I’ve tried to keep myself, as an artist and as an individual, humble and relatable. I want them to know that even in an art form where everything seems glamorous and expensive, the artists themselves are very down to earth. And they struggle, just like any other human being.

It takes time to convince people psychologically that opera isn’t just for a particular group of people, and to not feel intimidated by it. And now, with COVID, it’s just another challenge in that department.

Why are the arts so important to the fabric of a community?
Arts culture isn’t just a way to satisfy a need for entertainment. It’s another form of education—whether it’s learning about our history, or [developing] an appreciation for creativity and where that comes from. It’s about continuing to grow as human beings.

Without that culture behind us, it’s like you lose a part of your humanity. You lose a certain joy. And we humans need that.

Sierra performs an aria from Mozart's "Idomeneo" at the Metropolitan Opera

Festival of the Arts Boca

The 15th incarnation of this annual cultural showcase (March 6-14) promises virtual performances by artists with Florida connections from locations all over Boca Raton. Each program will stream once on the Festival of the Arts website. Among the highlights:

March 6: The festival kicks off with a performance at Boca Raton Airport by internationally renowned soprano Nadine Sierra and friends.

March 9: Bruce Feiler, author of seven New York Times bestsellers, will have an interactive discussion about his latest book, Life Is In The Transitions: Mastering Change at Any Age.

March 13: The Festival of the Arts Boca All-Stars, featuring musicians from the Festival Orchestra led by music director Constantine Kitsopoulos, will perform.

March 14: The Festival closes with Grammy-winning jazz flutist Nestor Torres and his band at the Boca Raton Resort & Club.