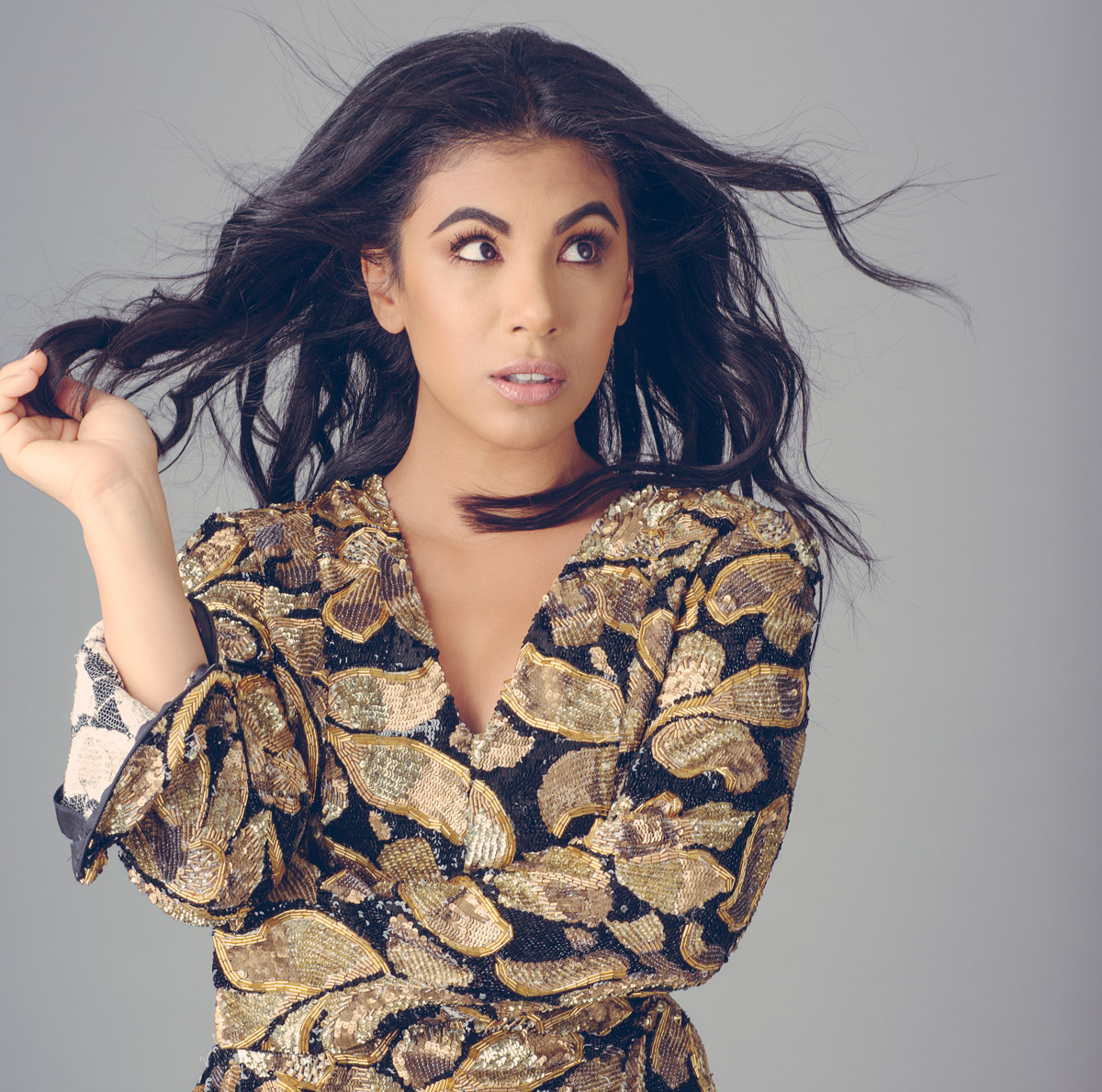 Ask “Pitch Perfect 2” star Chrissie Fit something she’s learned about herself, and she’ll tell you that she’s recently had a sort of epiphany.

“I’m just now coming to that realization—people want to put other people in boxes, and I think I thrive outside the box,” says the Miami-born Fit, 33. “I think bigger picture.”

Case in point: While a fifth grader at Ben Sheppard Elementary School, Fit longed to perform in the show the sixth-graders were putting on, convinced that if her crush saw her, he would fall for her. When she asked if she could perform, the teacher informed her that fifth-graders weren’t allowed. Plus, there weren’t any parts left. Unfazed, Fit asked a neighbor to lend her a copy of the script and returned to the teacher with an idea.

“I said, ‘Ms. Sanchez, there’s no bad girl in this play, and I think that every play needs a bad girl, so can I have the part?’ ” Fit says. “I don’t know if she felt sorry for me or was impressed that I took initiative to make my own role. But … she put me in the play. I was the only fifth-grader in the sixth-grade play.”
Though Fit didn’t find young love—and has no regrets after looking up her young crush on Facebook—she did catch the acting bug, which complemented a lifetime of singing and performing for her Cuban family at get-togethers.

Fit later pursued her dreams by studying theater at Florida International University. However, she realized she had to move to Los Angeles if she wanted to go further. Though Fit struggled with loneliness and feeling like a fish out of water, she started acting classes, got an agent and landed her first speaking role in the Nickelodeon show “Zoey 101.” She also had roles in other series, including “General Hospital.” A bigger break arrived when she auditioned for Disney Channel’s “Teen Beach Movie,” an homage to the teenage beach flicks of the 1960s.

Once again, Fit carved a place for herself in the narrative while auditioning for the role of Chee Chee. Because the character description didn’t give her much to go on—it read “a member of the biker crew; very loyal to Butchy”—Fit took a cue from the beach movies she had seen and used the New York accent bikers had in those films.

“I went to the audition and did the voice, and I did the little laugh and the casting directors were silent at first,” Fit says. “I was like, ‘Oh, no, I totally messed this up.’ And they were like, ‘That was great. No one has done that.’ It goes to show you have to take a risk or make a bold choice to stand out or make something from nothing.”

The film premiered in 2013 and attracted 8 million viewers, becoming the second-most watched movie in cable TV history and spawning a sequel. An even bigger opportunity came when her agent told her auditions were being held for a sequel to 2012’s “Pitch Perfect.” Fit was a fan of the hit comedy, which starred Anna Kendrick as an unwilling member of a collegiate a cappella group. She auditioned for the role of Guatemalan student Florencia “Flo” Fuentes, convinced she wouldn’t get it. “I was like, ‘I’m just gonna do my thing, and if they like it, cool,’ ” Fit says. “You should always think that you belong. That was the lesson I learned.”

Fans and filmmakers agreed, and Fit is set to reprise her role in “Pitch Perfect 3,” which comes out Dec. 22. The daughter of Cuban immigrants hopes that Latina girls who watch the film know that there’s a place for them in major Hollywood stories. She’s also looking forward to seeing more representation on screen.

“I wish that we could see more [Latina women] in leading roles,” she says. “We go through the same things. We experience love and pain in the same way.”

True to form, Fit isn’t waiting around for roles. When “Pitch Perfect 2” director Elizabeth Banks (who starred in “The Hunger Games” films) took notice of Fit’s desire to work behind the cameras, she approached her about working together. Fit called upon the talent of her creative partner and FIU alumna Cyrina Fiallo (with whom she produced a 2010 webseries “The Subpranos”). Together, they partnered with Cosmopolitan and Banks’ comedy website, WhoHaHa, to create the webseries “Temporary,” for beverage company Sparkling Ice. Both Fiallo and Fit produced, starred and wrote the series about best friends’ misadventures in temporary jobs.

“My goal is to write work that I’m in and produce work,” Fit says. “I love creating. I love making a world. … I think that you kind of have to take initiative. I want to be as [bold] as I was in fifth grade and say, ‘Hey, look at me. I can do this and I can write it myself and I can be in it myself.’”