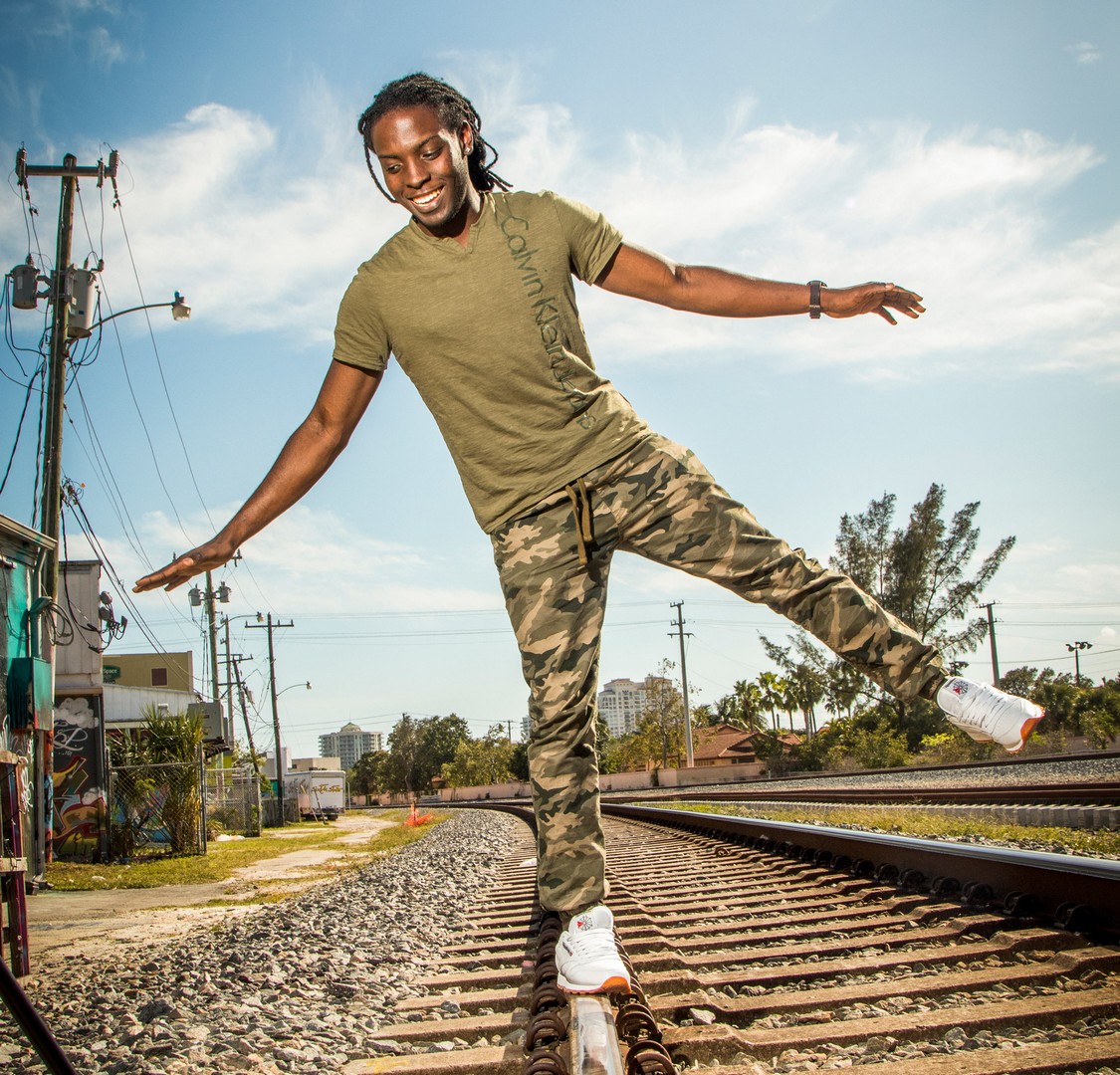 Once in a Blue Moon

For someone who was plucked from obscurity to play a pivotal role in the film that just won the Academy Award for Best Picture, Patrick Decile sure manages to keep things real—especially when it comes to the phone call that might lead to his next job.

Asked about the doors he hopes will open in light of his powerful big-screen debut as Terrel, the relentless high school bully in the second act of director Barry Jenkins’ “Moonlight,” the sophomore at Broward College doesn’t hesitate.

“I’m just hoping that I can get hired at Toys R Us,” he says. “Seriously. I’ve been calling them forever. Maybe if I interview now, I can finally get that job.”

Decile might be joking, but it’s hard to tell sometimes. What happened to this unassuming 20-year-old last year is the real-life stuff of Hollywood legend. Before “Moonlight,” Decile’s acting résumé consisted of a drama club production at North Miami Senior High School. (He portrayed a character who interviews applicants in a play about how to fail a college interview.) That’s it.

Any other young actor, having caught the break of a lifetime in one of the lowest-budget motion pictures ($1.5 million) ever to claim Oscar’s biggest prize, might do anything to stay adrift in the movie’s jet stream. But as he thoughtfully answers questions inside the café at C&I Studios in Fort Lauderdale, Decile comes off as someone who won’t be defined one way or another by his “Moonlight” moment.

“I do have the performance bug,” says Decile, who’s also a vocalist, rapper and poet (his musical alias is Pat Pandoe). “I’m exploring my options. But I also understand that ‘Moonlight’ was a stroke of luck. It could have been anybody hired for that part.”

The irony is that Jenkins and the casting team hired someone to portray a schoolyard sociopath who, himself, was bullied as a youngster—and who also grew up without a strong male figure, two elements essential to the “Moonlight” story. Decile was only 2 when his birth father was deported to Haiti after being charged with “lewd and lascivious acts against a minor,” according to his mother, Destina—who was only 14 when she gave birth to her oldest son.

“The only picture I saw of him was a mugshot,” he says.

Shortly thereafter, Destina would start a relationship with a man who was in Decile’s life for the better part of four years. He also was in the United States illegally. Though Destina was trying to help him with the appropriate paperwork, he eventually was detained trying to cross the Canada/U.S. border and ultimately deported to Haiti.

“I was always looking for a role model,” Decile says. “Nobody really embraced that.”
Already quiet and introverted by nature, he retreated even further during middle school in Miami. At home, he tried to assume responsibility for his siblings (he has a stepbrother, now 13, and a stepsister, now 11; Destina also has a 15-month-old son)—but his mother didn’t want that for him, an ongoing source of frustration for Decile. “I wanted him to be a student and my son, not the man of the house,” Destina says.

At school, he was bullied for having long dreadlocks and for being Haitian.

“That was my first urban school,” Decile says. “The bullying was awful. I had a friend who was just a little effeminate; they picked on him mercilessly. The weirdest one for me was being bullied for my descent. I heard, ‘Haitians eat cats’ or ‘Don’t do voodoo on me.’ People wouldn’t sit next to me in class or talk to me over being Haitian.

“It shook me up. I think that’s what put me in my shell.”

An acting class he took in 10th grade at North Miami High would pull him out of it. Everything that Decile had bottled up to that point came pouring out of him in classroom assignments and as part of the drama and poetry clubs.

“Kids didn’t care about how they looked or how they dressed,” the Fort Lauderdale resident says. “They could express themselves. I liked that.”

Before later transferring to Broward College, Decile first attended Florida Memorial University in Miami Gardens. One day, during his Intro to Theater class, Jenkins and his associates showed up. “The teacher was like, ‘These guys over here, they’re important,’ ” Decile recalls. “ ‘I’m going to have you act out some prompts. Don’t embarrass yourself.’ ”

A few weeks later, an unknown number appeared on Decile’s phone. He typically lets such calls go to voicemail, but this one he answered. It was co-producer Andrew Hevia; Decile had been cast as Terrel.

He spent three days in Miami shooting his scenes, for which, his mom says, he earned about $3,000. At the Miami premiere, Decile says his heart was “about to burst out of my chest” each time he saw his character on screen. His mother, meanwhile, cried throughout.

“I only see this outgoing side of Patrick when he performs,” says Destina, who is fielding acting offers as Decile’s manager. “I had never heard him say a curse word until I saw the movie.”

So convincing was Decile that when Terrel takes a chair to the head from the teen that he has bullied, during the climactic scene of the second act, the crowd at the Miami premiere stood as one and cheered.

It’s a moment that stays with Decile, just like the time his high school classmates clapped after he read his first monologue in acting class. Still, to this day, he isn’t entirely certain why Jenkins chose him out of the dozens of actors who auditioned.

“I don’t want to delve into the stereotypical realm, but I do have dreads and dark skin, so I probably fit a bully,” he says. “They told me that I was talented, whatever that means.

“But something tells me that one of them thought, ‘I’d really like to see that guy get hit with a chair.’ ”