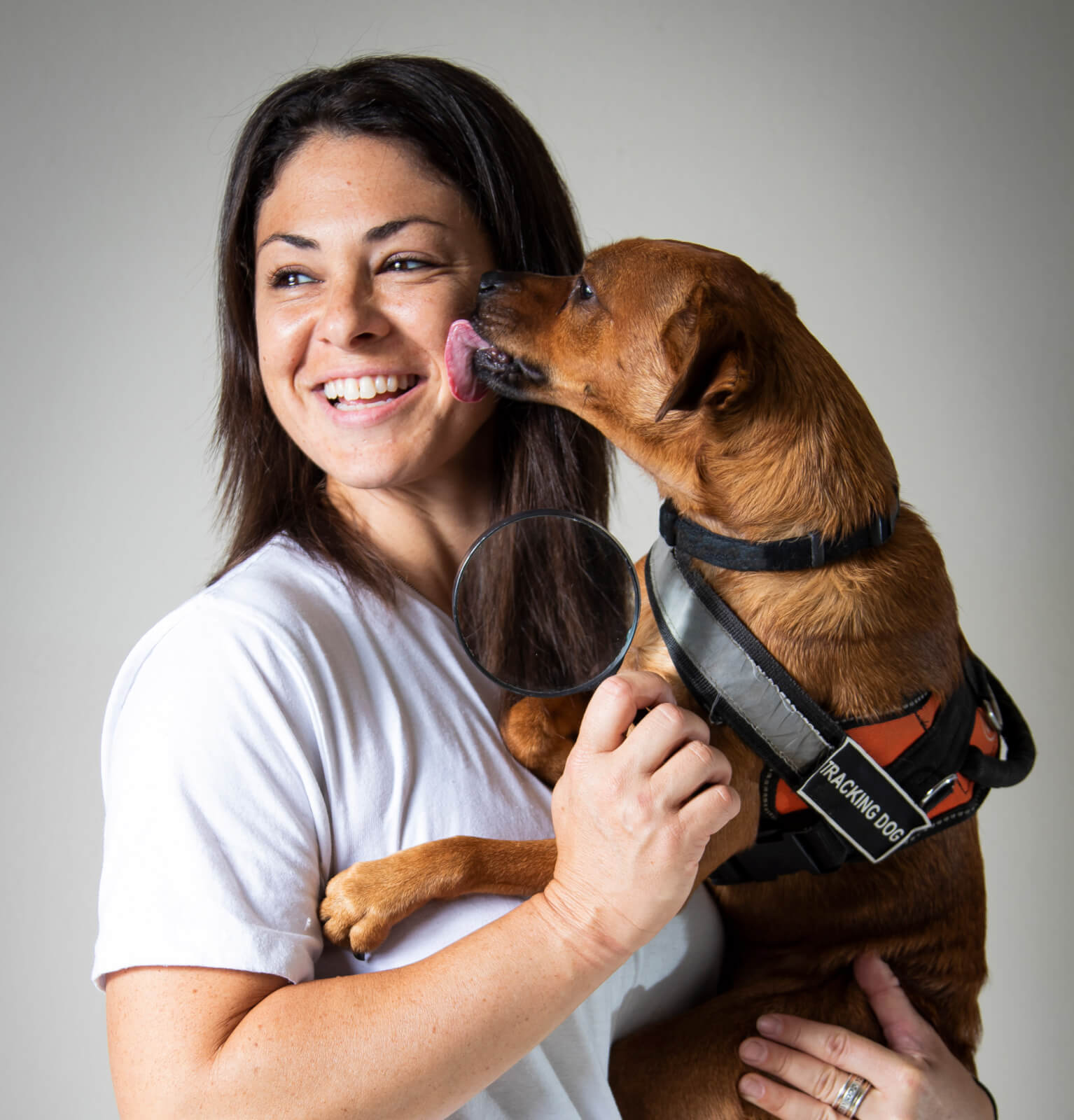 Jamie Katz knows what it feels like to be frantic over the loss of a pet. When she was a child, her beloved cat Blackjack escaped from her home near Boston. Katz rode her bike across town for days but came up empty-handed. Blackjack was gone.

The feelings of helplessness that follow the realization that Fifi or Fido is missing is not only what drives Katz on most days, but it’s what got her into her current job as one of only a handful of private investigators in the United States who specialize in finding lost animals.

After moving to Florida in 2015, Katz’s pet cat was killed by an acquaintance’s dogs. Despite years of working with animals in shelters and on the streets of Baltimore, Katz says she was paralyzed at the thought that she couldn’t save her own beloved pet.

“That franticness sent me on this spiral, [a feeling] that I couldn’t help myself,” she says.

But in helping other people find their lost animals, Katz discovered her Zen. “It’s so much easier to help somebody else when they’re frantic,” says the 37-year-old. “I make it so that my clients who are [upset] don’t have to think of what to do.”

The cases Katz takes are all over the map. She solved what seemed to be a kidnapping case of a family dog, discovering that the dog actually was eaten by an alligator. She reunited an African grey parrot named Oscar with its owners after the bird was held by a local rescue organization. And she even helped Jasmine Jordan—daughter of Chicago Bulls Hall of Famer and Palm Beach County resident Michael Jordan—reunite with her missing Pomeranian-Yorkie mix, Mila.

Katz didn’t start out with dreams of becoming a real-life “Ace Ventura.” She earned a degree in criminology in Baltimore and has worked in bail bonding and traditional private investigation (she’s a registered prviate eye). But an episode involving a neighbor’s missing cat, and a subsequent introduction to scent dogs, piqued her interest and redirected her career.

She started her business from her Fort Lauderdale apartment in September 2015. Since then, Katz says she has taken on 450 cases, with a success rate of 66 percent—which she says is four times higher than the national average. “Usually within the U.S., only 15 percent of pets are found,” she says.

For $495, Katz profiles a client’s lost or stolen animal and creates large, laminated, highly visible signs with a photo, a phone number and a reward notice. Katz says rewards are key. “Your strategy is: I want my animal back. If you can make somebody imagine what they can buy with that money, you’re going to make someone call you if they have that information.”

The signs are posted strategically through the area where the missing pet was last seen. “I’m creating awareness,” she says. “I make it as hard as possible for anybody to come into the radius of where your animal went missing and not see a sign. If I can create awareness, I can do anything.” As reports come in over the phone, Katz spends her days following up on any useful tips.

For $905, Katz involves her teammates in the search: a 3½-year-old Brittany Spaniel named Gable and a 3-year-old terrier mix named Fletcher. Katz says these dogs are trained to track the trail of missing animals. “Fletcher and Gable will tell me if the animal walked off the property or was driven away,” she explains.

Katz says tenacity and specialized training make her successful. “I can find any animal,” Katz says. “I put my whole self into each case I work. I love the animals and I love the research part of it,” she says, pausing.