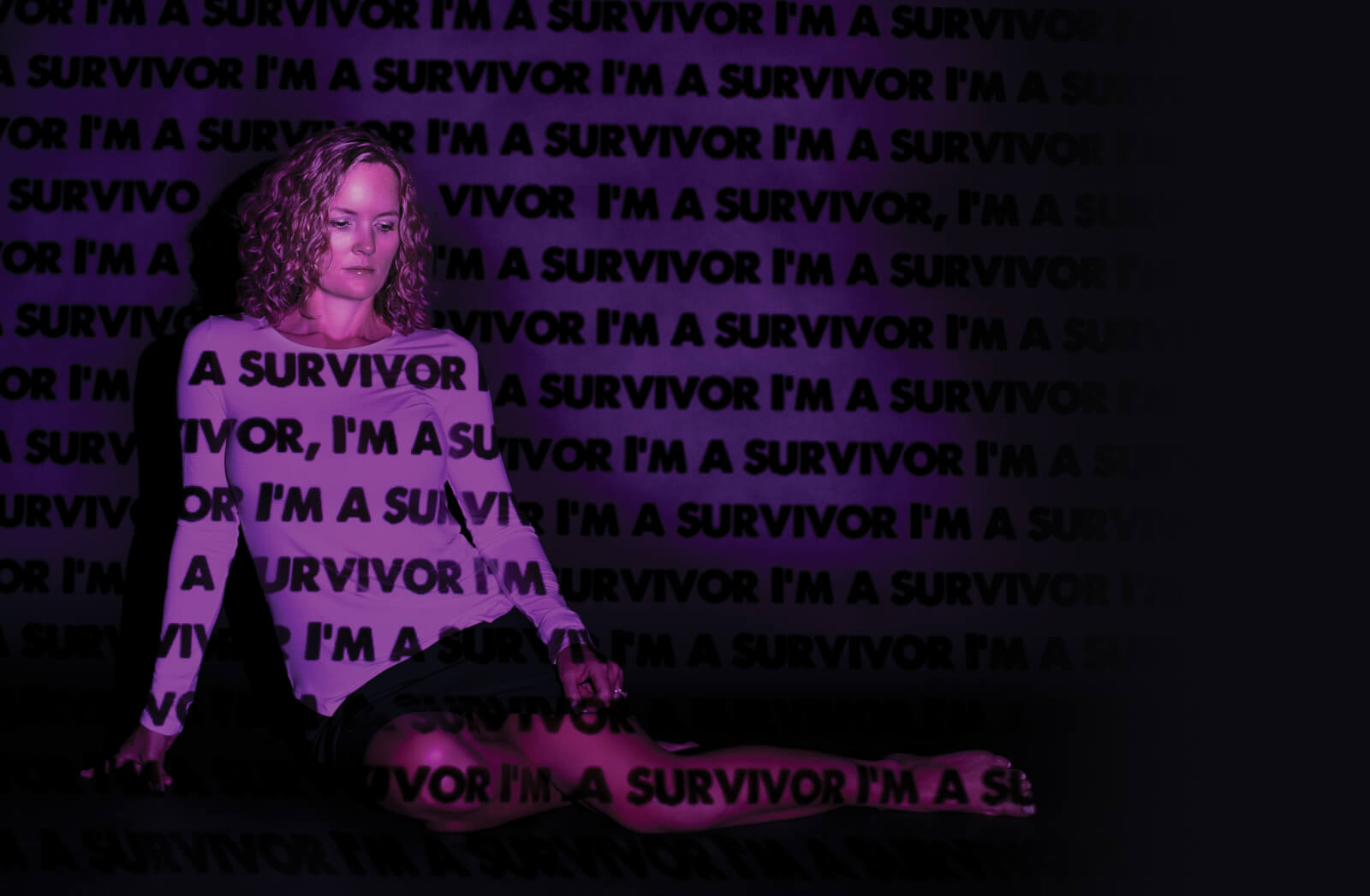 “It was the week I was due to deliver my daughter, Saylor. I felt a lump that I assumed was a milk duct, so I showed it to my OB. He instantly red-flagged it and scheduled an ultrasound for the next day.

“But I went into labor. I delivered Saylor on Feb. 11, 2015. I was able to hold her for a bit, and then they wheeled me away for the ultrasound. That night, my doctor comes into my [hospital] room. He had this look on his face.

“‘I’m concerned,’ he said. ‘We found something on the ultrasound.’

“Two days after giving birth, on a Friday, I had a biopsy of both my breast and lymph nodes. I remember walking into the doctor’s office on that following Monday. My meeting was scheduled for 5 o’clock. By then, I knew the staff—when you’re pregnant, you’re in there every week. And they were all so subdued. My doctor looks at me and says, ‘I don’t have good news.’

“I had stage 2 breast cancer [estrogen-positive, progesterone-positive and HER2-positive], and it was in my lymph nodes. My husband cried. I’d never seen him cry. My doctor got choked up. I was like, ‘OK. What do we have to do?’ I was still in shock. I hadn’t let my head wrap around it yet.”

“My tumor was 5 centimeters. My oncologist decided on chemo first, 16 rounds over 16 weeks. Then a month break. Then, a double mastectomy with reconstruction on Aug. 21. Then, starting in October, 33 rounds of radiation, Monday through Friday, over a month and a half. I had the procedure for my implants on Christmas Eve.”

• “The night of my diagnosis, my husband was so emotional. He said, ‘If all I ever have is up until now, it was worth it.’ I told him that we don’t need to think like that. But his emotions made it real for me.”

• “When Saylor was about 1 week old, I went in for a PET scan. I was told to stay away from my baby for like 12 hours. My husband worked it out where I stayed at his mom’s house for that night. After the scan, I just wanted to pass time. So, I went to Target, which was next to a Babies R Us. I saw a mom walking out of the store with her baby, and I just lost it. I sat in my car until about 8 o’clock, just crying.”

• “A lot of these ‘firsts’ that new moms have, that half my friends had, I didn’t have them because I couldn’t be around Saylor. I couldn’t breastfeed. I wouldn’t hold her after a chemo treatment because my system was radiating stuff. And with chemo, you’re spending four days out of the week dealing with blood work, booster shots and seeing your doctor—in addition to the day of chemo. I couldn’t bring Saylor to any of it.”

• “I have a group of about 16 college friends, and, usually, we get together once a year and go to Myrtle Beach. That year, they sent me a calendar of who was coming to visit. Almost every week out of the 16 chemo rounds, a different friend flew in and took me to my treatment.”

• “About two months in, my mom quit her job in South Carolina and moved in with us. So, I had my husband, my mother-in-law, who is a nurse, my mom and my friends. I was so fortunate.”

• “We had an outpouring of people bringing us food, which was awesome. And, of course, everyone brings a casserole. Did you know you can’t have tomatoes when you’re on chemo? It’s because of the acid in the tomatoes.”

• “I’ve always prided myself on being able to work out. [I struggled with] being so tired after chemo—it would knock me down for the entire day, and I’d feel weak afterward. Plus, I was gaining weight without feeling hungry. Now, I look at the photos from that time, and it’s just not me. My posture seems so guarded. I looked like a shell of a person.”

• “After losing my eyelashes, my eyes were so bloodshot and red. My mom hated looking at me because it looked so painful.”

• “After having a baby, after going through chemo and losing my hair, after losing my breasts, I worried that my husband would never look at me the same. Does he even want to touch me? There were nights I’d lay in bed and cry and think, how can he love me like this? I had no confidence. And that’s not me. I didn’t feel like a mom. I didn’t feel like a female. That was the lowest point for me. But I got through it. And I think it made me even stronger.”

• “I always say that my husband and I survived having a baby and cancer at the same time. We can survive anything.”

• “I feel like Saylor is my angel. Had I not been pregnant, this tumor may have been dormant. It may not have shown up, the doctors said. It could have popped up later in life, as a stage 4. Saylor saved me.”

[Editor’s note: HER2-positive, according to the National Cancer Institute, describes cancer cells that have too much of the human epidermal growth factor receptor 2 protein. “In normal cells, HER2 helps to control cell growth. When it is made in larger than normal amounts by cancer cells, the cells may grow more quickly and be more likely to spread to other parts of the body.”]